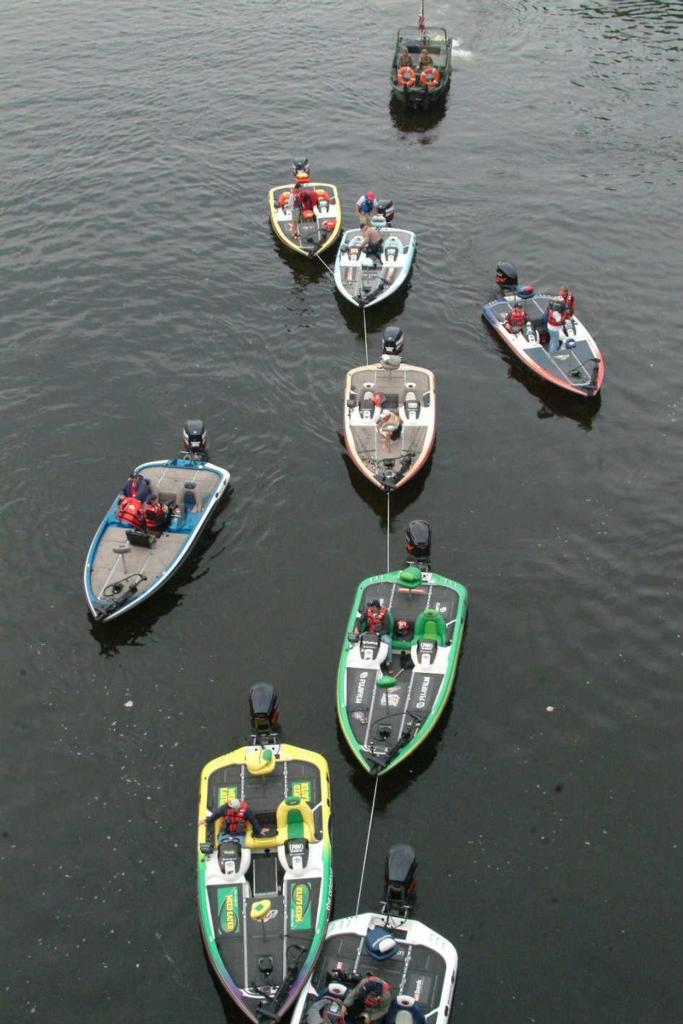 HARTFORD, Conn. – Perhaps the Wal-Mart Bass Fishing League All-American should be renamed the All-American Obstacle Course, because that is exactly what the Connecticut River has been this week for competitors. Changing weather conditions? Check. Falling water levels? Check. Changing speed limits? Check.

But anything worth having shouldn’t be a walk in the park, so the top 10 All-American finalists set out today – the final day – to prove their mettle on a truly challenging fishery. Currently leading the top 10 in the hunt for the $140,000 top prize is Georgia’s Kip Carter, who has a razor-thin 6-ounce lead over Robert Walser of Lexington, N.C.

“My biggest thing is the water is continually dropping all day,” Carter said. “I have to figure out the fish all over again. They relate to different cover every day.”

Luckily for the finalists, the skies have returned to cloudy after a bluebird day yesterday that frustrated competitors who had a tougher time catching fish without the cloud cover. But one small wrench in the plans is the lower speed limit that went into effect for today’s competition, though that limit has actually been raised for the All-American.

The 45-mph speed limit had been waived for the first two days of competition, but normally on the Connecticut River, the weekend speed limit is 35 mph. However, competitors will be allowed to max out at 45 mph today as they cruise around looking for fish. Carter, though, says the effect of the imposed speed limit will be minimal.

Carter, Walser and the rest of the top 10 will weigh in their final catches today beginning at 4 p.m. Eastern time at the Connecticut Convention Center in Hartford. The winner is determined by the heaviest three-day weight.