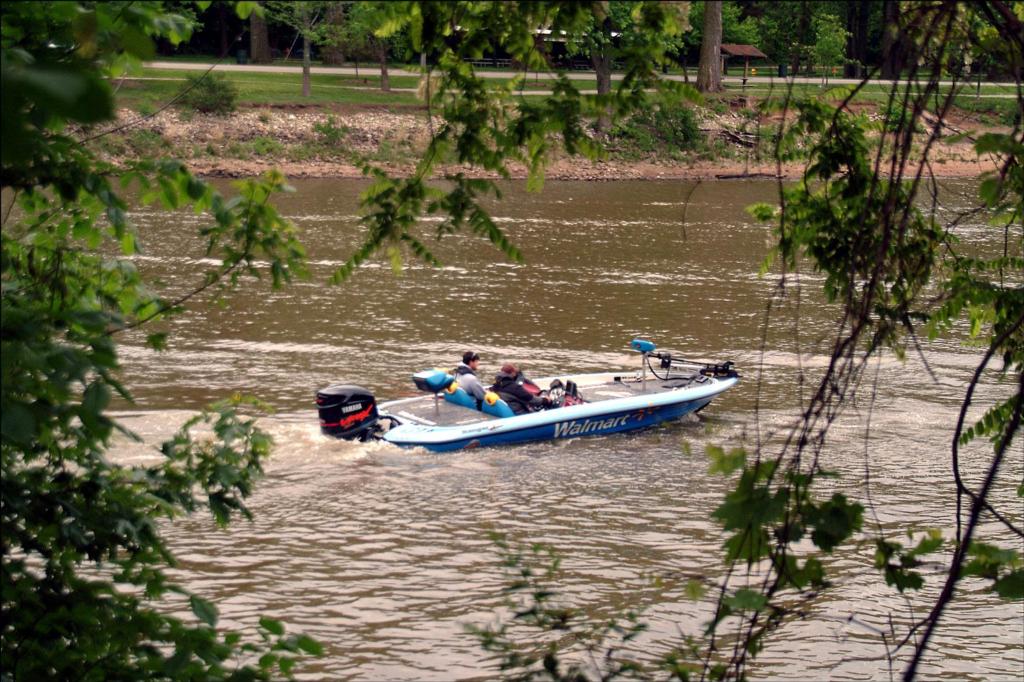 DAVENPORT, Iowa – They’ve come from throughout the nation: the best 108 grass-roots bass anglers in the country, having scrapped their way out of any of 28 tournament divisions and scaled the wall of postseason regional competition to vie for the 2009 Walmart BFL All-American title on the Mississippi River. And the final battle for supremacy is just beginning.

Not only will the best 54 boaters and 54 co-anglers from the 2008 Bass Fishing League season throw down this week in the Quad Cities for a shot at greatness in the 2009 championship, they will also fight for the winning bite in recently lowered water. But the stakes are as high as ever: as much as $140,000 ($100,000 guaranteed) goes to the winning boater and up to $70,000 ($50,000 guaranteed) to the winning co-angler, each of whom then qualify for the prestigious $2 million Forrest Wood Cup. Last place in this no-entry-fee championship pays $2,500 (or as much as $4,500 depending on contingencies) to the boater and $1,500 (up to $2,500) to the co-angler, with much more money up for grabs in between.

All-American competitors had one official practice day Wednesday that saw pool levels down as much as 3 feet from where they were before the nine-day off-limits period. And now the anglers who practiced here earlier in the month are adjusting to this reality as the tournament begins and the U.S. Army Corps of Engineers opens up dams. So while pool levels around the Quad Cities are considerably higher than normal – opening up new fishing areas – the bite is changing with the recent drop, and the current is moving swiftly for the time being.

Pools 13 through 17 are open to All-American competitors, and like many, Knight had been fishing 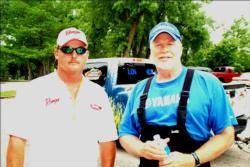 upstream in 13. But with the fast water and recent drop – “It’s way down; they dropped it over a foot (Wednesday)” – he said he tried to find something closer to the Rock Island, Ill., takeoff site. After a disappointing practice day that yielded a sack weighing about 10 pounds, he will again head upstream Thursday.

Hoosier Division boater Dan Pardue of Morgantown, Ind., practiced on the Mississippi River for eights days prior to the May 18 beginning of the off-limits period, and he said yesterday the change in conditions boils down to “lower water and more mud.”

“We had to push-pole our way back into some of our spots,” Pardue said of his primary areas in pools 16 and 17, adding that it was worth the effort. “We had plenty of bites (Wednesday). We’ll do all right.”

Pardue found a solid buzzbait bite “not fishing anything deeper than a foot,” while Knight reported catching his bass with spinnerbaits and by swimming a Choo Choo Custom Lures jig in “peanut butter and jelly” color in 2 to 4 feet of water. Knight has been fishing isolated pockets away from the current.

Knight and Pardue (not practicing together) bracketed a two-day weight prediction for what it will take to make the cut to fish Saturday’s finale: 20 pounds (Knight) to 24 pounds (Pardue).

While Pardue has been fishing within 30 miles of the launch, several competitors have their sights set farther upstream on pools 13 and 14. But with distance and locking time (locks separate each pool), such destinations leave precious little fishing time.

Boater George Crain of Cropwell, Ala. – a veteran of several BFL divisions and winner of last year’s Chevy Trucks Wild Card – said of the most upstream river pools: “It’s the best water, but leaves the shortest time … only an hour and a half to fish.”

But the temptation to maneuver upstream three or four pools, despite the time commitment, is obviously strong. A majority of the 54 boats that left Sunset Park Marina this morning under overcast skies were headed that direction.

When asked if he would gamble on pool 13 to kick off competition, Crain – who has amassed 12 top-10 BFL finishes in his career including two wins – said, “We might go all the way.”

The All-American will feature a Free Family Fun Zone and Outdoor Show with children’s rod and reel giveaways courtesy of Cumulus Quad Cities and a home entertainment package giveaway on the final day of competition. Get full details online at FLWOutdoors.com/allamerican.

The three-day show will be held at the RiverCenter located at 136 E. 3rd St. in Davenport, Iowa. The Family Fun Zone and Outdoor Show will open at 2 p.m. Thursday, May 28 and Friday, May 29. On Saturday, May 30, the show will open at noon. Daily takeoffs will be conducted at 7 a.m. from Sunset Park Marina in Rock Island, Ill., and weigh-ins each day will be held at the RiverCenter at 4 p.m. The home entertainment package winner will be drawn from the crowd during the final weigh-in. Admission and all activities are free.

In BFL competition, boaters and non-boaters are randomly paired each day, with boaters supplying the boat, controlling boat movement and competing against other boaters. Non-boaters fish from the back deck against other non-boaters. The full field competes in the two-day opening round for one of 10 slots in Saturday’s competition based on their two-day accumulated weight. The top 10 boaters and non-boaters continue competition Saturday, with the winner from each determined by the heaviest accumulated weight from all three days.

Water temperature at the ramp: 65 degrees