BFL All-American leader to slow down on Cross Lake 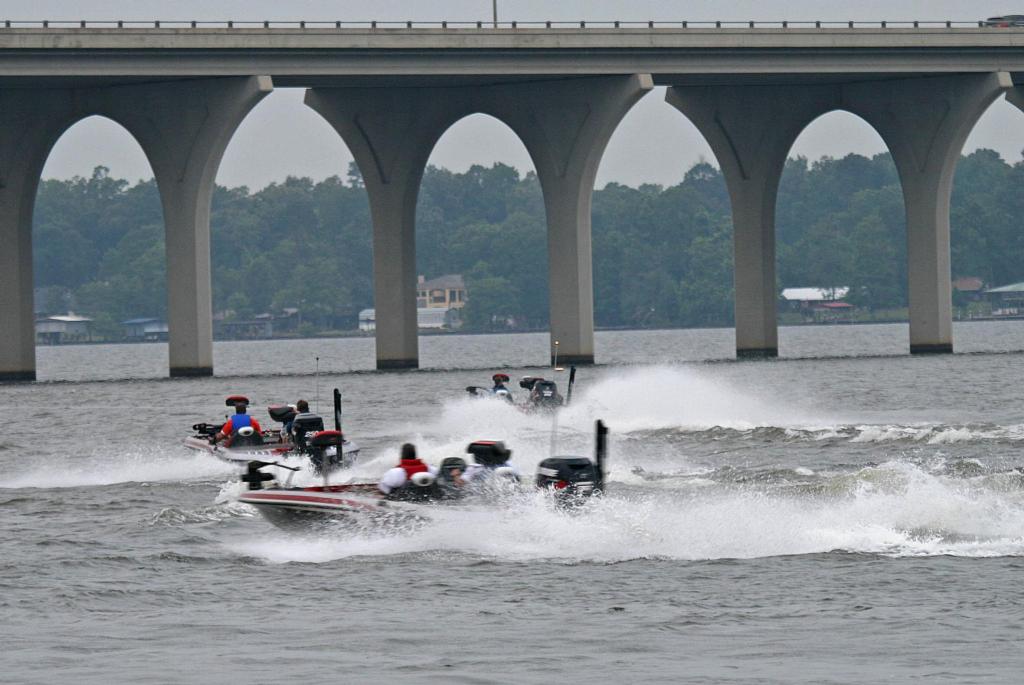 “I’m going to slow it down this morning,” Wheeler said. “I had a few bites in a couple of key areas yesterday.”

Although he carries a 7 1/2-pound lead into day two, Wheeler said he’s keeping himself grounded so he 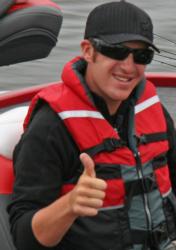 can focus on the task at hand.

“I don’t want to get all pumped up with the (tournament excitement),” he said. “You can get all caught up in the whole All-American thing. I mean, it’s an awesome tournament and you know what it’s for – you’re fishing for $100,000 and the possibility of making it as a professional.

“I know where I’m at, but I don’t want to get caught up in it. I want to slow down and make sure I catch some fish.”

Wheeler used a variety of moving baits on day one, but he said he’ll start his day with more targeted presentations – most likely jigs and Texas-rigged plastics.

In second place, Tennessee pro Lloyd Pickett Jr. moved away from the shallow stuff that many were fishing and fared well by working cypress trees in the 6- to 7-foot range with Texas rigs, Carolina rigs and crankbaits. 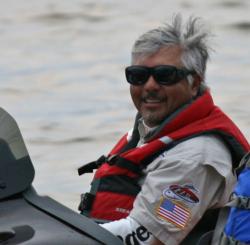 Fourth-place pro Kip Carter had only three fish on day one, but he found good ones. His trio weighed 9-6, so he was around quality. Carter’s strategy involved pitching plastic finesse rigs far back into cypress cover. He found bigger fish favoring the cleaner water and greater protection of the shadowy habitat.

Many anglers will likely try topwaters early and some may keep the surface baits handy all day. Third-place pro Shonn Goodwin will do just that with a handmade prop model fashioned by a friend who builds baits as a hobby.

Goodwin found a solid pattern of postspawn fish sliding out the ditches linking their backwater flats to the main lake. He’ll also work handmade crankbaits – same friend – through these areas.

Starting the day in the number five spot, Virginia pro Derik Hudson will again put his faith in a selection of plastics made by Power Team Lures. One of his main rigs will be the Texas-rigged Jig. Essentially a craw shaped plastic with a plastic fringe at the head end, the bait works similar to a jig when Texas rigged with a bullet weight and stopper. The streamlined profile, however, allows the bait to slip in and 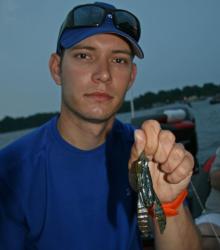 out of cover with fewer snags than a jig.

“My game plan is to cover water,” Hudson said. “I have grass I’m fishing, cypress and docks, so it will be a little bit of running and gunning.”

As Wheeler noted, the lake’s protected slot limit (no fish between 14 and 17 inches), compounded by today’s forecast for rain and possible thunderstorms will create a challenging scenario. “It’s going to be hard to stay consistent on the lake, but the guys who catch 10-pounds a day are the guys who are going to be right there at the end.”

Hosted by the Shreveport-Bossier City Regional Sports Authority, the tournament features the top 49 boaters and top 49 co-anglers from across the country casting for top awards of up to $130,000 in the Boater Division and $60,000 in the Co-angler Division plus the opportunity to compete in the 2011 Forrest Wood Cup presented by Walmart on Lake Ouachita, Aug. 11-14. 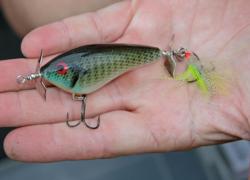 The BFL is a 24-division circuit devoted to weekend anglers, offering bigger prizes to those who qualify for regional championships and those who make it to the BFL All-American. Top winners in the BFL 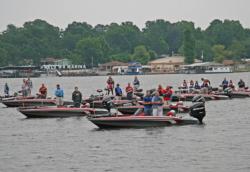 can move up to the EverStart Series or even the FLW Tour.