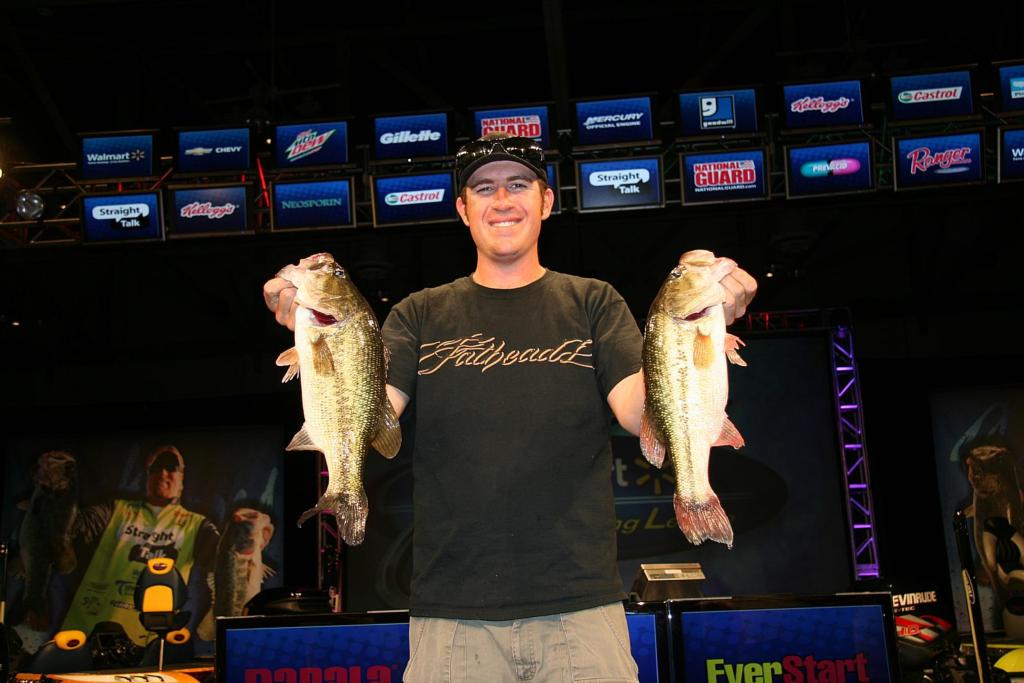 SHREVEPORT, La. – Resting on his laurels, he was not; however, Jacob Wheeler must have really appreciated his huge day-one lead when Cross Lake turned tougher for the second day of BFL All-American action.

Wheeler opened his tournament performance with an 18-pound, 6-ounce limit yesterday and topped the field by a 7 1/2-pound margin. Today was no washout, but stronger winds of up to 20 mph jostled the lake, muddied the shallows and generally complicated and already complicated lake.

For those just joining us, Cross Lake has a protected slot limit of 14-17 inches for largemouth bass. That means the statewide minimum of 12 inches applies, but anglers can only keep those that measure under 14 inches or over 17 inches. Additionally, only four of the tournament’s five-fish limit may measure over 17.

Wheeler and all of his competitors had to work around this extra level of challenge and many lamented the painful moments of releasing quality fish because they measure in the slot. Not to digress, but North Carolina boater Robert Walser described two frustrating days of finding plenty of fish, but only one keeper each day.

“My Ranger boat and Evinrude (engine) got me to my spots and my Minn Kota trolling motor took me where I wanted to go, but I just watched that slot beat me like a drum,” he said.

Now, back to Mr. Wheeler’s day. The Indianapolis, Ind. boater added another limit that weighed 10-4 to 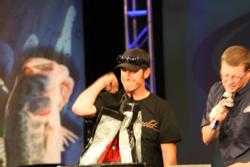 bring his two-day total to 28-10. Despite the drop in productivity, his lead actually swelled to 9 1/2 pounds.

Contrary to his day one plan of running and gunning, Wheeler spent more time focusing on the better areas he found a day earlier. By comparison, he hit about 30 spots on day one and fished a third as many today. Most of his fish came on a tube flipped near deeper cypress trees, but he also caught fish on a topwater plug and a crankbait.

“It was definitely a tougher day today,” Wheeler said. “Yesterday, I ran around a lot more but today, I just decided I needed to slow down and maintain my lead and it just so happened that I gained a couple of pounds.

“I sat down in a few areas today and really tried to work the fish out. I had a lot of water that I caught them in yesterday, but (today’s) wind muddied that water up. And if you have trees in two feet of water and you have 2-foot waves, that doesn’t really work out for those bass. They’ll pull out and that’s what happened today.”

Also working against him was a lack of current. Yesterday, he found an area where moving water was stimulating the fish. He had hoped to capitalize on that today, but the current was absent.

Looking ahead to the final round, Wheeler said he realizes he cannot afford to let his productivity slip any further, regardless of his lead. “I only had five keeper bites today between the `overs’ and `unders’ 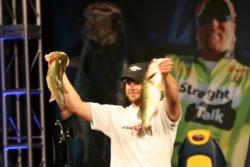 Apparently, catching one fish that weighed a pound and four ounces didn’t sit well with Mike Brueggen. The La Crosse, Wisc. boater placed 42 on day one, but he roared back on day two with the event’s second largest sack – a17-14 effort that boosted his total to 19-2.

Targeting a ledge that went from two and a half feet to six, Breueggen did his day-two damage by fishing a black and blue Lethal Weapon football jig and a Paca Chunk trailer. The jig’s hollow head has a tungsten plate that generates maximum noise and that was essential to attracting fish in the stirred water.

“My fish moved down off the ledge that they had been on top of,” he said. “I went to my spot this morning and caught a big one right away and that keyed me in. Within about two hours, I had four big ones that I didn’t want to replace because I might need (the other fish) tomorrow, so I went looking for a little one and that actually took the rest of the day.” 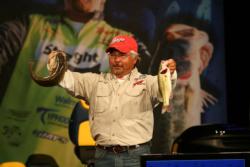 than sharing the shoreline. Today, he returned to that strategy and secured his final-round berth with a limit catch of 7-12 and a 2-day total of 18-10. Fishing in deep, open water was no easy task in today’s strong winds, but Pickett said the opportunity level merits the effort.

“There are some pretty good contour lines out there on this lake and I was just staying out there in that wind,” he said. “It was blowing so hard today, it was blowing the patches off my shirt.”

Pickett caught all of his fish on a Carolina rig baited with a Zoom Brush Hog, a lizard and a trick worm. Unfortunately, the day’s blustery conditions stole two good opportunities from him.

“I lost two good fish – I never knew they were there because the wind was blowing so hard and the boat was going up and down,” Pickett said. “I just missed them. They came up and shook. But I’m 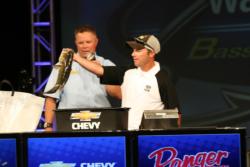 sticking with this pattern because it’s working for me.”

Day two got off to a painfully slow start for Kip Carter, but the Loganville, Ga. boater persevered and put together a 3-fish bag that weighed 8-1 and kept him in fourth place with 17-7.

“I caught them a completely different way today and I didn’t figure it out until about 1 o’clock,” Carter said. “I had one fish that barely went 12 inches at 1.”

On day one, he found three good fish on day one by pitching finesse rigged plastic far back into the cypress trees. Today, he had to change up and throw undisclosed moving baits.

“With moving baits, you cover water quicker,” he said. “If that will hold up tomorrow and I can put five in the boat, I’ll scare them a little bit.” 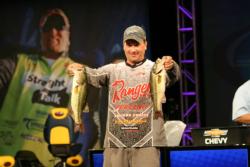 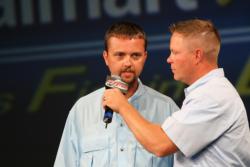 Shane Winchester, of Glasgow, Ky. found just a fraction of his day-one weight, but his strong opening round performance gave him sufficient weight to maintain the co-angler division lead. Yesterday, an 8-pound bass buoyed his 12-pound, 2-ounce weight. Today, Winchester caught two bass that weighed 2-6 and lifted his total to 14-8.

Winchester tried using the shaky head worm he used on day one, but today’s strong wind prevented him from making effective presentations, so he switched to a Texas-rigged Zoom Brush Hog.

Greg Gilley, of Orange Beach, Ala. placed second with 12-6; Kermit Crowder, of Matoaca, Va. took third with 11-3; Tyler Wood, of Collinsville, Miss. was fourth at 11-2 and Gerrit Goins, of Cleveland, Tenn. finished fifth with 11-0.