No certainties for BFL All-American finale 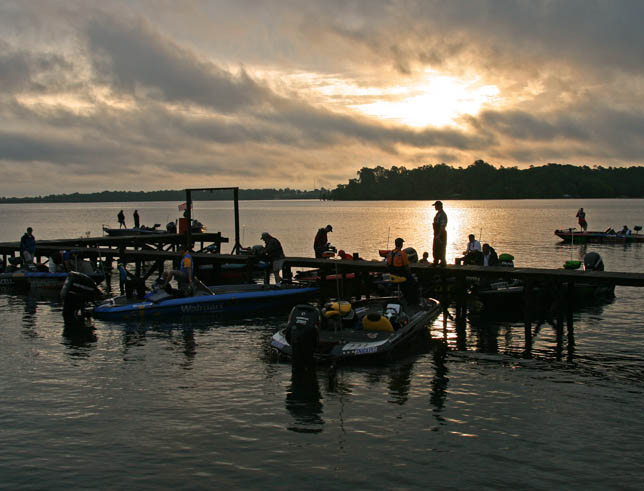 Sunlight that struggled to break through morning clouds should increase by midday. Photo by David A. Brown.
May 21, 2011 • David A. Brown • Archives

SHREVEPORT, La. – No one has to explain the math to Jacob Wheeler or Mike Brueggen – the first- and second-place boaters going into the final round of BFL All-American action on Cross Lake.

Brueggen nearly tanked on day one. He weighed just one keeper that went 1-4, but he stormed back with a vengeance on day two with a huge limit of 17-14. That bag was the event’s second largest, behind Wheeler’s day-one limit of 18-6.

Here’s where it gets interesting. If Wheeler matches what he caught yesterday (10-4), he’ll have a 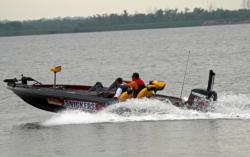 three-day total of 38-14. If Brueggen repeats his day-two effort, he’ll have 37. However, a small change on either side could alter the outcome.

“After one pound on the first day, I’m just happy to be here on the final day,” Brueggen said. “I feel like a winner already, but I plan on catching them today and hopefully the lake helps me out.”

Wheeler’s perspective: “I’m going to catch as many fish as I can today. I have to catch them. Mike’s an awesome fisherman. Everyone out here (in the final round) is the best of the best of the BFL. It’s awesome to be out here fishing the last day of the All-American with possibly the chance of actually making my dream of becoming a professional fisherman come true.”

For that to happen, Wheeler knows he has to refocus and drill down to the quality he found on day one. If anything, today’s conditions may work in his favor. Winds will be a little less than yesterday’s blustery 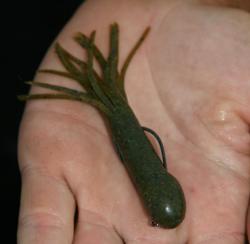 conditions, but the morning cloud cover was trying to break at take-off and skies are supposed to reach at least partial clarity by noonish. That means more light penetration, which tightens fish to cover and makes for easier targeting.

Wheeler said he plans to start conservatively, secure a limit and then go hunting bigger fish. With a green pumpkin tube as his main bait, he’s hopeful that today’s calmer conditions will afford him greater opportunities.

“It’s not blowing nearly as hard as it has been the last couple of days so there might be some water that was unfishable the last couple of days that’s fishable now and those fish aren’t pressured,” Wheeler said. “Yesterday, it was blowing so hard my co-angler’s hat blew off and it didn’t hit the water for 300 yards! There were 3- to 4-foot waves out there yesterday.”

Brueggen caught most of his day-two fish on a Lethal Weapon football head jig, but he found a late-day 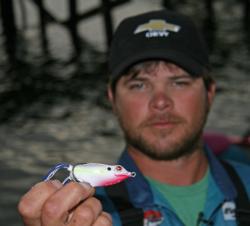 topwater bite that looked promising enough to make him commit to a Spro frog today.

“Toward the end of the day, I got some bigger bites on (the frog) and I think the bigger fish are there,” Brueggen said. “So, I’m going to live or die on this. I hope I don’t have to use the football head today because that would mean I got the big ones right away.”

Third-place boater Lloyd Pickett Jr. sits 10 pounds off the lead, but his pattern of diligently working Carolina rigs over drop-offs in about six feet of water is one of those sleeper deals with homerun potential. Finding the right little break or bend could bring his bait through a wad of Cross Lake lunkers. He has a lot of ground to make up, but Picket’s confident with his game plan. 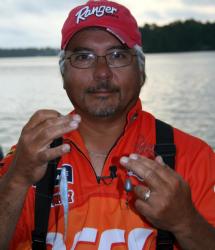 Kip Carter, who starts today in fourth place, plans on tempting his big bites mostly on top. He’ll be throwing a Pop-R and a buzzbait to find those quality fish over the lakes protected slot limit of 14-17 inches. (Anglers are allowed to keep four fish over 17 inches in the 5-fish limit.)

“I’m going to need four `overs’ today to have a shot at winning this thing and every big bite I had yesterday came on top, so I’m going to keep it on top,” Carter said.

Fifth-place boater, Mike Hicks will also work on top with a popper. Targeting areas with bream beds as been the key for him.

Hosted by the Shreveport-Bossier City Regional Sports Authority, the tournament features the top 49 boaters and top 49 co-anglers from across the country casting for top awards of up to $130,000 in the Boater Division and $60,000 in the Co-angler Division plus the opportunity to compete in the 2011 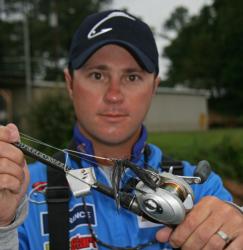 Saturday’s final weigh-in will be at the Shreveport Convention Center located at 400 Caddo Street in Shreveport at 3 p.m. prior to the day three weigh-in of the Walmart FLW Tour.

The BFL is a 24-division circuit devoted to weekend anglers, offering bigger prizes to those who qualify for regional championships and those who make it to the BFL All-American. Top winners in the BFL can 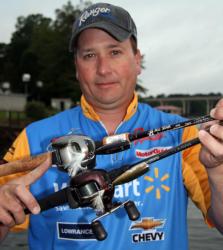 move up to the EverStart Series or even the FLW Tour.