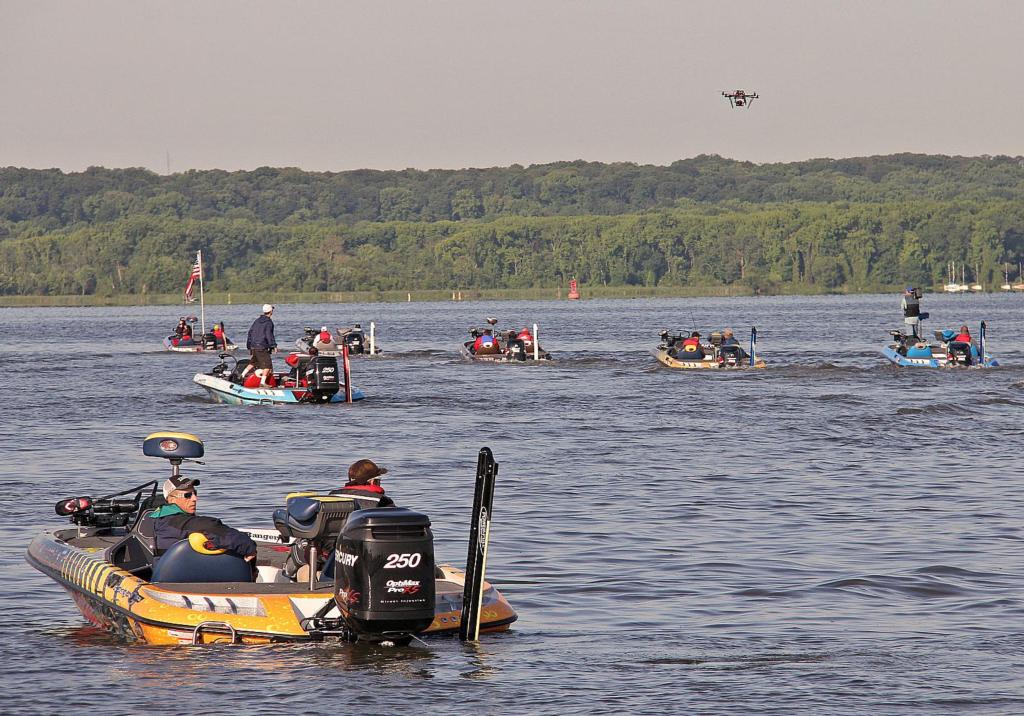 With an aerial camera filming the day-three takeoff, BFL All-American finalists head out for their last shot at Potomac glory. Photo by David A. Brown.
May 19, 2012 • David A. Brown • Phoenix Bass Fishing League

NATIONAL HARBOR, Md. – A sunny morning with planes and helicopters crossing the Potomac River provided a fitting backdrop for the bright prospects and soaring ambitions of the top-10 boaters and co-anglers competing in the Walmart BFL All-American presented by Chevy.

Same as the past two days, the tide will play a big role in fish positioning. In the tournament area, the morning high peaked just two minutes before the 8 a.m. takeoff, so anglers will fish a long outgoing cycle that will bottom out at 2:44. The next high will occur at 8:27 tonight, so competitors banking on incoming tide patterns will have only a narrow window of about two hours. 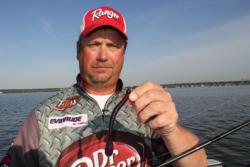 fisheries, but Brian Maloney – top boater since day one – has excelled by leveraging the water’s movement. Hailing from Osage Beach, Missouri, his homewaters are far from any tidal influence, but annual lake fluctuations have taught him a lot about how fish relate to depth changes.

“I’m just treating this like flood water,” Maloney said. “Back home in the Midwest, when it floods, the fish are moving up. When the water’s receding, they’re pulling off. They get uncomfortable and I assume the tide is just the same thing in this region. They’re not comfortable losing water off their backs so they’re going to move with it.

In the Potomac, Maloney has applied this understanding to the outgoing tides that have dominated his tournament days. He’s fishing ditches and troughs mostly cut by storm water drains that run through shallow flats. As the tide recedes, bass drop into these deeper lanes.

Maloney will target the fish with a mix of shaky heads, crankbaits, swimbaits and a football head with a paddle tail worm. The latter is his go-to bait today but with any of these, he knows that triggering reaction strikes will be the key for him.

“I’m being really aggressive with it,” Maloney said. “I’m not dead-sticking it; I’m not pulling it slowly. I’m throwing it in and crashing in on the fish. They’re hitting it on the initial fall. Or, I’m hopping it four to six inches off the bottom. I’m trying to get these fish to react. I’m trying to stun them, surprise them. They 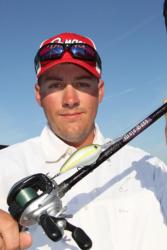 might not want to eat it, but they’re going to attack it. I’m just going to stay on those ditches and drops and I’m going to chase those fish up and down in that tide and make it work.”

Maloney’s co-angler partner Jake Akin has also led his division since day one. For the past two days, he has fished in mostly shallow scenarios where slowly dragging a shaky head has been his deal. Today, however, he’s prepared to work in a more active presentation, should he find himself with such opportunities.

“I’m prepared for a grind and to fish for five bites,” he said. “If it’s better than that, awesome. If it’s not, I’ll just have to make the little adjustments while I’m out there. I’ll definitely throw the shaky head, but we’re fishing a little bit deeper water so that opens up some other options.”

Trailing Maloney by a pound, Dick Shaffer, of Rockford, Ohio has earned his spot with a diverse approach this week. He has fished a variety of habitats and has caught his fish on several baits 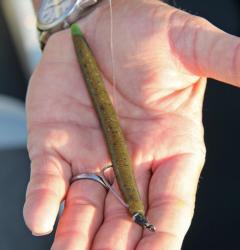 including the Senko rigged on a light jig head that he’ll focus on for the final round. Today, he’ll target fish suspending around docks in hopes of finding a big sack of fish. While he conserved some of his main area’s potential for the final round, he’ll go for broke today.

“I’m not going to change a thing; I’m going to do the same thing I’ve been doing and more of it,” Shaffer said. “Yesterday, I left the area I was fishing early. I caught five or six fish and left.” 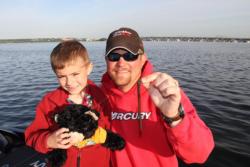 “I think with so much pressure and trolling motor noise on the fish this week it’s still going to be a grind today,” Jones said. “There were 23 boats in sight of me yesterday, but we’re going to go from a field of (49) down to 10 so there may only be two or three boats in sight of me today. They ought to bite better today. I’m hoping that without the pressure today, I can run around a little better and catch a good bag today.”

Texas boater Dicky Newberry starts the day in fifth place, but he’s optimistic about the marina dock pattern he discovered toward the end of day one. He expects to find most of his bigger bites by slowly fishing a weightless Senko.

Hosted by National Harbor, the tournament features the top 49 boaters and top 49 co-anglers from 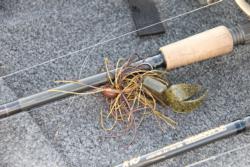 across the country casting for top awards of up to $130,000 in the Boater Division and $60,000 in the Co-angler Division plus the opportunity to compete in the 2012 Forrest Wood Cup presented by Walmart on Lake Lanier Aug. 11-14.

Weigh-ins will also be at the National Harbor Marina located at 137 National Plaza in Oxon Hill, Md. beginning at 5:30 p.m.

Fans will be treated to the FLW Outdoors Expo at National Harbor Marina on Friday, Saturday and Sunday from noon to 4 p.m. where they can learn more about the sport of fishing and other outdoor activities. The Expo includes Ranger boat simulators, the opportunity to interact with professional anglers, enjoy interactive games, activities and giveaways provided by sponsors. All activities are free and open to the public.

Coverage of the BFL All-American will be broadcast in high-definition (HD) on NBC Sports Network when “FLW” airs May 6 from 1 – 2 p.m. ET. “FLW” is hosted by Jason Harper and is broadcast to more than 559 million households worldwide, making it the most widely distributed weekly outdoors-sports television show in the world. 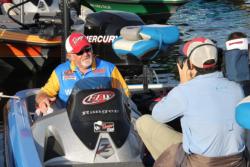