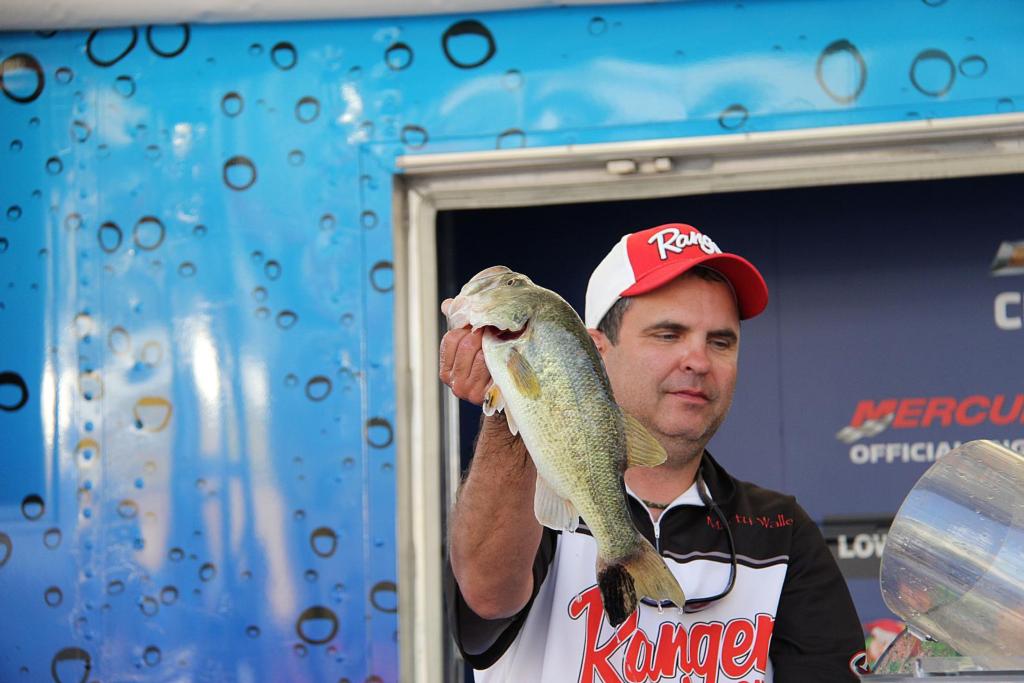 Dropshotting a Zoom finesse worm was the winning tactic for James Waller. Photo by David A. Brown.
May 19, 2012 • David A. Brown • Phoenix Bass Fishing League

NATIONAL HARBOR, Md. – It’s not easy losing a big fish in a big tournament and doing so twice in the same day really spells “ouch!” Fortunately, James Waller was able to mentally regroup and secure the weight he needed to capture the Wal-Mart BFL All-American win.

The Cypress, Texas co-angler said he jumped off two 3-pounders around 1 o’clock and that nearly torpedoed his confidence. Fortunately, his boater (seventh-place Chris Jones) had chosen an area with good numbers of fish and other opportunities came his way. 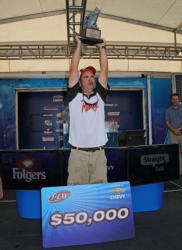 “The location where Chris had found fish was the key,” he said. “After I jumped such big fish off, I was really disappointed. I had to tell myself ‘Just one more fish.’ I ended up catching three more fish.”

Waller caught his fish by dropshotting a green pumpkin blue flake Zoom trick worm. He caught his last keeper on the last worm in his bag.

“I can’t get my arms around it,” Waller said. “It’s really too much to comprehend. This has been an extraordinary event with what all FLW has done for us.

“Being a co-angler in the BFL is a good way to learn how to fish. You learn so much from your boaters 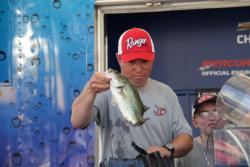 Bobby Drinnon, of Rogersville, Tenn., sspent the first two days of the tournament in the seventh-place spot, but he turned in a solid final-round performance with a limit catch of 11-7 and rose to second place with a three-day total of 30-1.

Brandon Booher, of Bristol, Tenn. posted the event’s second heaviest co-angler weight – 15-12 – on day two. He was two fish short of his limit on day three, but his cumulative effort over three days was enough to earn him the third-place spot with 29-7.

Scott Curvin, of Jacksonville, Ala., placed fourth with 28-10 and Donnie Woody, of Marion, N.C. was fifth 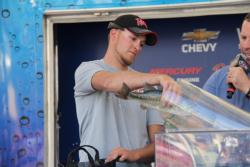