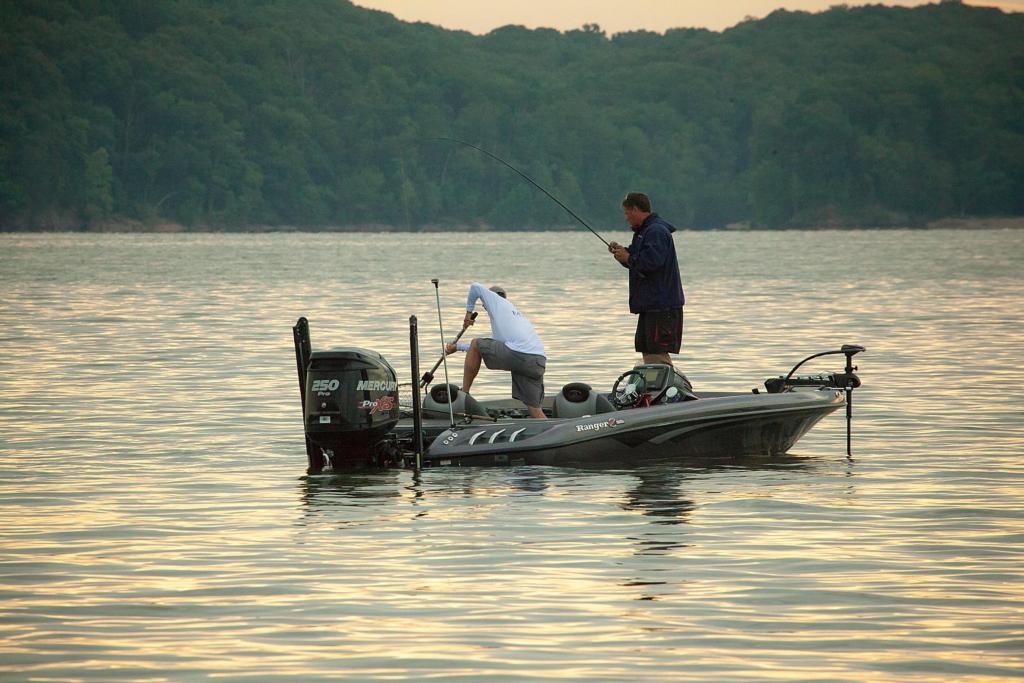 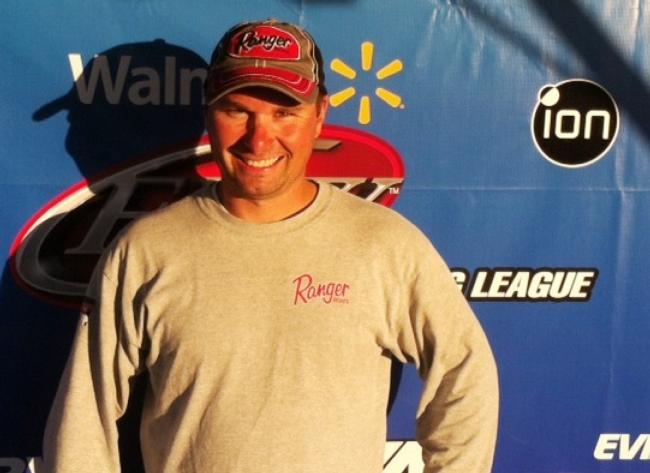 Victory snatched from the jaws of defeat – that’s a fitting summary of Hamilton, Ohio, boater Chris Martinkovic’s nail-biter win at the Walmart Bass Fishing League Regional on Kentucky Lake Oct. 16-18. His three-day total of 38 pounds, 11 ounces matched that of second-place finisher Garrett McDowell, but Martinkovic won via a tiebreaker rule that grants first place to the angler with the biggest single-day weigh. Martinkovic’s 18-12 bag on day one pushed him across the finish line.

In all likelihood, the scene would have been less dramatic had Martinkovic’s final day turned out to be a little less frustrating. After a dominant first two days, he carried a lead of 6 pounds, 14 ounces over Shane Haslett of Beecher City, Ill., into day three, only to have the wheels come off the wagon the last day with nearly disastrous results. He weighed just one fish for 2-14.

Martinkovic caught all of his fish on a narrow, 300-yard-long shell bar in the New Johnsonville, Tenn., area. A clear Heddon Zara Spook produced 80 percent of his fish, with the rest coming on a 1/2-ounce chartreuse/white Strictly Bass Lures spinnerbait with a white Zoom Swimmin Super Fluke. He threw the latter along the bar’s edges once the sun pushed the fish off the top.

“I had to stay way off the bar and make long casts when they were on top,” Martinkovic says. “Once they dropped off the sides, I moved in close and cast parallel to the bar.”

That worked fine until day three brought a north wind – the absolute worst for the north-south oriented Kentucky Lake. Waves muddied the water and challenged his boat control, and Martinkovic caught his only fish on the Spook.

At 11:30, he pulled the plug and headed to his backup spot – bridge pilings that gave up good fish on an umbrella rig in practice. Unfortunately, an equipment malfunction prevented him from setting up to make the precise casts that he needed at the pilings.

“I was sick to my stomach going to final weigh-in with just one fish,” Martinkovic says. “I thought I had ruined my chances of winning.”

Fortunately for Martinkovic, day three was tough for everyone (no one in the top 12 weighed more than three fish), and he held on to claim the top prize of a Ranger Z518C with a 200-hp outboard and a Chevy 1500 Silverado.

Playing it by the book can be the most effective way to tackle a tournament. Such was the case for Garrett McDowell, who took second place at Kentucky Lake with 38 pounds, 11 ounces. The angler from Mattoon, Ill., essentially employed the principle technique of “follow the food” to nab his keepers.

“The fish were around schools of big skipjack,” McDowell says. “If you found those schools, you’d find the big fish. I never saw bait breaking the surface, but I could see them just under the surface.

“On day one, I looked down, and as soon as I saw a school of skipjack running toward the boat, I caught a 6-pounder,” he adds. “That’s how I found my main spot.”

McDowell spent the entire tournament within six miles of the launch at Kentucky Dam Marina and caught his fish on the tops of rocky main-lake points at the mouths of creeks. Most of the points were relatively shallow with just 1 to 2 feet of water on top and 8 feet on the sides.

After catching fish on docks inside creeks during practice, McDowell found increased lake current pushing the fish off these structures. This, he says, positioned the fish on points where they were ambushing bait.

A 3/8-ounce white swim jig with a white pearl Zoom Chunk produced all of McDowell’s keepers.

Experience told Mike Brueggen that grass lines not only provide the cover and feeding opportunities that Kentucky Lake bass need; they also serve as buffers and filters when muddy water threatens to blow out an area. Brueggen had that in mind as he seined large hydrilla mats in the New Johnsonville, Tenn., area for a third-place finish with 34 pounds, 2 ounces.

“It was a combination of bait and water color,” Brueggen explains of his best spots, which ranged from 5 1/2 feet deep to dirt-shallow. “The wind blew a different direction every day, and that changed where the clean water was, so that had a lot to do with where I fished

“The mud line [from the wind] had to hit the right area of the grass,” he adds. “There were two main areas I had to myself, and I had all day to figure it out. It was 98 percent about where the wind put that clean water.”

Brueggen caught most of his fish on a 3/8-ounce Lethal Weapon heavy-cover swim jig. He fitted his jig with an Action Plastics curl-tail grub or a Yamamoto Swimming Senko.

He also caught a few keepers – some of his largest fish – on a shad-colored Heddon Zara Spook. Breuggen threw the topwater bait whenever the wind subsided. A slow walking retrieve worked best.