Mosley on Top at Arkansas River 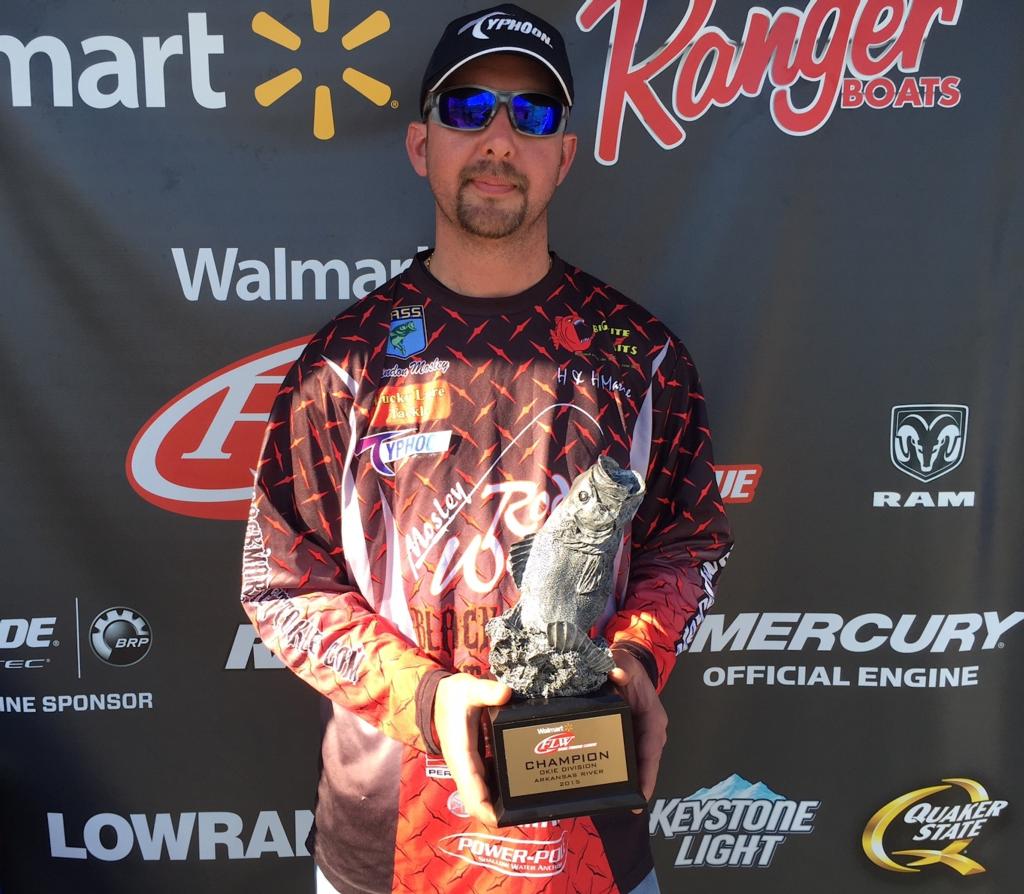 “These tournaments are pretty hard to win, even at the amateur level,” said Mosley. “I was thrilled to earn top honors.”

Mosley said that he began his day fishing between the locks en route to Kerr Lake. He threw a sexy shad-colored Strike King Rage Tail Shad and netted his first four keepers around 10:30 a.m.

At noon, Mosley arrived at his second spot near Kerr in the mid-lake area. He said he targeted spawning fish in the shallow water.

“It’s river fishing. And the key to river fishing is that it doesn’t involve a special technique,” Mosley said. “I just went out there and threw to natural cover like branches and stumps.”

Mosley ended up catching 20 keepers, including four he brought to the scale on a chartreuse-colored spinnerbait.

“Everything came together when I was there on Saturday,” Mosley said. “During practice I figured I could get 14 to 16 pounds at this spot during the tournament. But the more I caught, the bigger the fish would get.

“I had no idea I was nearing a 20-pound stringer,” Mosley continued. “The catch was fast, furious and unexpected.”

Stewart Ryan of Ada, Oklahoma, caught the biggest bass of the tournament in the pro division and earned the day’s Big Bass award of $850. 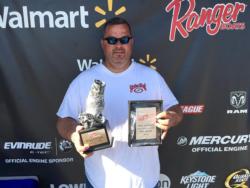 Rick Dawes of Coweta, Oklahoma, weighed in a five-bass limit totaling 18 pounds, 9 ounces Saturday to win $2,675 in the co-angler division.

Dawes also caught the biggest bass of the tournament in the co-angler division and earned the day’s Big Bass award of $425.