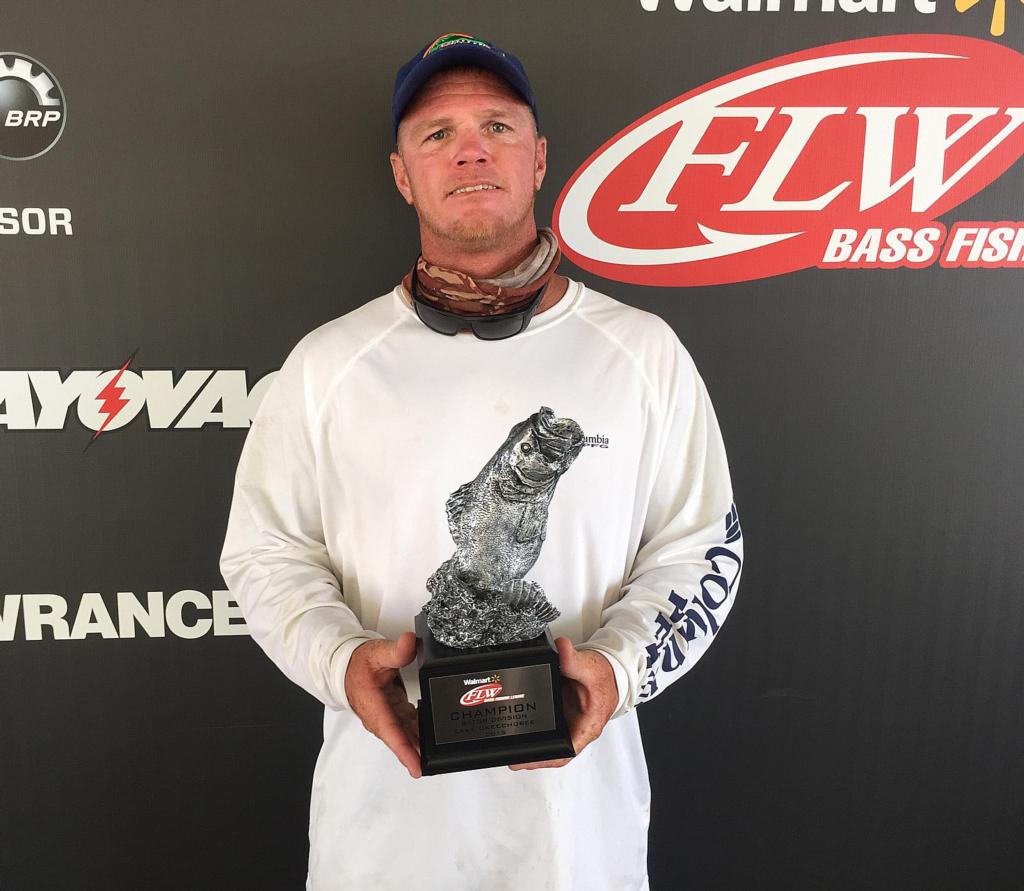 “It feels great to win a tournament,” said Morfis. “I love fishing on Lake Okeechobee and to see all of my hard work finally pay off is really nice.”

Morfis said that he headed 35 miles south to his first spot where he targeted fish that were moving in shallow to spawn.

“I flipped the Kissimmee grass and bulrushes where the fish were sitting in 4 to 5 feet of water,” Morfis said. “I used a green pumpkin-colored Gambler Ugly Otter with a black and blue-colored Eco Pro Honey Badger Punch Skirt.

“On my third cast I caught a 9-pound fish,” Morfis continued. “After that the bite slowed down.”

After filling out his five-bass limit with smaller fish, Morfis said that he knew he’d need more weight to win. He decided to make a move to his second spot where he stuck an 8-pounder shortly after arriving.

“Five minutes after the 8-pounder, I caught a 7-pound fish and then a 6-pounder just ten minutes later,” Morfis said. “I got eight big bites in the second spot and put seven of them in the boat.”

Morfis went on to say he caught approximately 25 to 30 fish during the course of the tournament.

“The key for me was stumbling on those prespawn fish while searching for the postspawn fish,” Morfis said. “I knew my two spots I targeted had the potential to produce a top-10 finish so I put my hat down, grinded it out and it worked out for me.”

Hunter Abowd of Clewiston, Florida, caught the biggest bass of the tournament in the pro division – a monster weighing 11 pounds, 10 ounces – and earned the day’s Big Bass award of $840. 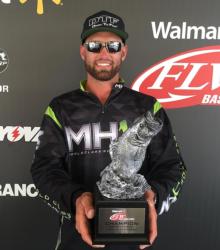 Jessey Rudolph of Deltona, Florida, weighed in a five-bass limit totaling 21 pounds, 8 ounces Saturday to win $2,668 in the co-angler division.

Ahearn caught the biggest bass of the tournament in the co-angler division and earned the day’s Big Bass award of $420.