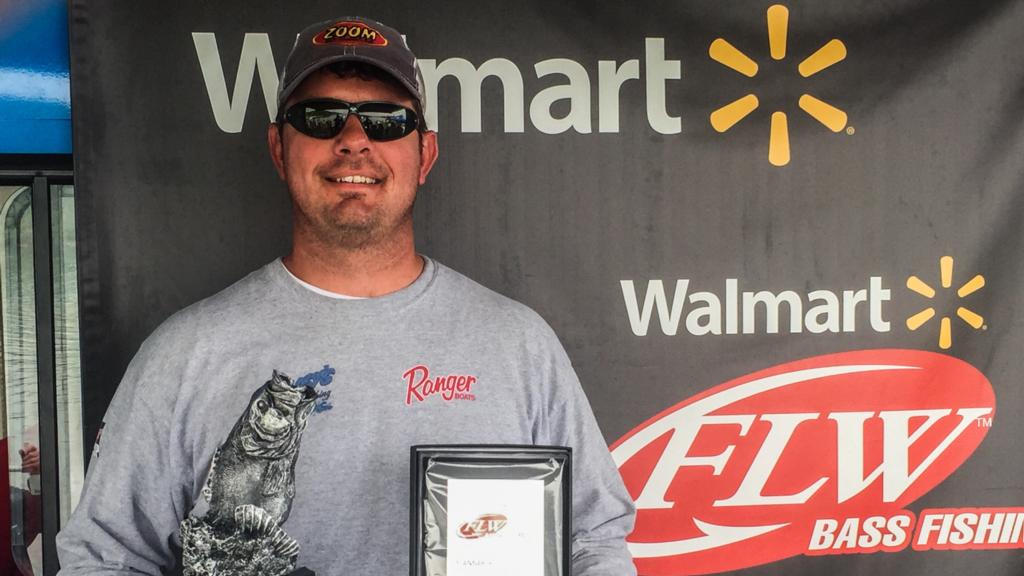 “It was a nice payday,” said Anders. “I couldn’t have asked for a better day on the water.”

“I knew there was a tournament down on the south end of the lake,” Anders said. “I also knew anglers were fishing shallow, so I figured the 8-foot depths would be untouched.”

Around 1:15 p.m., Anders said he made his way to a spawning bed a mile north of the dam, near Powderbag Creek. Using a black and blue-colored Knights Custom Lures jig, he hauled in an 8-pound, 13-ounce behemoth, the largest fish of the tournament.

“Of the 30 bass I caught over the course of the tournament, that was the fish that sealed the deal for me,” said Anders. “I knew it pushed me well over 20 pounds.”

Anders also caught the biggest bass of the tournament in the pro division, a fish weighing 8 pounds, 13 ounces, and earned the day’s Big Bass award of $570.

Moore caught the biggest bass of the tournament in the co-angler division and earned the day’s Big Bass award of $285.