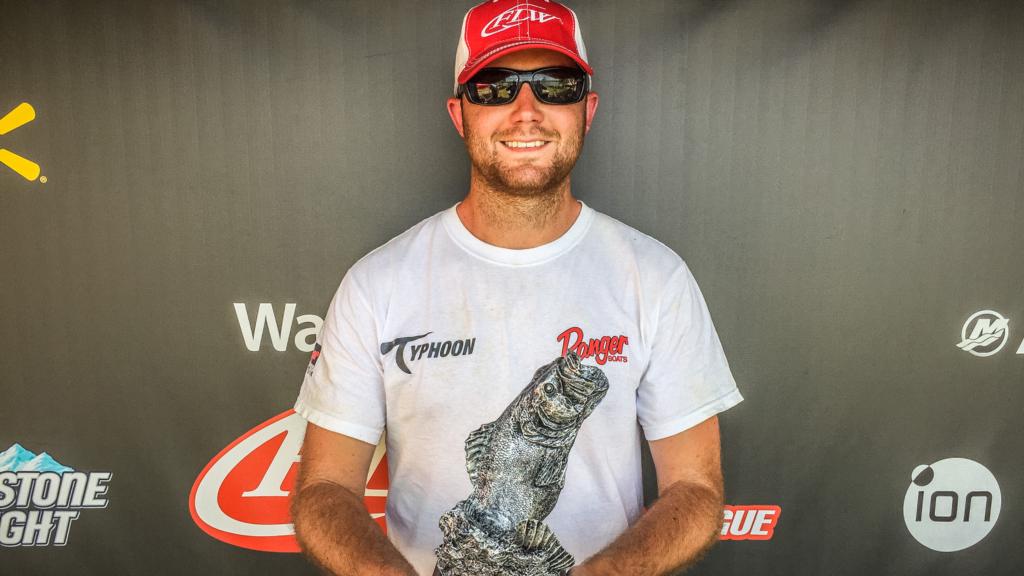 “I’ve fished a long time without a win, and this field has some really stiff competition, so I’m proud of what I did out there,” Meredith said.

“After that I moved on to two deep points and quickly caught a limit of small keepers,” said Meredith. “My boat sat in 35 to 40 feet of water while I casted into about 18 feet.”

Around 10:30 a.m. Meredith figured he would need bigger fish to win. Still using the Biffle Bug, he switched strategies and began to flip the steep rocky bluffs, banks and docks as he worked his way up to Honey Creek.

“Anywhere I could find steep bluff walls I knew the fish would be heading out into the lake from the coves,” said Meredith. “I started culling a lot after targeting the new spots. Two of my biggest fish – both 5-pounders – came from underneath docks.”

Meredith said he caught around 25 keepers over the course of the day.

“My key to winning was realizing early in the day that I couldn’t win it out deep and that I had to move to those bluff walls for the big fish,” Meredith said. “Thankfully I didn’t hesitate any longer.”

Carper caught the biggest bass of the tournament in the pro division, a fish weighing 6 pounds, 7 ounces and earned the day’s Big Bass award of $805. 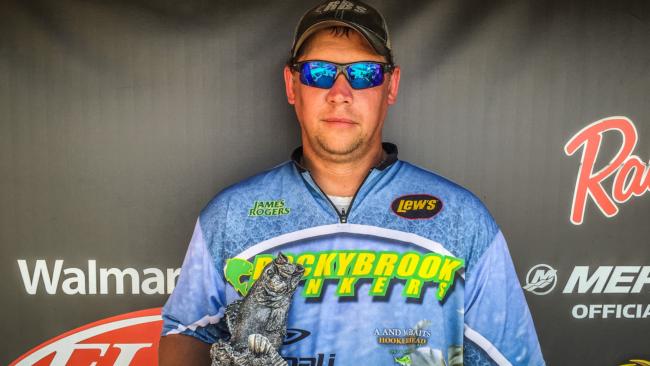 Frazier caught the biggest bass of the tournament in the co-angler division and earned the day’s Big Bass award of $402.