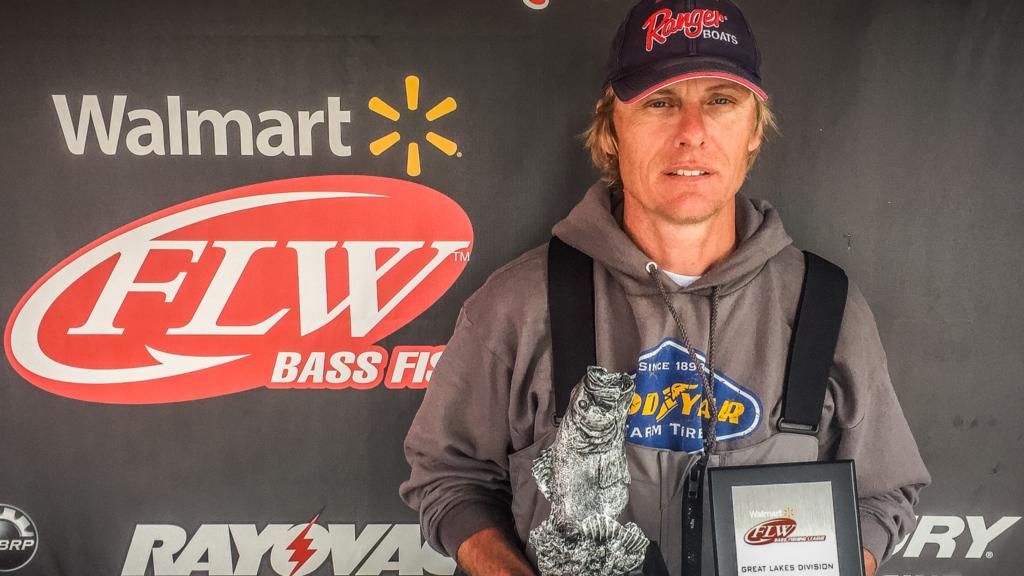 “It feels great,” said Feldermann, a 21-year BFL Great Lakes division veteran with eight career victories. “I know this area of the river really well so when I see my strategy fall into place it is really gratifying.”

Feldermann said he targeted bass in Pool No. 9 using a homemade white and chartreuse-colored spinnerbait.

“I was fishing the flooded reeds and grass in 2 to 3 feet of water the entire day,” Feldermann said. “I caught a quick limit at my first spot before heading north around 9 a.m.”

Feldermann said the biggest difference in his spots was the amount of fish he would catch, as well as their size.

“I caught the 4-pound, 12-ouncer – the biggest bass of the tournament – at about 11:15,” Feldermann said. “Those northern spots didn’t have tons of fish like the southern ones did, but the fish I brought in were large. If you want to win a tournament you’ve got to head up north.”

Feldermann also caught the biggest bass of the tournament in the pro division, a fish weighing 4 pounds, 12 ounces and earned the day’s Big Bass award of $645. 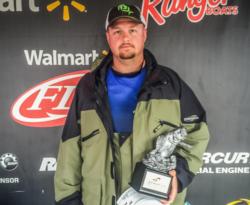 Tony Kromke of La Crosse, Wisconsin, caught the biggest bass of the tournament in the co-angler division and earned the day’s Big Bass award of $322.