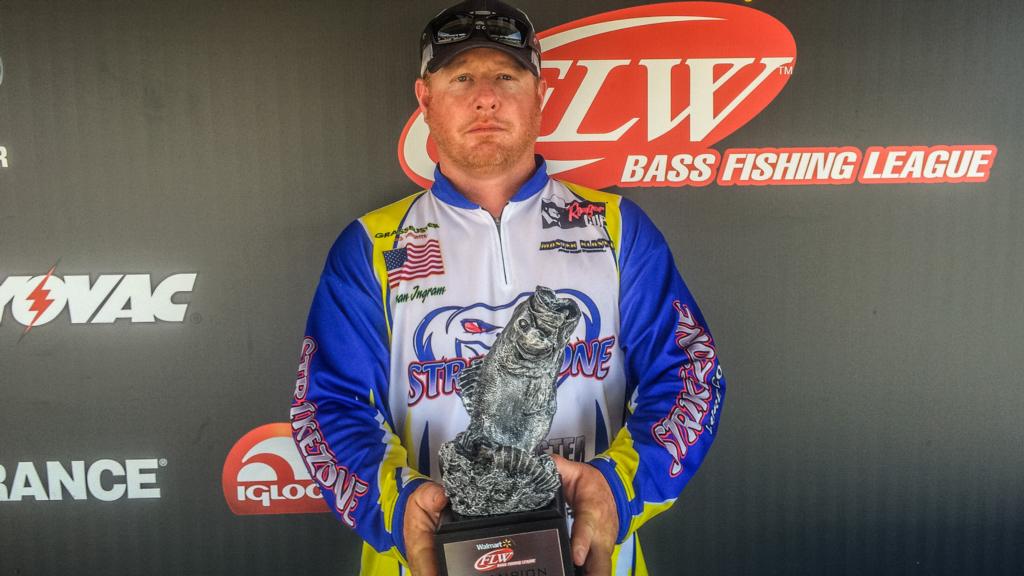 “I primarily fished parallel with lily pads on the north end of the lake,” said Ingram, who earned his sixth career victory on Lake Eufaula in FLW competition. “The bass were really active due to the rising water temperature.”

“I just put down my trolling motor in 3 feet of water and focused on those lily pads,” said Ingram. “I caught a 6-pounder around noon which really helped.”

Ingram said he caught around 15 keepers in three different areas throughout his day.

“Everybody has been going south lately to catch fish,” said Ingram. “I stuck with my gut and went searching up north to avoid the crowd. Those spots seem to produce the most consistent weights for me.”

Ingram also caught the biggest bass of the tournament in the pro division, a fish weighing 6 pounds, 5 ounces and earned the day’s Big Bass award of $505. 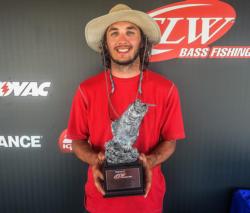 McVay caught the biggest bass of the tournament in the co-angler division and earned the day’s Big Bass award of $252.