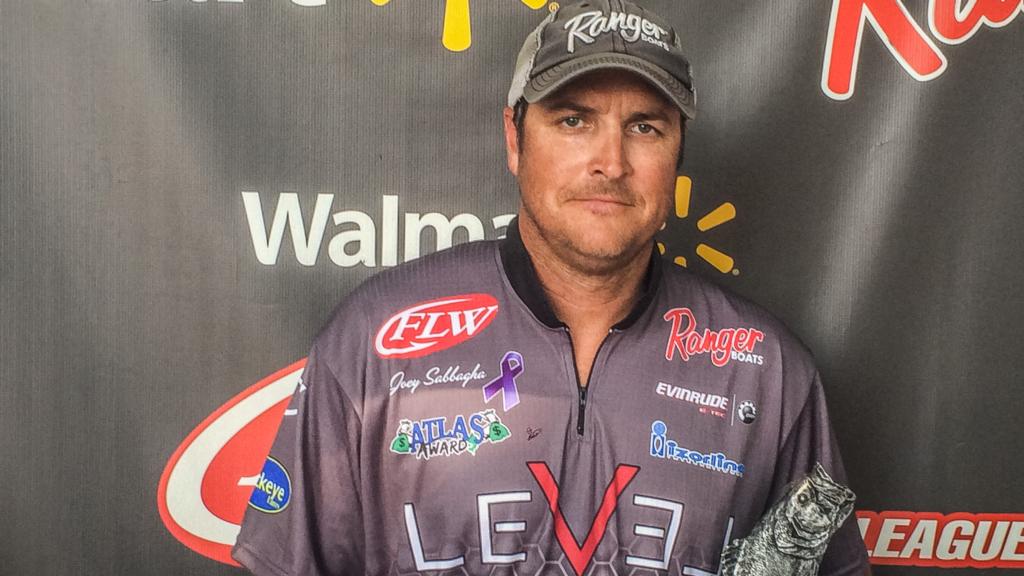 “Competing in this tournament was a great way to spend the weekend,” said Sabbagha, who earned his first win after 12 previous career top-10 finishes in FLW competition. “I couldn’t be happier with the results.”

Sabbagha said he spent the majority of his day fishing docks in Abbotts Creek.

“I caught five fish along the docks,” Sabbagha said. “The first bass came around 8 a.m. and the last one came at 10.

“My bait of choice was a green-pumpkin-colored Buckeye Lures Mini Mop Jig with a green-pumpkin Zoom Super Chunk trailer,” continued Sabbagha. “Most of the fish I located were in three feet of water. They were very active in the shallow depths.”

Around 1:30 p.m., Sabbagha said he moved to a northern spot where he was able to catch his sixth keeper and cull out a smaller fish with five minutes remaining in the tournament. With just a 3-ounce margin of victory, that fish was the difference maker.

“The medium-heavy Level Rod I was using was crucial to my success,” said Sabbagha. “The extra-soft tip allowed me to get the jig way up under the docks.”

Farrington caught the biggest bass of the tournament in the pro division, a fish weighing 5 pounds, 14 ounces and earned the day’s Big Bass award of $570. 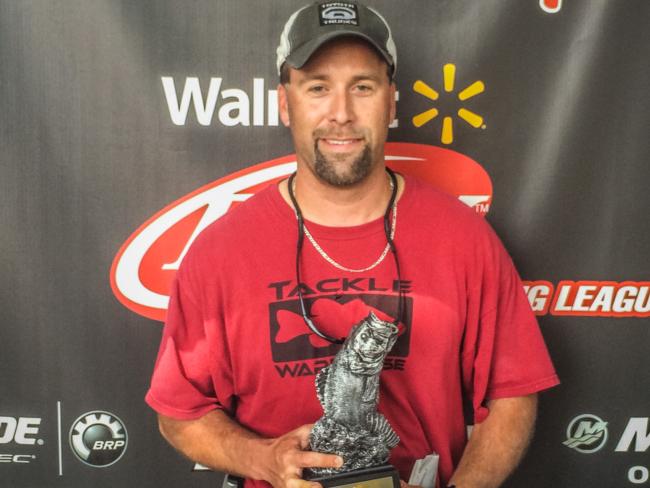 Chip Crews of Trinity, North Carolina, caught the biggest bass of the tournament in the co-angler division and earned the day’s Big Bass award of $285.