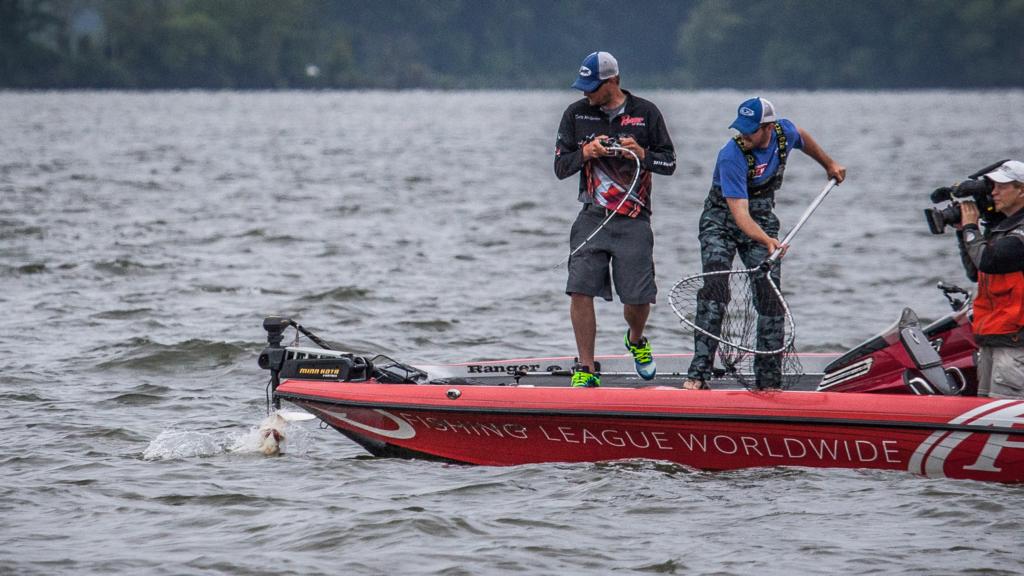 Big changes might be coming in the standings of the Walmart Bass Fishing League All-American on Kentucky Lake, as some of the top 10 leaders struggled this morning to catch limits. Canadian angler Curtis Richardson, who currently is leading, had only one 3-pound keeper by midmorning. And second-place boater Billy Schroeder, who had fished just below the Paris Landing Bridge for the first two days, finally bailed out from there after catching four keepers this morning. At last report, he was seen running under the Highway 68 bridge with his Ranger Z520c Comanche headed north.

Likewise, third-place angler Bobby Padgett was spot-hopping up the river and had three keepers by 10 o’clock. In contrast, fourth-place fisherman Jeremy Lawyer of Missouri was culling by then.

The high winds predicted for Saturday never materialized. Anglers are traveling freely around the lake and are having no trouble holding on their spots and using their electronics to locate bass. The fish have been sluggish to bite, but most of the anglers in the top 10 have reported catching their best fish in the afternoons anyway. If the sun comes out, the ledge bite will heat up again.

The championship weigh-in is set to begin at 4 p.m. at the Walmart in Paris Landing. The weigh-in will be aired live on flwfishing.com as well.