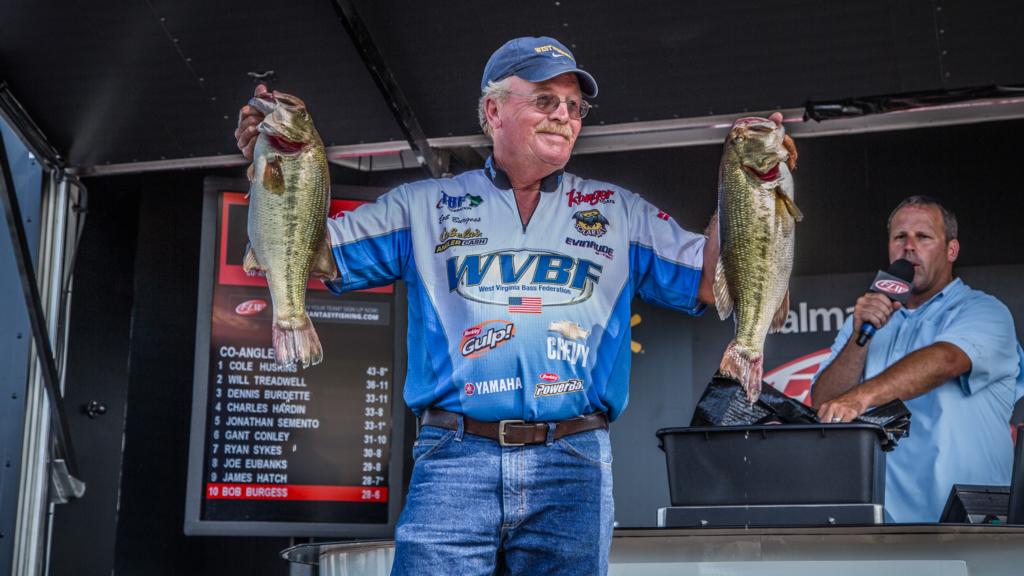 If Bob Burgess could have picked three better partners to fish with in the Walmart Bass Fishing League All-American on Kentucky Lake, it might have been illegal.

Sharing boats with Billy Schroeder, Jeremy Lawyer and John Hopkins on days one, two and three, respectively, provided all the opportunities the West Virginia angler needed to take home the co-angler title and its $50,000 prize. His winning stringer weighed 52 pounds, 6 ounces and included a 24-pound limit on the last day. It was the heaviest sack in either division in the championship round. The 66-year-old fisherman also gets to fish as a co-angler in the Forrest Wood Cup, to be staged on Arkansas’ Lake Ouachita in August.

“You put me around fish, and I can catch them,” says Burgess in something of an understatement. “I was fortunate enough to get paired with three of the best fishermen in this thing and that made the biggest difference for me. They were all on good fish and they finished second [Lawyer], third [Schroeder] and fourth [Hopkins]. How many times can you get paired up with fishermen like that?” 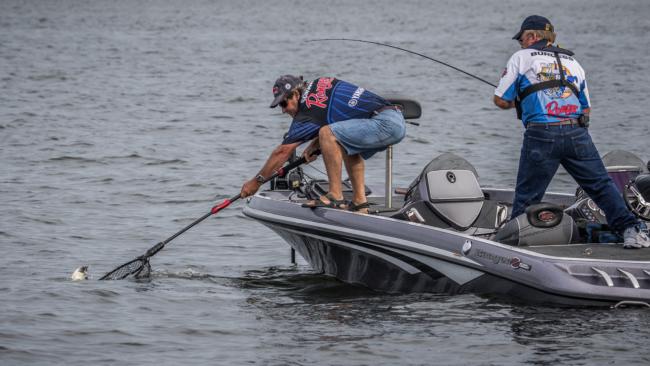 There was nothing fancy about Burgess’ approach. Most of the time he cast a homemade bucktail jig that he fished in a reel-and-stop, reel-and-stop fashion. On day three, however, the co-angler champ occasionally cast a 10-inch swimbait. It produced a 4-pound fish.

Burgess, a retired contractor, runs a regional tournament circuit called the Trail of Dreams Tournament Series that mainly involves anglers in West Virginia, eastern Kentucky and southern Ohio. He qualified for the All-American through The Bass Federation, and has been a member of that organization since 1985.

The 2015 All-American marked his first appearance in the tournament.