Canadian holds on despite Lawyer's challenge 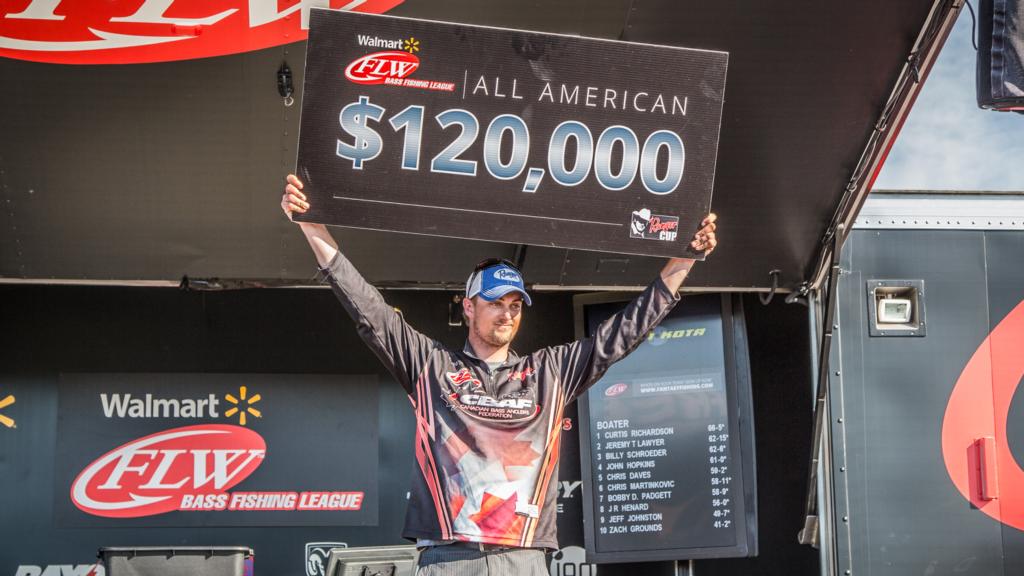 Curtis Richardson has a way of surprising people – even himself. The Ontario angler had all but written himself off in the championship round of the Walmart Bass Fishing League All-American, thinking his limit of five bass wouldn’t hold up for long with the likes of Jeremy Lawyer and Bill Schroeder breathing down his neck.

When weighmaster Chris Jones announced his final weight, however, Richardson’s doubt turned to elation as he won the three-day event ahead of 48 other boaters with a cumulative weight of 66 pounds, 5 ounces. Lawyer was runner-up with 62-15 and Schroeder had 62-06. Richardson collected $120,000 in prize money and a berth as a pro in the 2015 Forrest Wood Cup on Lake Ouachita in August. 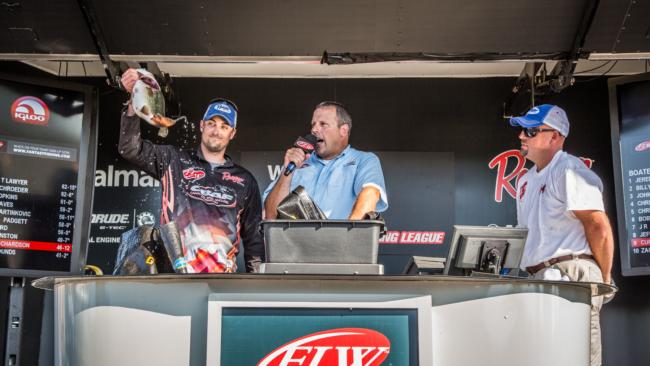 Truth be told, many in the weigh-in audience in Paris, Tenn., figured it would be a shootout between Lawyer and Schroeder, the local favorite from Paducah, Ky. Dock talk had it that Richardson had a rough day of fishing in the New Johnsonville area, where a 150-boat tournament took place Saturday. The 31-year-old Canadian figured his spots would be covered with boats and he would have to scrounge up a limit fishing new water.

The 11th hour nail-biter between Lawyer, of the BFL’s Ozark Division, and Schroeder, a LBL Division strongboy, was exactly that. Lawyer, of Sarcoxie, Mo., and a qualifier through the Ozark Division, weighed his limit first. He had 18-12. Schroeder needed at least that much to overtake him, but when his weight of 16-14 was announced, it seemed that Lawyer might pull it off.

Then Richardson, looking a bit haggard and resigned to his fate, weighed his bag. It wasn’t even that close. His 19-pound, 9-ounce sack gave him the win by more than 3 pounds. As far as anyone can recall, going back to the old Red Man circuit days, he is the first Canadian to ever win the All-American. Richardson qualified through The Bass Federation’s National Championship, having won its Eastern Divisional at the 1000 Islands on the St. Lawrence River and then repeating as the top boater in his division at the TBF Championship on Grand Lake.

“This isn’t the first surprise I’ve had today,” Richardson says. “I thought other fishermen would be on my spots when I got there, there was nobody around. I thought ‘oh, boy, this is going to get good,’ but it really wasn’t because there wasn’t any current. I went to my second best spot and there was one boat on it. I told the guys I was in a tournament and had been fishing that spot for the last couple of days and they told me that they were in a tournament too, but that I could have it. They left; it was really nice of them.”

Another surprise came in the form of his choice of lures. Though Richardson fished a Nichols Lures Magnum Spoon the first couple of days, he switched to a more familiar offering on day three – one that he had confidence and which helped him qualify for the All-American in the first place. 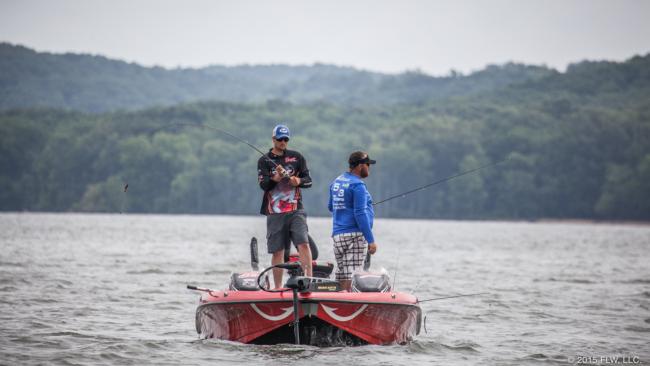 “I lost a good fish first thing with the spoon, and couldn’t get another bite after that,” he recalls. “So I switched to a drop-shot rig on 6-pound-test line, and caught all my fish on it, including the 6-pounder. But the spoon definitely got me to the championship round.”

Richardson employed Zoom Magnum Trick Worms in red bug and rigged the drop-shot wacky style. He fished bars and ledges with the spoon, which he retrieved in a series of hard sweeps followed by drops. More often than not, fish would hit the spoon on the fall. Before he travelled to Tennessee to fish the All-American, Richardson had never seen one of the large spoons, much less fished it. He taught himself to use it based on what he saw and heard on the flwfishing.com website.

“It’s going to take me a few days to recuperate from fishing the spoon,” says the self-employed businessman. “My elbow and shoulder are pretty sore.” 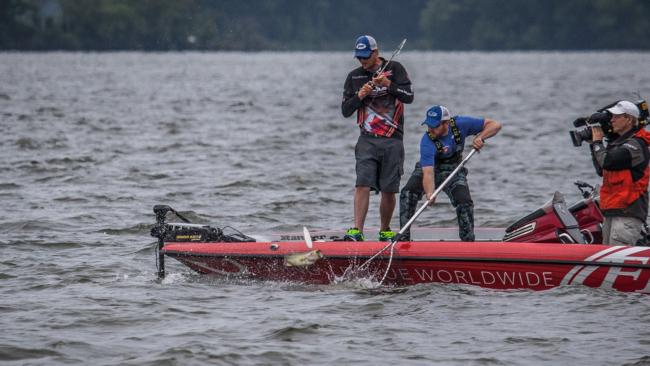 He’ll take some off-time before hitting the tournament trail again. The prize money will help pay expenses, especially if he chooses to compete in his native land. By Richardson’s reckoning, $120,000 US is worth about $160,000 in Canadian dollars.