Top 10 Baits From the All-American

What you should throw on the ledges right now 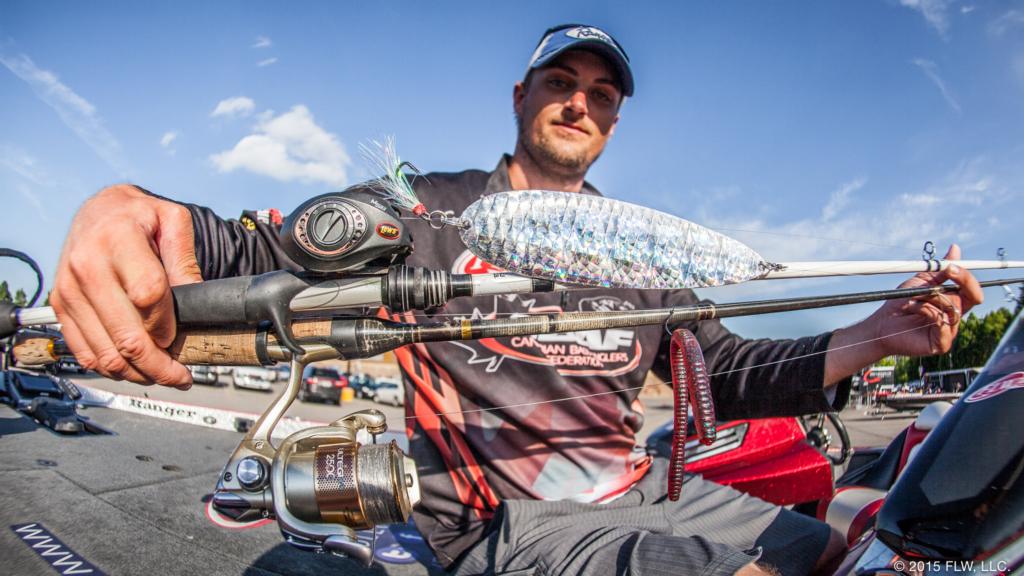 1. Curtis Richardson earned the win by throwing a Nichols Lures Magnum Spoon on the first two days and a 1/2-ounce drop-shot with a red bug-colored Zoom Magnum Trick Worm on the final day when the current slowed down. 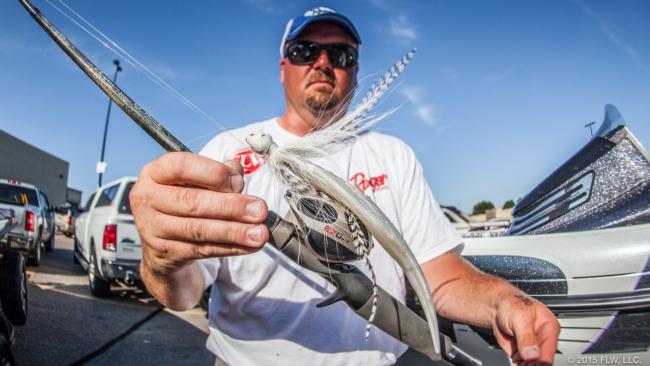 2. A homemade 1-ounce hair jig and a lot of moving around keyed Jeremy Lawyer’s second-place finish. 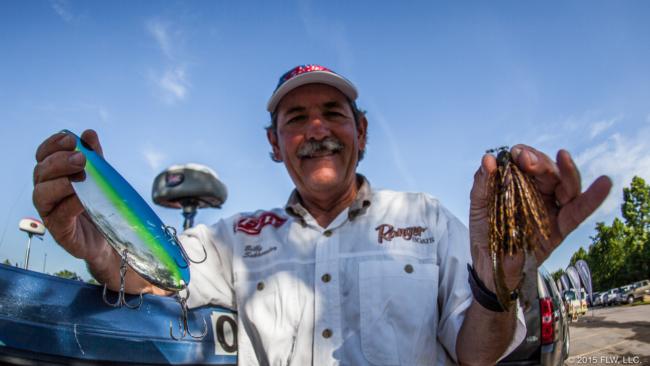 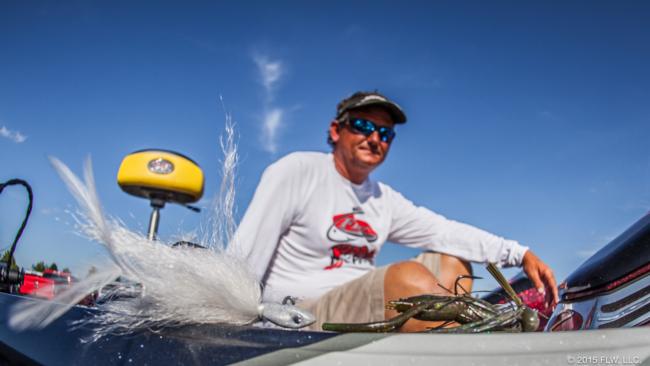 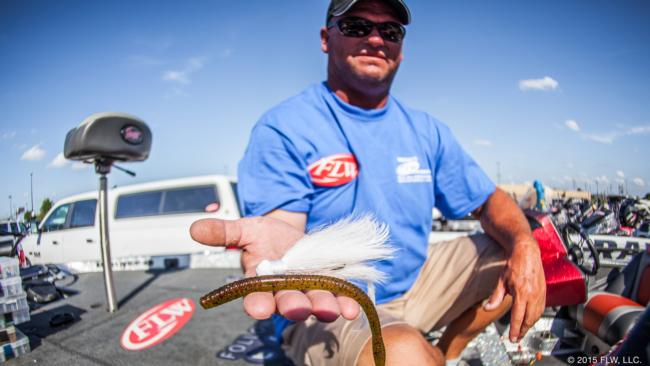 5. Coming all the way from Virginia for his top-five finish was Chris Daves. He relied on a 1/2-ounce hair jig, a green pumpkin Zoom Magnum Trick Worm on a 9/16-ounce shaky head and the Nichols Lures Magnum Spoon. 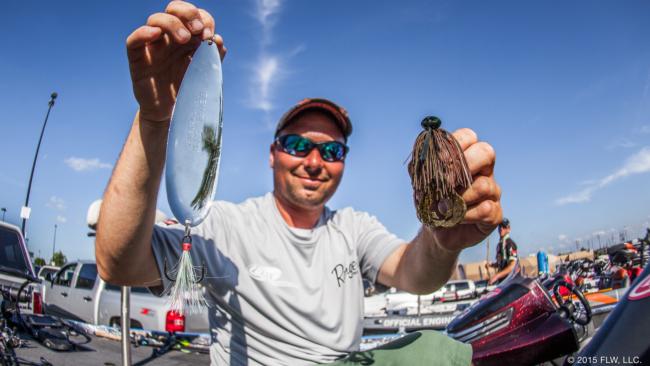 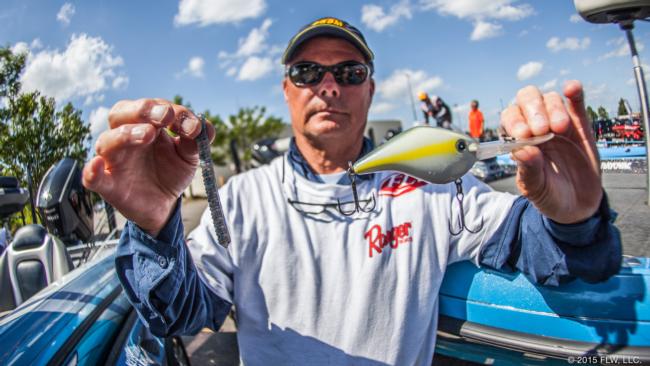 7. Though he nearly cracked 28 pounds on the first day, Bobby Padgett fell off from there and finished seventh. His baits of choice were a Profound Outdoors Z-Boss 25 and a Carolina-rigged Zoom Centipede in the smoke color with blue flake. 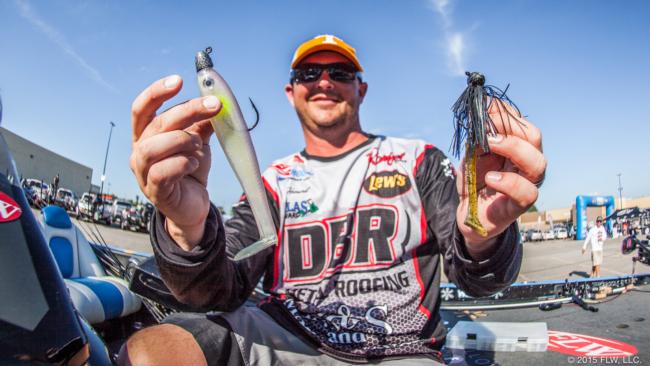 8. J.R. Henard continued his success on Kentucky Lake (he won the 2014 BFL Wild Card there) with a 3/4-ounce black and blue-colored Profound Outdoors Swampers Lures Football Jig paired with a green pumpkin Yamamoto Swim Senko and a variety of colors of 6- and 7-inch Basstrix Paddle Tail Swimbaits. 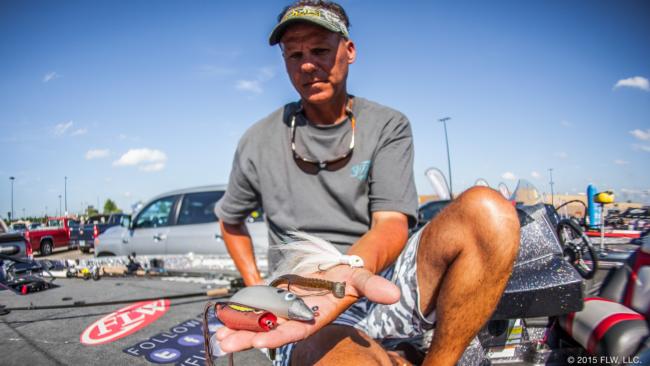 9. Jeff Johnston used a 1/2-ounce hair jig, a 7-inch Basstrix Paddle Tail Swimbait, and green pumpkin- and junebug-colored Zoom Magnum Trick Worms on a 5/8-ounce shaky head on the ledges. On the final day, with his main area blown out by wind, Johnston picked up a SPRO Bronzeye Poppin’ Frog for some bonus bass. 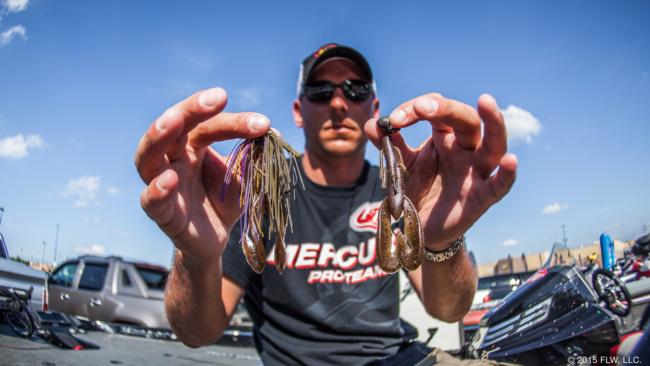 10. Sticking to the ledges paid off for Zach Grounds, who finished 10th with a Hawgback Lures 3/4-ounce football jig in green pumpkin purple with a matching Zoom UV Speed Craw and that same Speed Craw rigged on a 5/8-ounce Gene Larew Biffle HardHead.