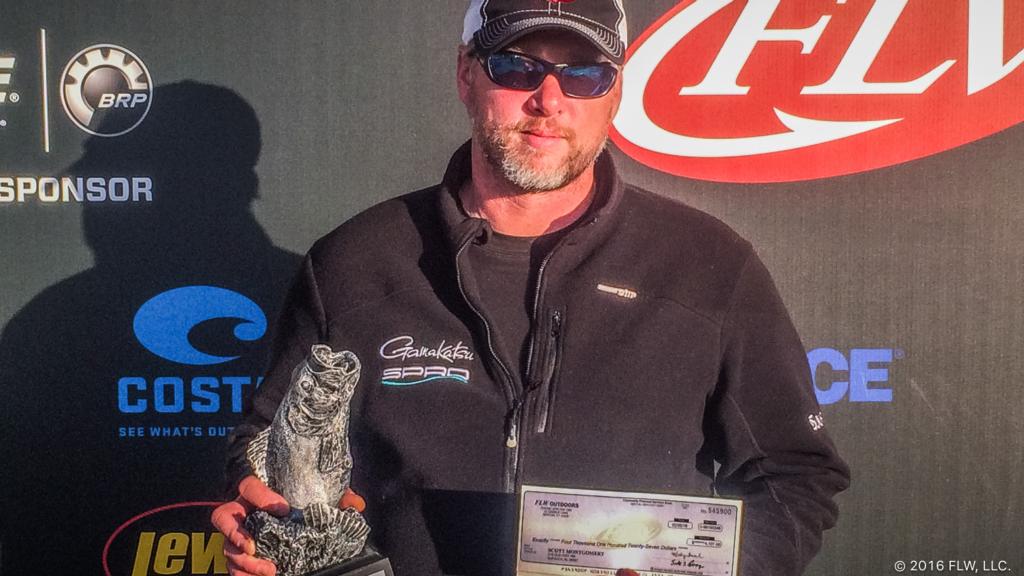 Montgomery said he began his day fishing banks in clear water in an area on the south end of the lake. He said he used a black and blue Strike King Rage Blade Swim Jig rigged with a black and blue Big Bite Baits Cane Thumper.

“I fished it as slow as I could around the banks and had three keepers within the first hour,” says Montgomery.

Around noon, Montgomery said he adjusted and made a run to new types of structure in a nearby area.

“I could tell the bass I was catching early on were smaller males that had moved up and were getting ready to spawn, so I went looking for staging areas,” said Montgomery. “I wanted to hit the first drop out of the spawning pockets, especially where it was deep. That’s where I figured the bigger fish would be.”

The Alabama angler says he switched to a Carolina-rigged Hematoma-colored Big Bite Baits B2 Worm in the new area and used it to catch the remainder of his winning stringer.

Hubbard caught the biggest bass of the tournament in the pro division, a fish weighing 6 pounds, 15 ounces and earned the day’s Big Bass award of $575. 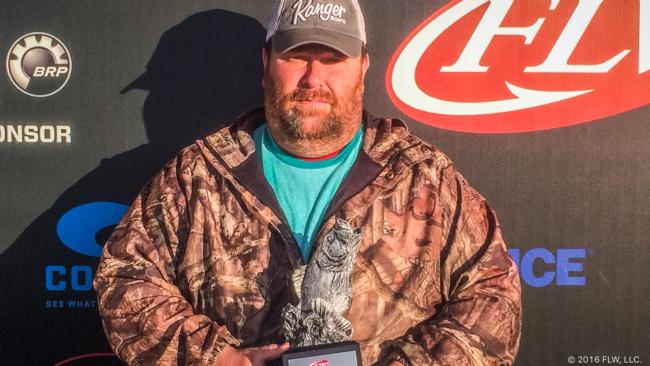 Rega caught the biggest bass of the tournament in the co-angler division, a fish weighing 6 pounds, 12 ounces and earned the day’s Big Bass award of $287.