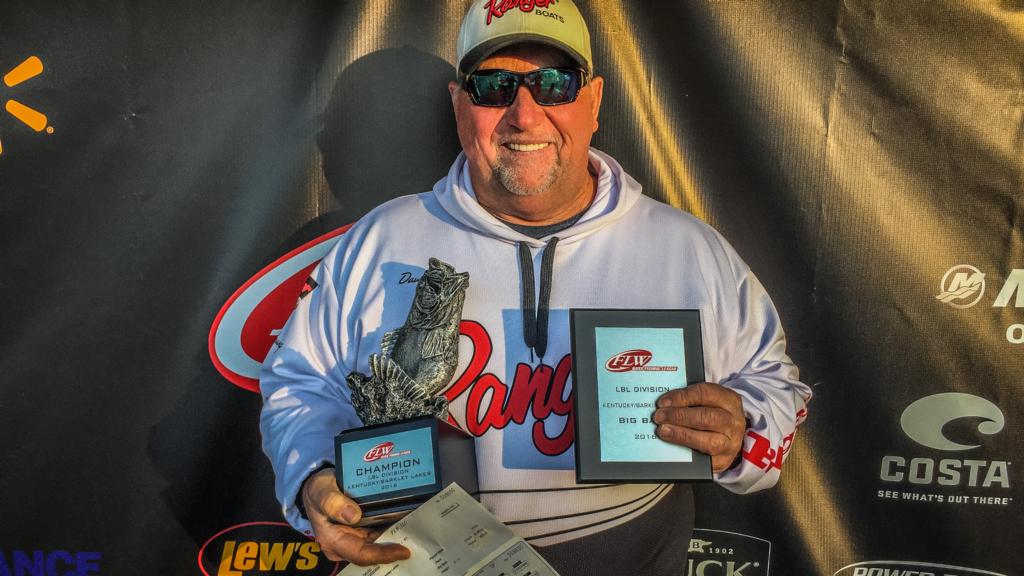 “I originally planned on fishing this event out deep, but the sun came out earlier than I expected so I had to adjust my strategy,” says Young, who earned his 10th career win in FLW competition. “With warmer water I knew the fish would be shallow, so I ended up hitting chunk rock along main-lake banks.

“I split my day between about 15 areas,” Young continues. “I’d catch a fish or two and then move on to more chunk rock. If you didn’t find similar rock in terms of size and depth, it was difficult to hook them.”

Young used one bait – a red Bill Lewis Rat-L-Trap – to catch 10 keepers fairly consistently over the course of the day.

“I had to let it bump the rocks or else I wasn’t going to catch them,” says Young. “Once in a while I would avoid hitting them altogether and would reel fast to see if that technique was more efficient, but it never produced. For me, having the Trap deflect off of the rocks was what helped me edge out the rest of the field.”

Young also caught the biggest bass of the tournament in the pro division, a largemouth weighing 6 pounds, 12 ounces and earned the day’s Boater Big Bass award of $855. 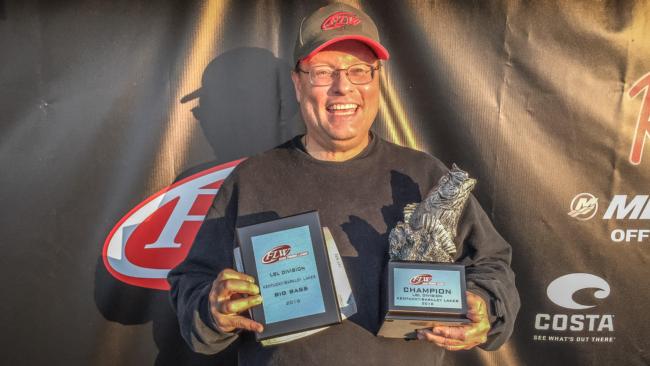 Hurd also caught the biggest bass of the tournament in the co-angler division weighing 7 pounds, 5 ounces and earned the day’s Co-angler Big Bass award of $427.