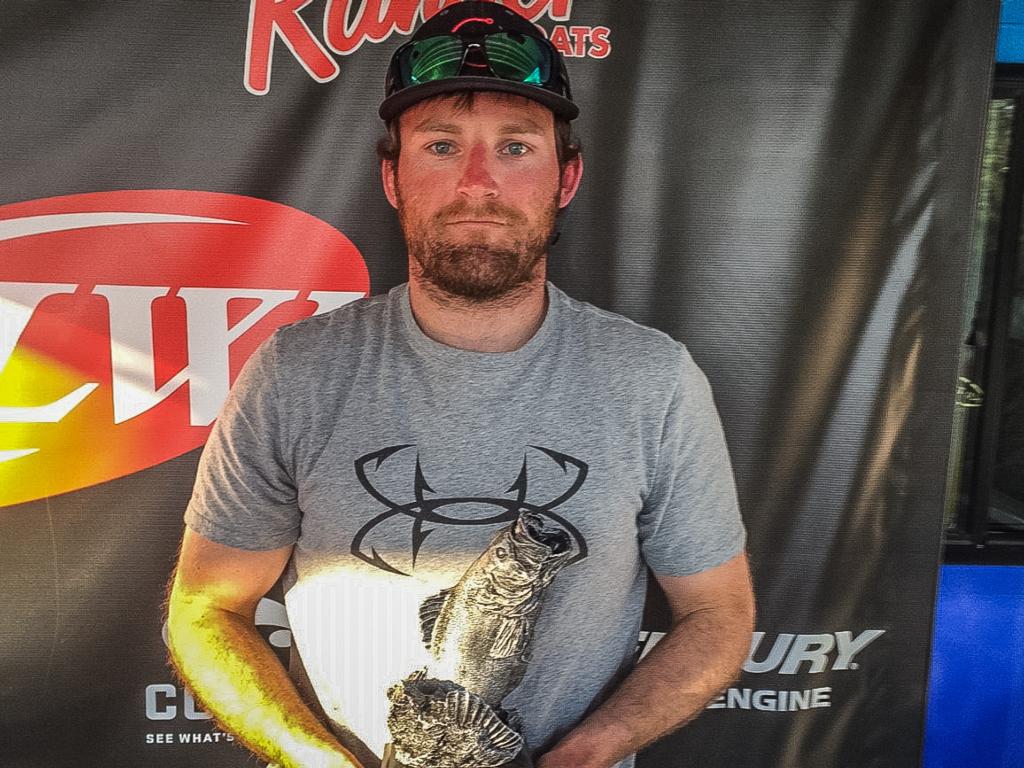 Spradley focused on creek points on the lower end of the lake using a green pumpkin-colored Buckeye Lures Mop Jig with a Zoom Super Chunk trailer of the same color.

“I rotated through three different areas where fish were starting to pull up off of the river,” says Spradley, who earned his first win in BFL competition. “Everybody else was fishing shallow using crankbaits, but I figured bass wouldn’t be up that far yet. I opted to stay in around 30 feet of water which was deeper than everyone else.”

The South Carolina angler says that he caught around 10 keepers over the course of the event.

“I dragged the jig along the bottom very slowly,” continues Spradley. “I wanted the skirt to flair out. That’s important. You have to slow it down and let it do what it’s supposed to do.”

Spradley’s winning stringer was anchored by an 8-pound, 2-ounce kicker which he caught along a secondary point.

“If I hadn’t boated that 8-pounder, there’s no way I would’ve won,” says Spradley. “I couldn’t have asked for a better day on the water.”

Spradley’s 8-pound, 2-ounce bass – the biggest of the tournament in the pro division – earned him the day’s Boater Big Bass award of $445. 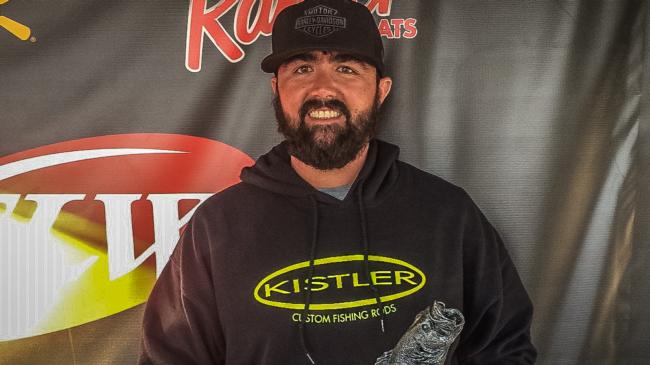 Faile caught the biggest bass of the tournament in the co-angler division, a fish weighing 6 pounds, 15 ounces and earned the day’s Co-angler Big Bass award of $222.