Ginter Goes Against the Grain 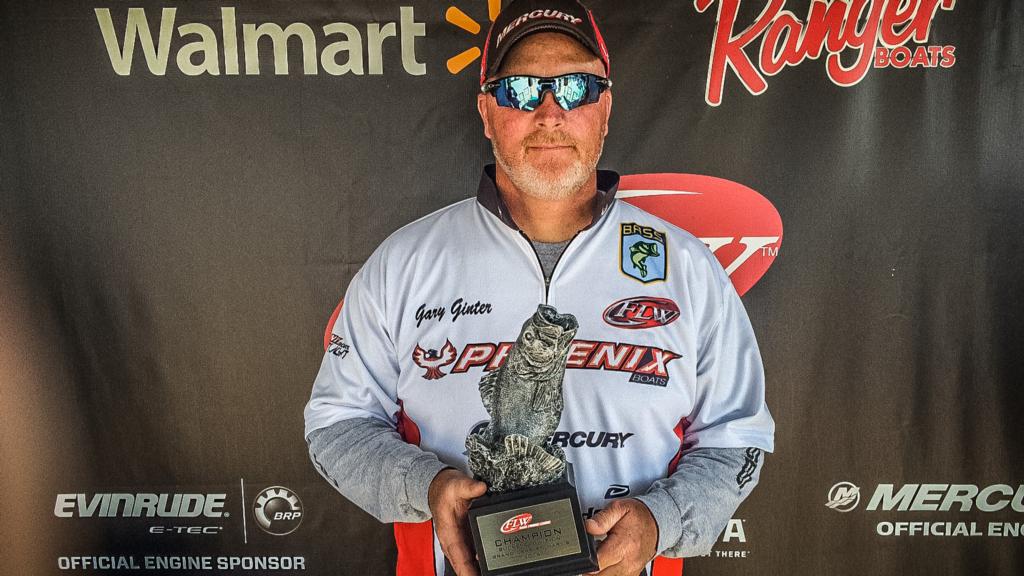 “I started out my day on the south side of the lake fishing canals that I had marked in practice,” says Ginter, who earned his third win in FLW competition. “I had to adjust my pattern a bit due to boat traffic and ended up at my backup spot targeting wood and caught a few fish fairly quick.”

“I moved it slow with short hops,” explains Ginter. “It resembles a Zoom Brush Hog and it got me through the seven areas I hit throughout my day.”

At 12:30 p.m., Ginter said he had four fish in the boat and decided to finish the event running his bait along rocks.

“After the sun came out, I filled my limit and culled when I could,” says Ginter. “I ended up with nine keepers. Basically I paid attention to what others were doing and did the opposite.”

Tangeman caught a 5-pound, 3-ounce bass – the biggest of the tournament in the pro division – and earned the day’s Boater Big Bass award of $740. 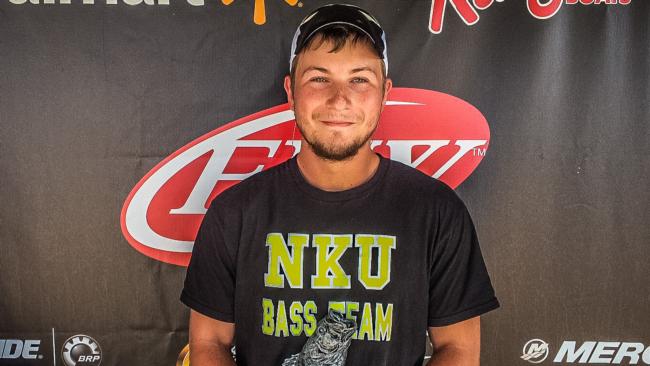 Miller caught the biggest bass of the tournament in the co-angler division, a fish weighing 5 pounds, 11 ounces and earned the day’s Co-angler Big Bass award of $367.