Morrow Mixes it up on Hartwell

Rogers the best of the co-anglers 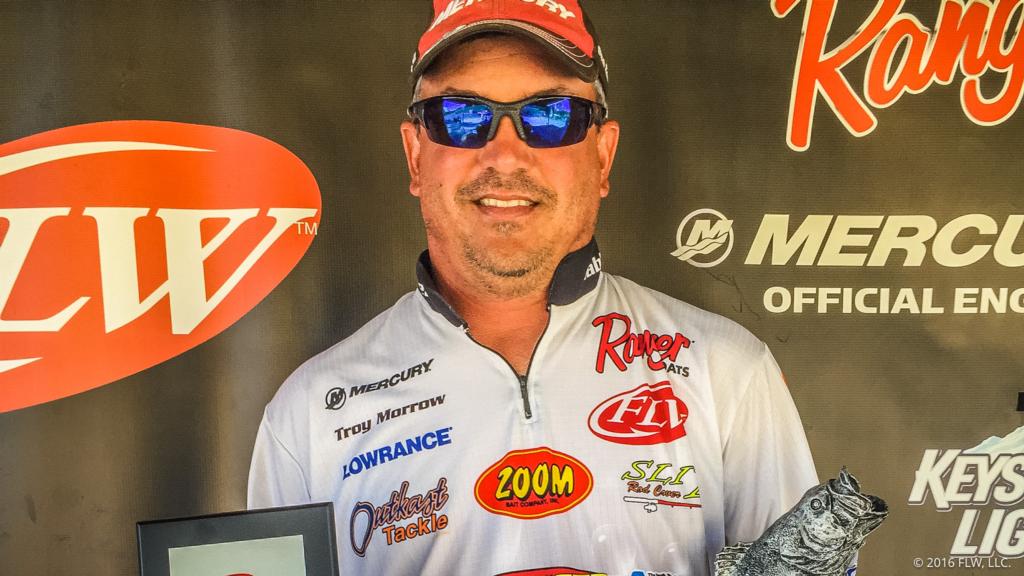 “My original intention was to head up the river and look for bedding fish, but when I arrived at my area they were gone,” says Morrow, a four-time Forrest Wood Cup qualifier. “I had to adjust on the fly.”

“I flipped laydowns using a plum-apple-colored Zoom Lizard and had some success,” explains Morrow. “I found that there was also a flipping bite near smaller bushes. There were a bunch of bucks in them. At some larger willow bushes, I caught one that I eventually weighed in.”

Around 1 p.m., Morrow says he ran south to a pocket where he ended up catching the heaviest bass of the tournament.

“I saw a big female in there and threw the Lizard, but she wasn’t biting,” explains Morrow. “I left her alone for a while, then went back, pitched in a green-pumpkin Lizard, and she bit.”

Morrow says his final two limit fish came on a Zoom swimbait off of docks on a nearby main-lake flat.

Morrow also caught a 7-pound, 6-ounce bass – the biggest of the tournament in the pro division – and earned the day’s Boater Big Bass award of $565. 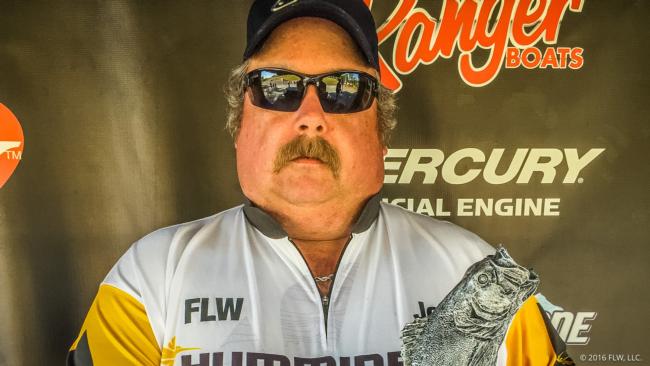 Rogers the best of the co-anglers

Ethan Monk of Long Creek, South Carolina, caught the biggest bass of the tournament in the co-angler division, a fish weighing 4 pounds, 9 ounces and earned the day’s Co-angler Big Bass award of $282.