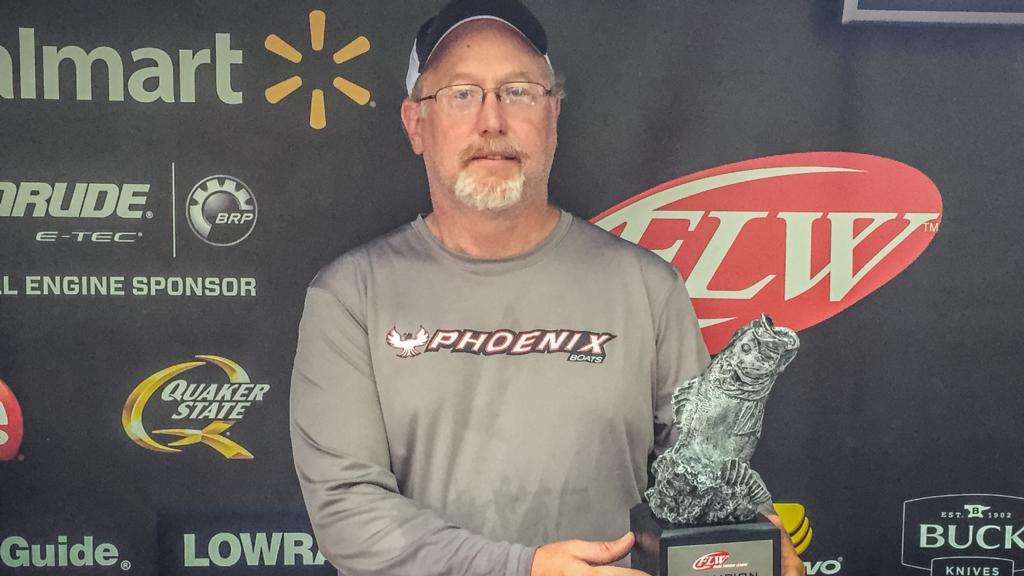 Mooneyham says he concentrated on stumps and small patches of grass on the upper end of the lake.

“I grinded through three different areas to catch my limit,” says Mooneyham, who earned the first win of his FLW career. “There were hard stems on the grass and the fish were right on the edge of them. At the first stop, I boated around ten keepers before 11 a.m.

“Every fish I caught was on a green-pumpkin Yamamoto Senko,” says Mooneyham. “I’d cast it out there, let it fall straight down on the slackline and pull it in after a few seconds. I tried throwing a few other things but the Senko is what they wanted.”

Mooneyham finished his day navigating two areas, which included a nearby stump field and a spawning pocket.

Chris Baldwin of Lexington, North Carolina, caught a 6-pound, 7-ounce bass – the biggest of the tournament in the pro division – and earned the day’s Boater Big Bass award of $340. 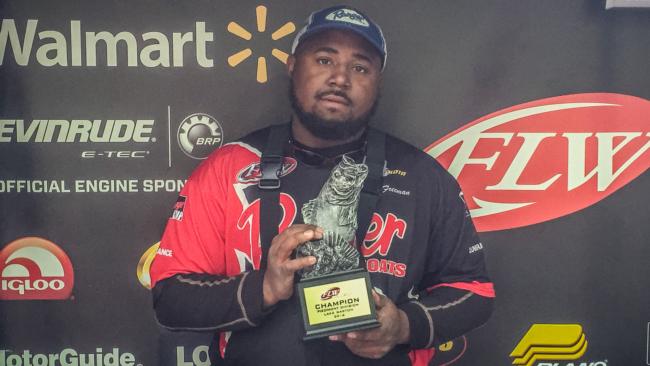 White caught the biggest bass of the tournament in the co-angler division, a fish weighing 4 pounds, 5 ounces and earned the day’s Co-angler Big Bass award of $170.