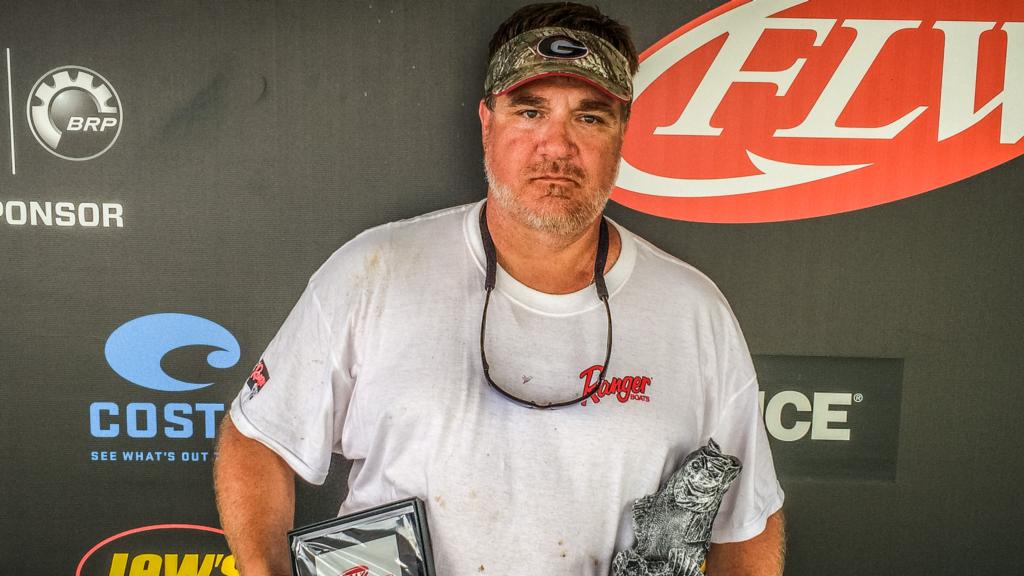 “I spent my day fishing main-lake seawalls that were filled with riprap and had small, secondary pockets in them,” says Lowe, who earned his first win in FLW competition. “All of the areas I hit were within a mile of one another. The shad have been spawning there for about two weeks, so they were holding a lot of fish.”

“I’d throw it out there, pop it twice and then let it sit,” says Lowe. “The bites weren’t very aggressive at all. The bass weren’t blowing up on it, but rather, they were sucking it down. I caught my biggest fish – a 6-pounder – at 10:45 a.m. out of a sand-filled pocket near a boat dock. That really helped me out.”

Lowe went on to say that he caught nine keepers fairly consistently throughout his day.

Lowe also caught a 6-pound, 3-ounce bass – the biggest of the tournament in the pro division – and earned the day’s Boater Big Bass award of $590. 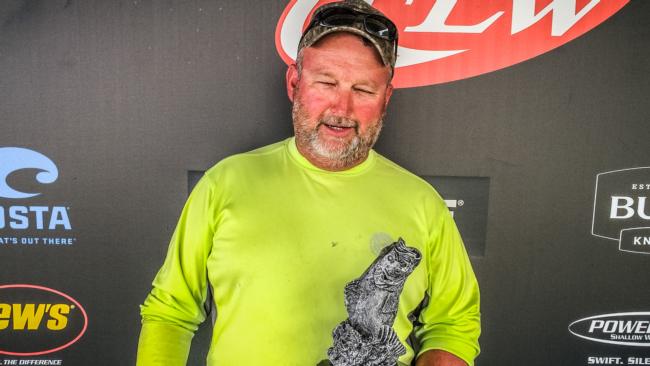 Zeke Cronley of Roswell, Georgia, caught the biggest bass of the tournament in the co-angler division, a fish weighing 6 pounds, 8 ounces and earned the day’s Co-angler Big Bass award of $295.