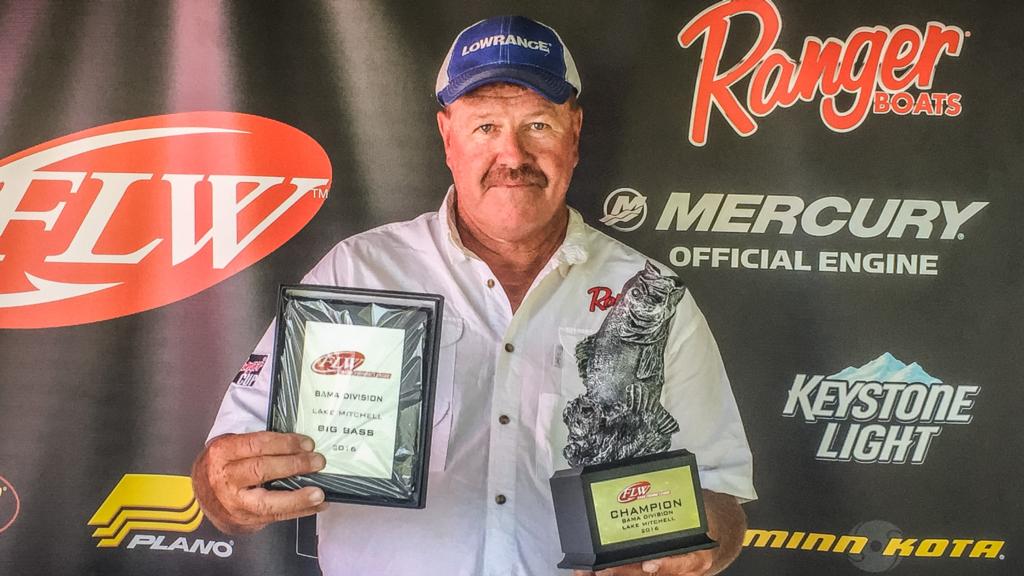 Millsaps says he spent the majority of his day fishing a bluff wall stretch on the upper end of the lake.

“I had one area that was really active, especially after the sun came out,” says Millsaps, who earned his third win in FLW competition. “It was a long, straight bluff wall with a dip in it where fish could get out of the current.”

Millsaps used a custom brown and black-colored jig to catch approximately 15 keepers throughout the event.

“I was sitting in about 20 feet of water and I’d let the jig slide down the wall,” says Millsaps. “That’s when they’d get it. My biggest bass – a 6-pounder – came from a seawall that had rocks on it. After that, I caught most of my fish between 1 and 3 p.m. – all on the jig.”

The Georgia angler filled his five-bass limit with just minutes to spare.

“I boated three in a row on a rocky point which protruded from the bluff wall and ended up weighing two of them,” says Millsaps.

Millsaps also caught a 6-pound, 1-ounce bass – the biggest of the tournament in the pro division – and earned the day’s Boater Big Bass award of $525. 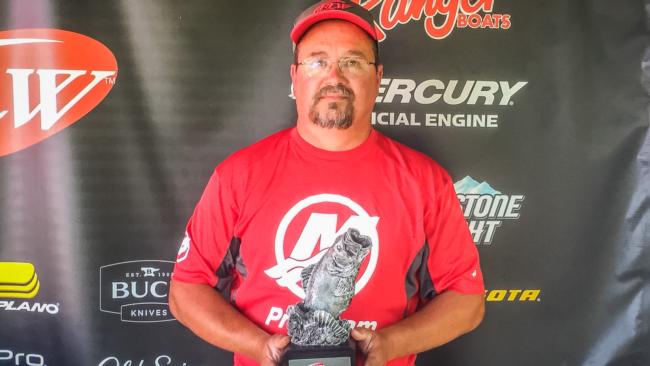 Jerry Cook of Prattville, Alabama, weighed in five bass totaling 15 pounds even Saturday to win the co-angler division and earn $1,944.

Ellison caught the biggest bass of the tournament in the co-angler division, a fish weighing 3 pounds, 13 ounces and earned the day’s Co-angler Big Bass award of $262.