Smith by an Ounce on Grand 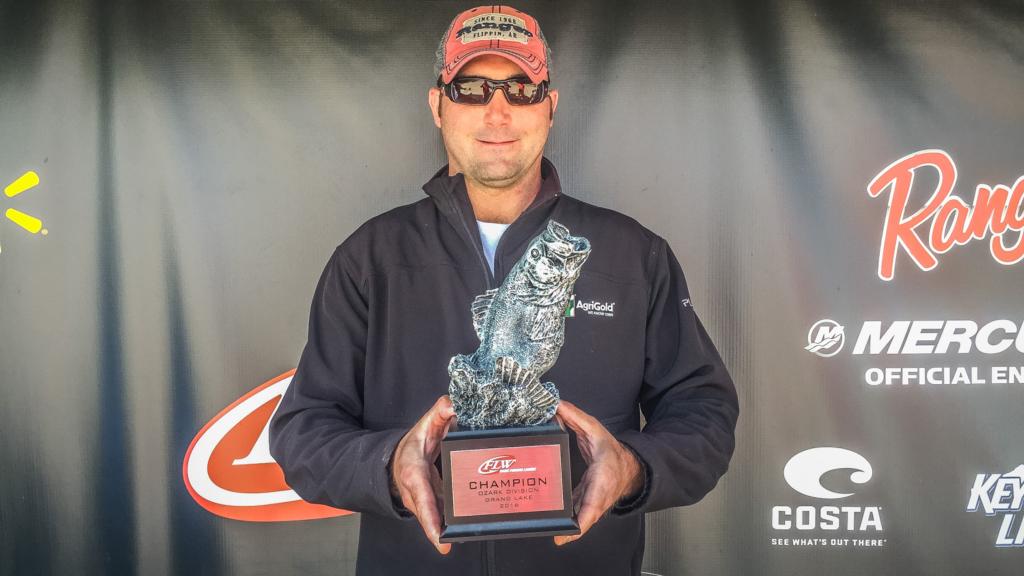 “In the morning I ran to a backwater pocket on the north end that was littered with riprap,” says Smith, who earned the second win of his FLW career. “There was a low bridge, but with my new aluminum Ranger I was able to raise the trolling motor and get under it. No one else could get back to where the rain had pushed the fish to.

“In the backwater I caught three of my limit fish – including a 5-pounder – flipping a Black Neon-colored Reaction Innovations Sweet Beaver,” Smith continues. “They were in about a foot of water along scattered wood, logs and laydowns.”

At 8 a.m., Smith ran to his second area – a ledge off of a point in a Honey Creek cove – to focus on postspawn bass.

“I filled my limit with a shaky head paired with a green-pumpkin Zoom worm,” says Smith. “I fished in 12 feet of water and ran the bait slow along the bottom. I ended up with five bites all day and they paid off.”

James Rogers of Springdale, Arkansas, caught a 5-pound, 13-ounce bass – the biggest of the tournament in the pro division – and earned the day’s Boater Big Bass award of $590. 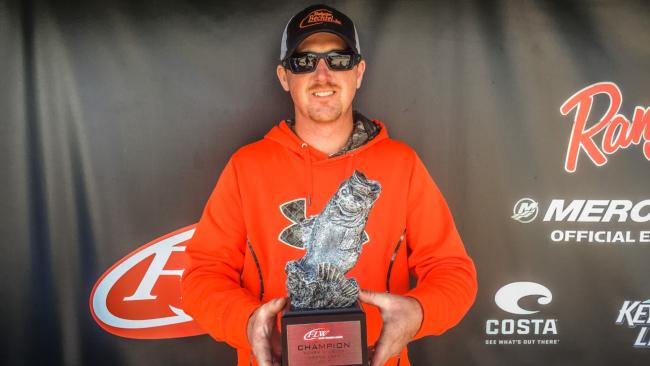 Nisbet caught the biggest bass of the tournament in the co-angler division, a fish weighing 5 pounds, 12 ounces and earned the day’s Co-angler Big Bass award of $295.