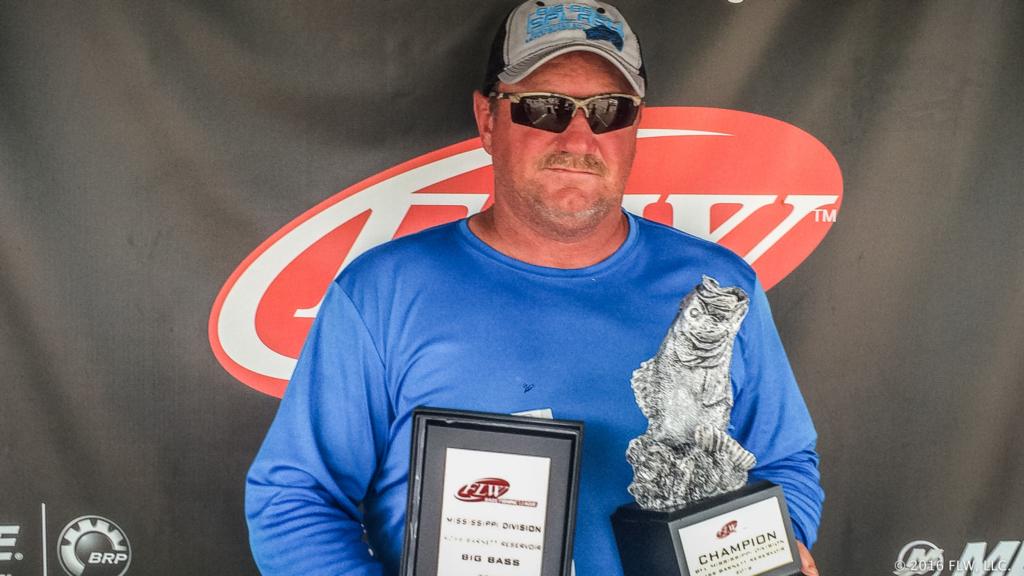 Smith began his day fishing an assortment of brush piles on a hump near the dam. He says he positioned his boat in approximately 15 feet of water while he casted into roughly 7 feet of water.

“It was one of those areas where you can sit all day and not catch anything, or you can get some good, quality bites fairly quickly,” says Smith, who earned the first win of his FLW career. “In three hours, I caught three good-sized fish – two on a Carolina-rigged, plum apple-colored Zoom Ol’ Monster Worm and one on a custom green-pumpkin-colored jig rigged with a green-pumpkin Strike King Rage Tail Craw.”

Smith says he followed a similar pattern throughout the day at nearby humps, ledges and points. He rotated between the two baits and boated an additional 12 keepers.

“We hopped around to about four or five more areas to finish out the day,” says Smith. “We caught a lot in terms of numbers, but only those first three had some size to them. I still had a great time out there.”

Smith also caught a 7-pound, 9-ounce bass – the biggest of the tournament in the pro division – and earned the day’s Boater Big Bass award of $640. 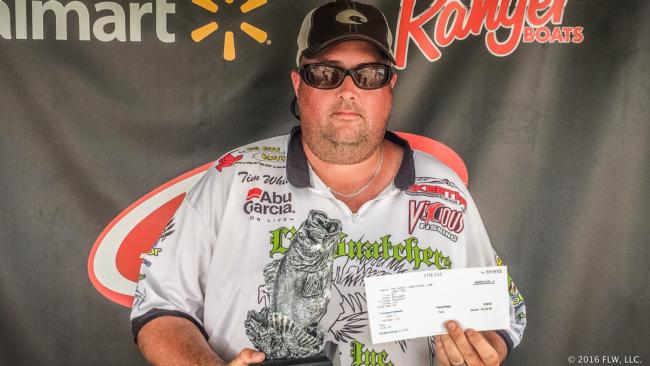 McDill caught the biggest bass of the tournament in the co-angler division, a fish weighing 6 pounds, 2 ounces and earned the day’s Co-angler Big Bass award of $320.