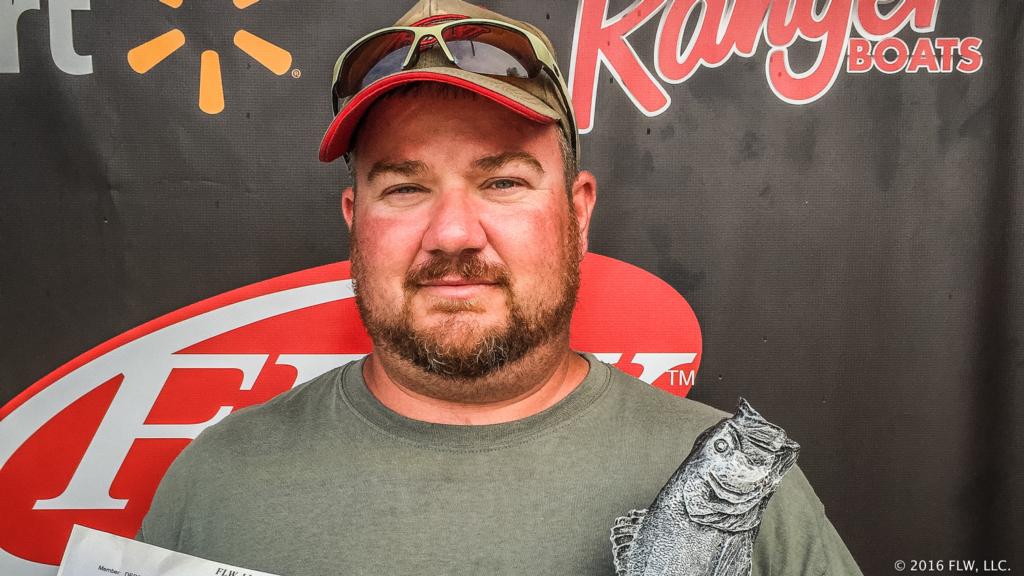 “I spent the majority of the tournament in Herring Creek,” says Brown, who earned his second win in FLW competition. “I trolled along a 50-yard stretch all day, back and forth.”

Brown targeted bass near lily pads and wood, catching most of his fish from the latter.

“In the morning I used a black and white-colored Lobina Lures Rico topwater bait with the incoming tide,” says Brown. “When the tide changed around 10 a.m., the bite changed. After that I began locating bass with the Rico and catching them on a shaky-head rig with a junebug-colored Zoom Trick Worm.

“I caught seven keepers and ended up with three of my limit-fish on the Rico and two on the Trick Worm,” says Brown. “It was a great day of fishing.”

Meyn caught an 8-pound, 9-ounce bass – the biggest of the tournament in the pro division – and earned the day’s Boater Big Bass award of $705. 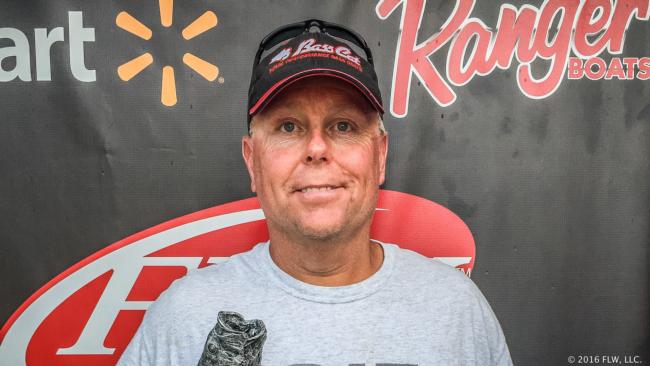 Jim Petrous of Stafford, Virginia, caught the biggest bass of the tournament in the co-angler division, a fish weighing 4 pounds, 2 ounces and earned the day’s Co-angler Big Bass award of $352.