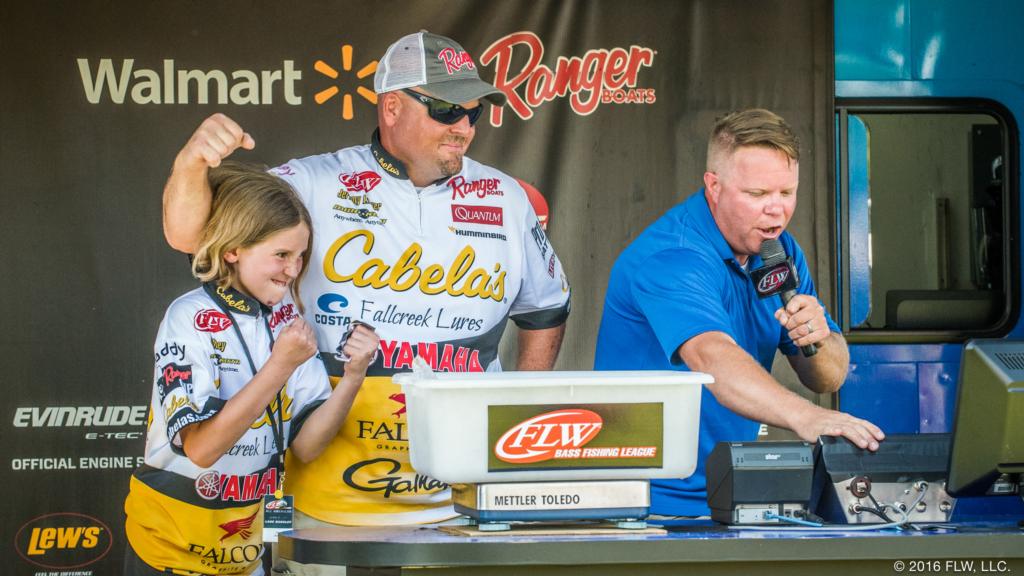 Jeremy Lawyer began his bid for the 2016 FLW Bass Fishing League All-American crown on Lake Barkley much the same as he ended his 2015 campaign for that title – at a gallop. Lawyer, who finished second in the championship last year on Kentucky Lake, snared the lead in this year’s event, which is hosted by Cadiz-Trigg County Tourism, with a limit that totaled 18 pounds, 6 ounces. Among the five bass was a 5-pound, 4-ounce smallmouth that Lawyer caught at midday.

“It was a grind; that’s all there was to it,” says the angler from Sarcoxie, Mo. “Some of the places I thought would pay off didn’t have anything on them, and I caught two off a spot that I didn’t think had much potential until I fished there. I probably hit 40 or 50 places today, and I put eight keepers in the boat and culled twice. Two of my fish came off of one spot on one bait, but the rest were all over the place. I fished up and down the lake, from as far north as we could fish, to down south to a marina just above Dover [Tenn.] There’s not enough fish in one place to stay put ­– or at least not for me.”

Lawyer leads LBL Division stalwart Drew Boggs of Lebanon, Tenn., by just over a pound, while New Jersey fisherman John Vanore is in third place with 15-14. Only 22 limits were brought in by the 98 anglers – 49 boaters and an equal number of co-anglers – indicative of the slow fishing.

A number of the anglers held out hope that the fishing would improve Friday as the effects of a passing cold front earlier in the week continue to dissipate and the air temperature climbs into the low 90s. As Lawyer notes, many of the leaders are hopscotching around the lake, hitting ledges, offshore brush piles, secondary points and shoreline cover.

“It was more like a practice day for me,” admits Boggs, who caught 10 keepers, including a 5-pound, 8-ounce largemouth that was the heaviest weighed Thursday. “I’m trying to establish a milk run, but I keep eliminating places rather than adding them. I hope it’s going to get better. I believe it will.”

Although the contenders won’t reveal many secrets yet, Lawyer did concede that he didn’t catch any fish on surface lures, though some of his competitors did. He says he has 10 rods rigged up and ready on his Ranger’s deck, and all of them have different lures.

“If the current kicks in a little more Friday than what we had today, it’s going to improve things, no doubt,” he says. “But that’s not saying it still won’t be another grind day. Like everybody else, I’m just trying to scrape through so I can get to fish on Saturday [in the championship round].” 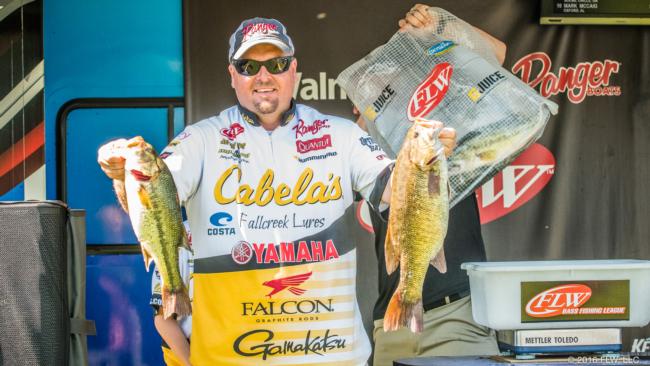 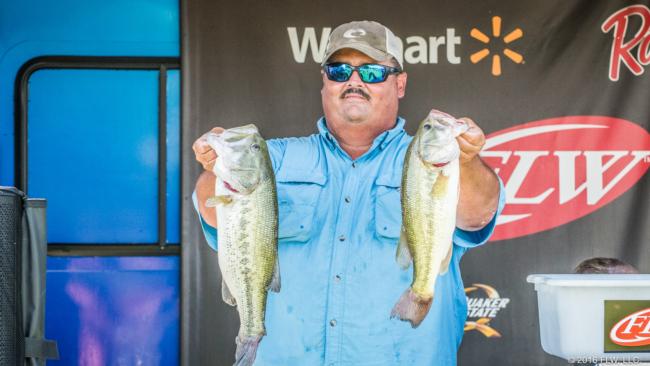 By David A. Brown

When all of his pre-practice findings fizzled, Mike Allen regrouped and attacked Lake Barkley with a hodgepodge of techniques, the results of which gave him the day-one lead at the BFL All-American with 16 pounds, 5 ounces.

Targeting shallow wood and rock in about 6 to 8 feet of water, Allen threw a mix of jigs, Texas-rigged baits and topwaters. He had seven keeper bites spread out about every 90 minutes.

“I think I got one bite on everything I threw,” Allen says. “I capitalized on what bit, but I did lose two bigger fish.”

Notably, one of Allen’s keepers came on a Strike King 8.0 – a large-bodied square-bill designed to run shallow with a big profile.

“That was just a prayer to get a big bite,” adds the Mississippi co-angler. “I did catch one with it today, but I think if I keep it in my hand tomorrow, I can get a big bite.”