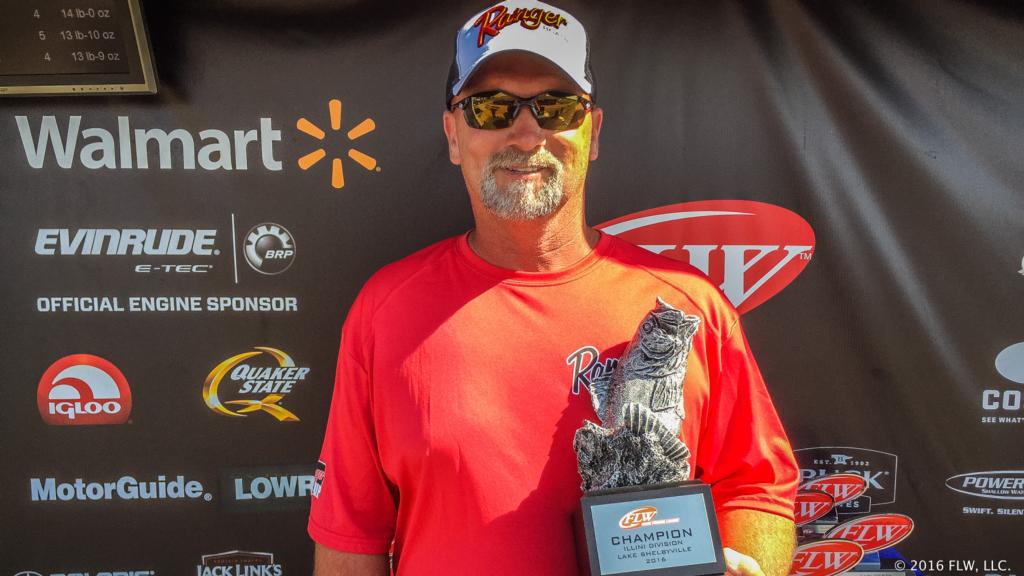 “My first productive area was a mid-lake point in 12 to 16 feet of water,” says Dill, who notched his third win in FLW competition. “I ran to several other points, but ended up only needing three to catch the majority of my fish. I had a decent limit of bass in the boat by 11 a.m.”

Dill rotated between three baits throughout the event – a Redbug-colored Zoom Ol’ Monster Worm, a green-pumpkin and brown-colored Custom Craft jig and a Yo-Zuri crankbait.

“I didn’t want the fish to get accustomed to seeing one particular bait, so I rotated between them fairly evenly,” says Dill. “The fish were there, I just had to work for them. I ended up catching nine keepers. It was a great event.”

LeSaulnier caught a 6-pound, 11-ounce bass – the biggest of the tournament in the pro division – and earned the day’s Boater Big Bass award of $620. 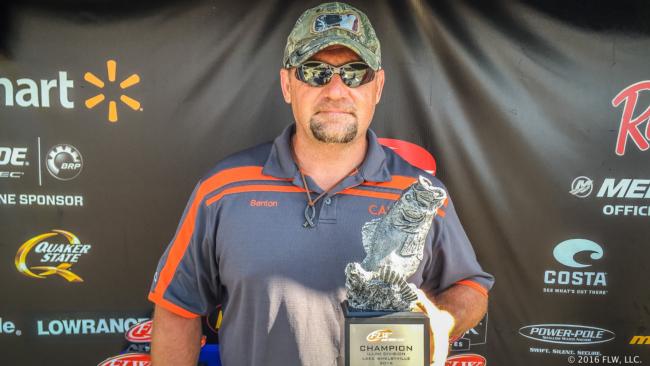 Tom Dorothy of Bloomington, Illinois, caught the biggest bass of the tournament in the co-angler division, a fish weighing 5 pounds, 15 ounces and earned the day’s Co-angler Big Bass award of $310.