Kicker Pushes Dobson Over the Top 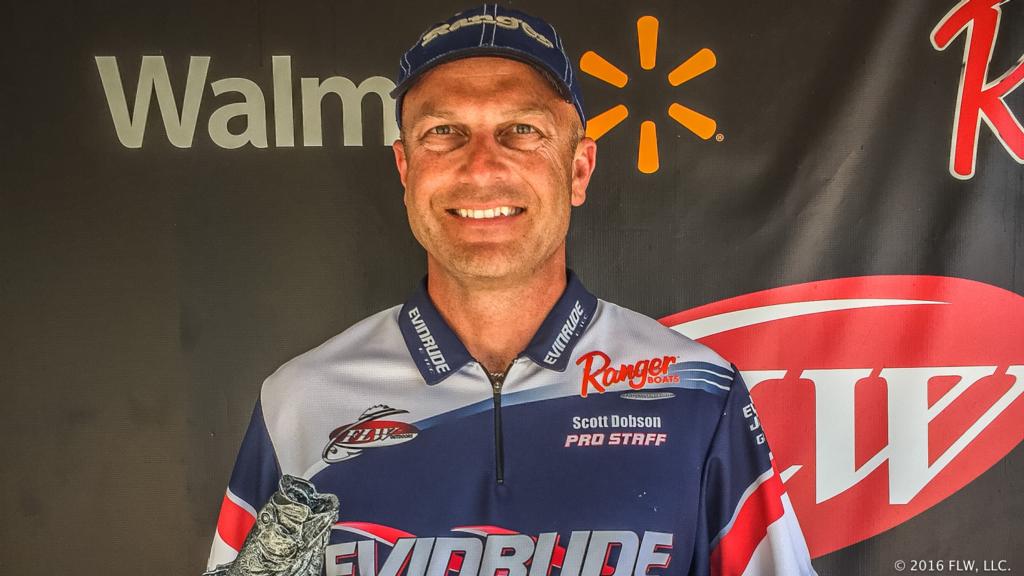 Dobson says he targeted postspawn bass on flats and in current breaks in creek mouths. He dissected 15 to 20 areas and caught approximately 20 bass during the event.

“I caught two fish first thing in the morning that really anchored my limit,” says Dobson, who earned the sixth win of his FLW career. “One was just shy of 6 pounds. It ended up being the heaviest fish caught in the tournament. By 8 a.m. I had my entire limit. I made a small upgrade later in the day, but that was about it.

“I was throwing a Chartreuse Shad-colored Lucky Craft Pointer jerkbait,” Dobson continues. “I positioned it on the flat and brought it to the break to imitate the baitfish. It didn’t take long for the bass to ambush it.”

“I just kept chucking and winding, and eventually they ate it,” says Dobson. “The 6-pound bite really sealed the deal for me.”

Dobson’s 5-pound, 15-ounce bass – the biggest of the tournament in the pro division – earned the day’s Boater Big Bass award of $595. 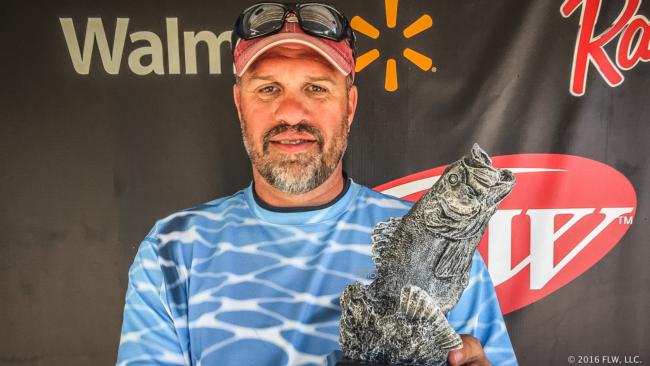 Matual caught the biggest bass of the tournament in the co-angler division, a fish weighing 5 pounds, 2 ounces and earned the day’s Co-angler Big Bass award of $292.