Co-angler Miller comes out on top 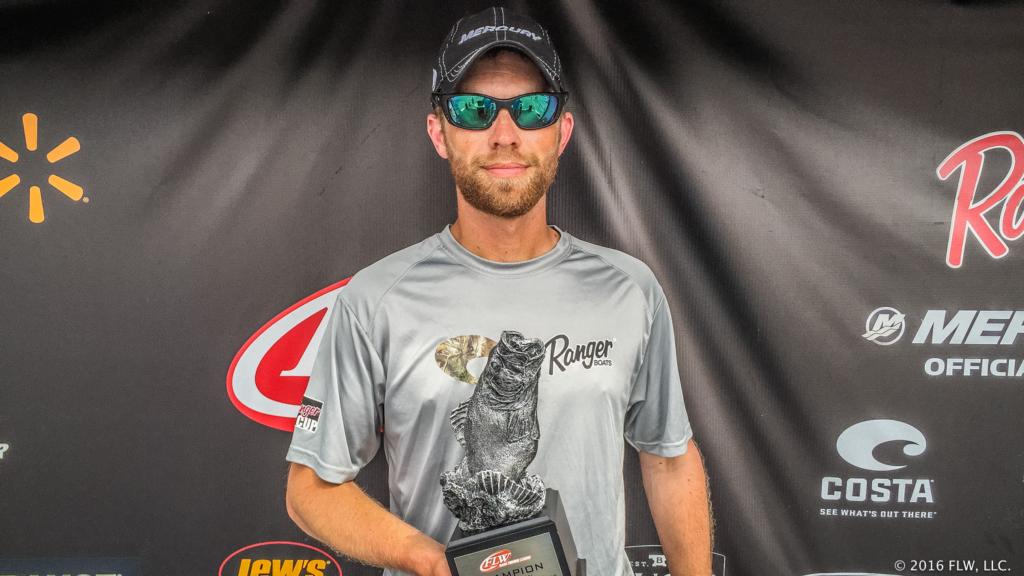 “I won this event doing the exact opposite of what people would expect from a tournament on Kentucky Lake this time of year,” says Ohms, who earned the first win of his FLW career. “There was high water due to rain, so I decided to fish this tournament shallow.

“I spent the day fishing ditches in the backs of creeks north of Paris Landing,” Ohms continues. “There was a strong current coming in that was littered with baitfish and bass that were moving up shallow. I had 22 pounds in the boat by 7:30 a.m.”

Ohms used one bait to catch his limit – a black and blue-colored 3/8-ounce Z-Man ChatterBait.

“Every fish I caught came from less than 2 feet of water,” says Ohms. “They attacked the bait in open water and tried to bring it into the bushes. I didn’t go longer than 10 minutes without catching a fish all day long. I could go back and forth over the same cover and they just kept reloading. It was a lot of fun.”

Barry Goen of Marthasville, Missouri, caught a bass weighing 6 pounds, 15 ounces – the biggest of the tournament in the pro division – and earned the day’s Boater Big Bass award of $585. 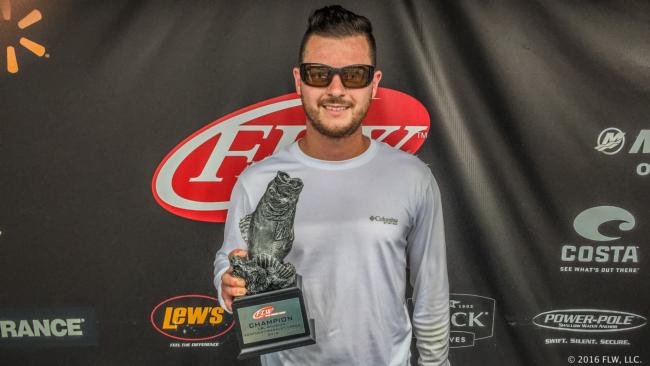 Arning caught the biggest bass of the tournament in the co-angler division, a fish weighing 6 pounds, 4 ounces and earned the day’s Co-angler Big Bass award of $146.