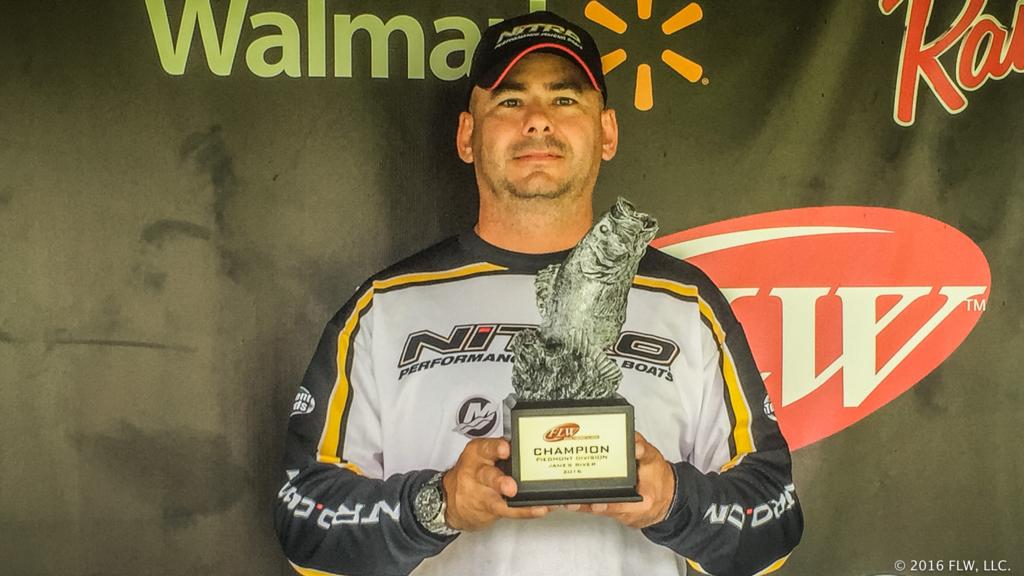 “I primarily flipped wood, rocks and laydowns in Falling Creek,” says Gillespie, who earned his first win in BFL competition. “We caught the outgoing tide and fished in 2- to 3-foot depths. I had a limit in the boat by 8 a.m.”

Gillespie ran south and caught another keeper around 9:30 a.m. before returning to the creek to work the incoming tide.

“I caught six of my eight keepers flipping a drop-shot rig with a green-pumpkin Zoom Finesse Worm,” says Gillespie. “It’s definitely an unusual tactic. In practice, the fish wanted something small and compact. I left only an 8-inch leader between the sinker and the bait.”

With five minutes left in the event, Gillespie says he boated a 4-pounder on a Texas-rigged, green-pumpkin Reaction Innovations Sweet Beaver out of some grass near the takeoff ramp.

“It was my final cast, and that fish ended up winning the event for me,” says Gillespie. “I guess it was meant to be.”

Michael Martinez of Lanexa, Virginia, caught a bass weighing 5 pounds, 15 ounces – the biggest of the tournament in the pro division – and earned the day’s Boater Big Bass award of $390. 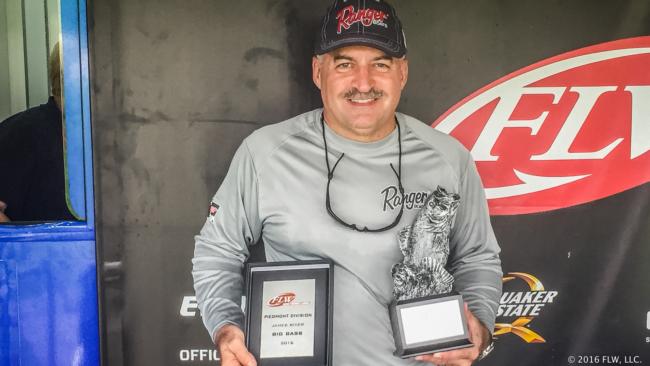 Riveras also caught the biggest bass of the tournament in the co-angler division, a fish weighing 6 pounds, 14 ounces, and earned the day’s Co-angler Big Bass award of $195.