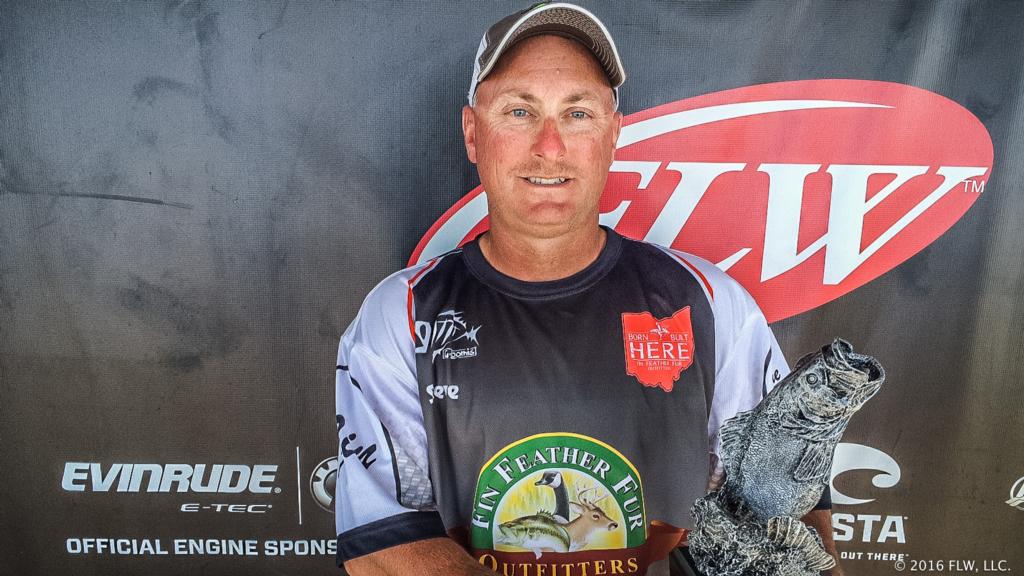 “On day one I worked an area on the south side of Sandusky Bay that I wanted to burn through before the wind switched out of the northwest on Sunday,” says Hatfield, who earned his first career FLW win. “I was afraid the wind would ruin it, so I got everything I could out of it.”

Hatfield concentrated on riprap, occasionally throwing his lure to small pieces of wood.

“I pitched a green-pumpkin Big Bite Baits Salt Tube to the wood when the sun got up high,” says Hatfield. “Around 1:30 p.m., I switched to a Green Gizzard-colored Strike King KVD 1.5 Square Bill Crankbait and they loved it. I culled three or four times before heading in.”

On day two, Hatfield says the northwest wind forced him to switch patterns.

“I think the bass were shallower on day two because of the wind,” says Hatfield. “I hit riprap on points near the entrance of Sandusky Bay using a white Z-Man ChatterBait. At my second stop, I caught a 3-pounder on a green-pumpkin All-Terrain Tackle Football Head Jig.”

Hatfield finished out his final day on the water by returning to his area from day one, and catching four keepers using the Big Bite Baits Tube.

Neal Ramsey of Harrison, Ohio, caught a bass weighing 4 pounds, 4 ounces – the biggest of the tournament in the pro division – and earned the Boater Big Bass award of $637. 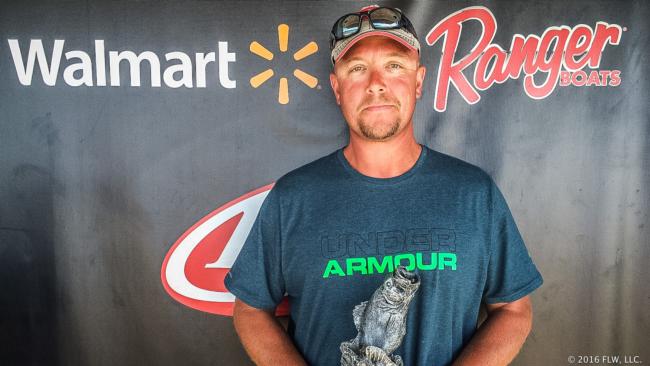 Rob Plummer of Waynesville, Ohio, caught the biggest bass of the tournament in the co-angler division, a fish weighing 4 pounds, 7 ounces, and earned the Co-angler Big Bass award of $319.