Brueggen Back on top on Mighty Miss 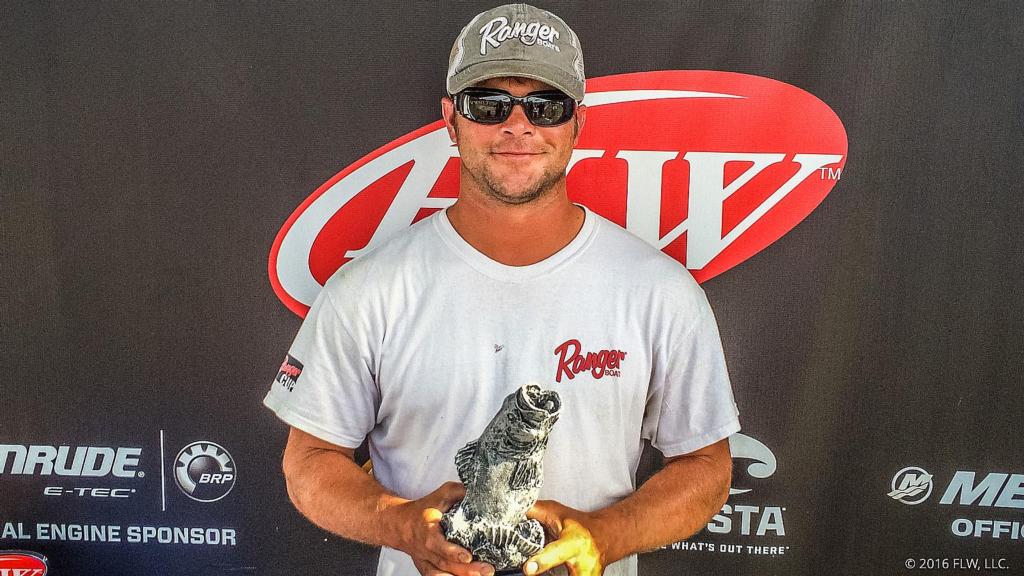 “I fished the majority of the tournament in Pool No. 8, but also a little bit in Pool No. 9,” says Brueggen, who earned his fourth career BFL win. “I started out the tournament fishing for smallmouth, but by 10 a.m. on Saturday I scrapped that plan. In certain areas of the river as the weeds die off it exposes a clean, sandy bottom. I ended up targeting largemouth in those areas.

“My numbers were good – I caught between 20 and 40 fish each day,” Brueggen continues. “The majority of them were 2-pounders, but I caught a couple of big ones each day.”

Brueggen says that he caught his fish on three baits – a ¼-ounce swim jig with a yellow, silver and blue-colored twister tail, a Kureiji buzzbait and a protoype frog from Kureiji.

“The frog really is a prototype – I have the only two that currently exist,” says Brueggen. “This win should help speed up the release process, though.

“I think the key to my win was just fishing with confidence,” Brueggen went on to say. “I’ve been fishing on this river for more than 15 years and I didn’t even figure out the clean bottom pattern until mid-way through that first day. When you completely scrap the pattern that you have planned, it takes confidence in your abilities.”

Aswegan caught a bass weighing 4 pounds, 13 ounces – the biggest of the tournament in the pro division – and earned the Boater Big Bass award of $825. 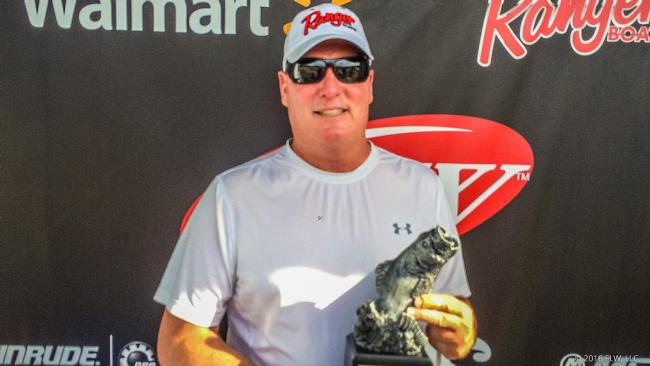 Fisher caught the biggest bass of the tournament in the co-angler division, a fish weighing 5 pounds, 1 ounce, and earned the Co-angler Big Bass award of $412.