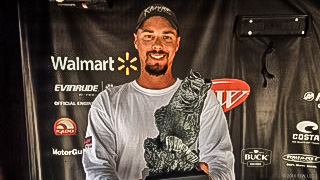 “I spent the tournament targeting smaller, isolated grass mats on the lower end of the lake,” says Davis, who earned his third win in FLW competition. “In the fall, on a grass lake, you’re going to win by either flipping, punching or throwing a frog, and that’s what I did.

“On Saturday, I caught four keepers by 9 a.m. on a bluegill-colored Jackall Iobee Frog out of a 40- by 40-yard mat,” Davis continues. “After that, I caught my fifth punching a mat with a black-and-blue Jackall Archelon. I probably had 15 pounds by noon.”

Davis says he made the same milk run on Sunday, using the same baits on the lower end of the lake.

“I caught a keeper on the Iobee, and then two more from a punching spot with the Archelon,” says Davis. “By 1:30 p.m., I only had four in the boat and a storm was on the way. I decided to run back to my frogging area for one more chance. I threw out the Iobee and a fish blew up on it. That was my fifth, and I headed into the scales.”

Johnston caught a bass weighing 9 pounds, 8 ounces – the biggest of the tournament in the pro division – and earned the Boater Big Bass award of $577. 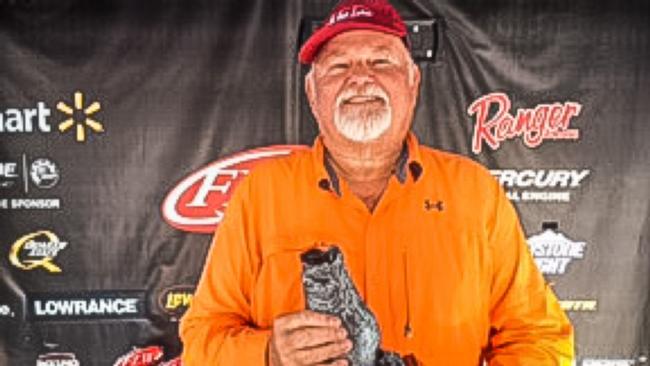 Ridley caught the biggest bass of the tournament in the co-angler division, a fish weighing 5 pounds, 11 ounces, and earned the Co-angler Big Bass award of $289.