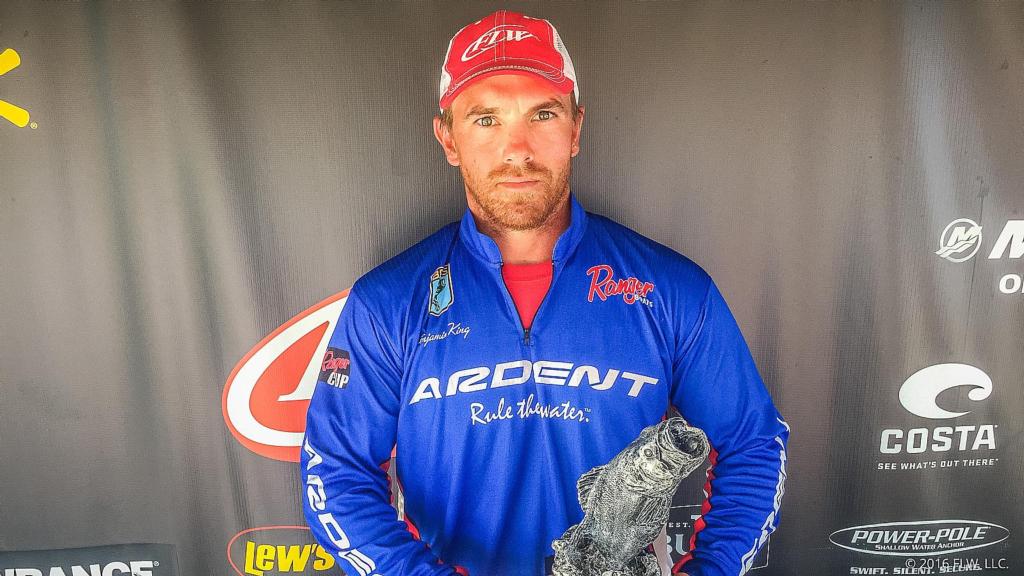 King split his tournament between two patterns – dragging a worm near flats with docks and flipping a creature bait to willows. He says his areas were spread out between Sailboat Bridge and Drowning Creek.

“I used a Mesu Baits shaky head with a worm on the flats, and I flipped a green-pumpkin Reaction Innovations Sweet Beaver in the willows,” says King, who earned his first career win in FLW competition. “I dragged the worm on the bottom from 6 inches to 2 feet of water.”

King says he moved a lot, fishing 15 to 20 areas each day of the event.

“I kept running because I wasn’t catching much,” says King. “The first day I had five keeper bites, and the second day I had six.”

“The Ardent equipment was really the difference maker for me,” says King. “It loaded up well, even with that little bait. I felt like I could cast a mile. If I saw one blow up on the flats, I was able to reach it.”

Stearnes caught a bass weighing 5 pounds, 7 ounces – the biggest of the tournament in the pro division – and earned the Boater Big Bass award of $885. 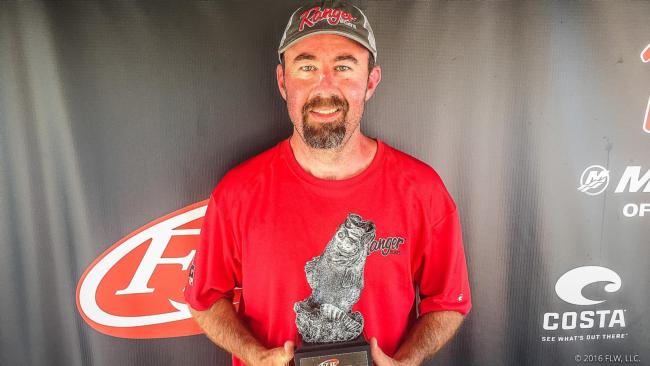 Bradfield caught the biggest bass of the tournament in the co-angler division, a fish weighing 4 pounds, 7 ounces, and earned the Co-angler Big Bass award of $221.