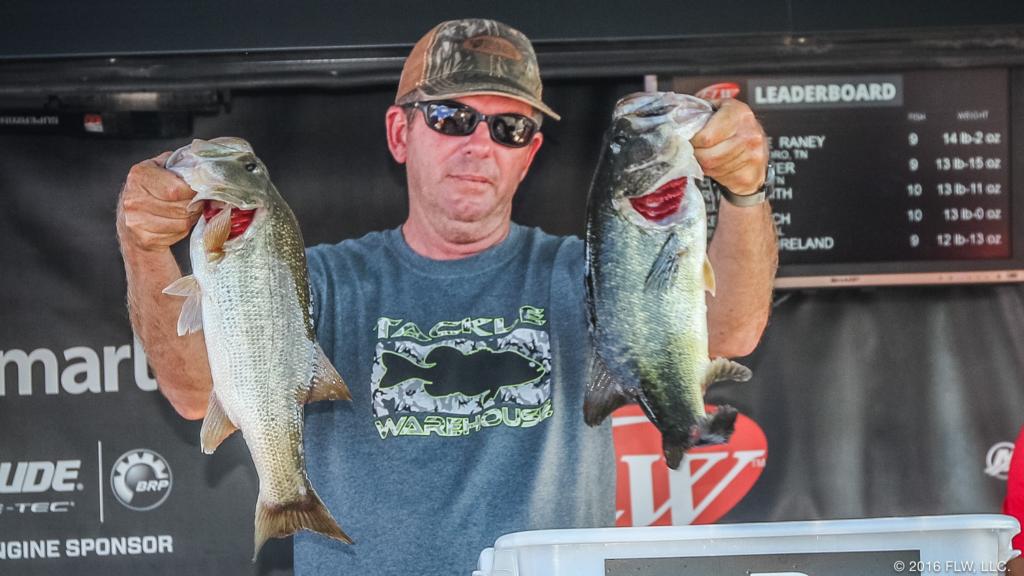 It was a tournament of firsts for Jason Nixon and Alex Hester, the winners of the boater and co-angler divisions, respectively, at the Lake Hartwell FLW Bass Fishing League Regional in Seneca, S.C., which took place Oct. 27-29. Although both anglers had won their share of money and trophies in past tournaments, but neither had won a boat before this tournament, and neither had ever qualified for the BFL All-American.

Both anglers completed those tasks over the weekend, qualifying for the All-American to be held at Pickwick Lake in May 2017, and leaving Lake Hartwell with a new Ranger boat.

Nixon, of Wetumpka, Ala., weighed in a five-bass limit on Saturday that pushed the scale to 13 pounds, 5 ounces to take first place with a three-day total weight of 31 pounds, 2 ounces. He earned a check for $20,000 on top of the new boat.

Nixon clawed and scraped his way into the top spot. Although he fished a consistent tournament, he wasn’t in particularly good shape after day two, as he sat in 10th place and All-American slots are reserved for the top six finishers. Luckily for Nixon, he saved his best bag for the last day, when the weights of most other anglers dropped off.

The majority of Nixon’s fish came on a SPRO Popping Frog in rainforest black. Most of his fish were caught in just two spots throughout three days of the tournament.

“I found three places during practice that had stained water, which is what I was looking for,” says Nixon, noting that stained water suits his style of fishing. “I rode all over the lake during practice, and those were the only three I found where there was stained water, and I caught fish in all three spots in practice. Then on the first day of the tournament, the water in my first spot wasn’t stained any longer. It was clear, and I didn’t catch a single fish on it. I went to my second spot and caught four fish. Then I went to my third spot and caught two more. Then on day two, I didn’t even go back to my first spot. I just fished the other two, and luckily caught what I needed.”

“Some fish would just swirl at it [the frog] but not touch it. But the ones that bit, they hit it hard and just about swallowed it,” he says. “One of my spots was in the middle of the lake, and the other one was in the lower end.” 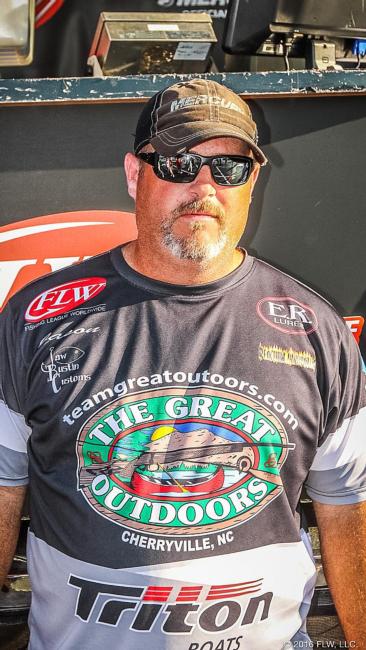 Jason Wilson of Lincolnton, N.C., took second place with a total weight of 28 pounds, 12 ounces, winning $10,200, which included the $200 Costa contingency prize money. Although he used a different lure than Nixon, Wilson’s tournament was similar, as he caught most of his fish on one lure throughout all three days of the tournament.

“I caught almost all my fish on an ER Lures Jig that is actually named after me. It [the color] is called Jason’s magic craw,” he says. “It’s a green pumpkin brown color, and it works pretty much anywhere.”

Using the jig, Wilson caught his fish by skipping docks. His strategy didn’t rely on finding a particular depth of water or docks that were near any other type of structure. His goal was simply to put his jig under as many docks as he could.

“I’m from North Carolina, and if you want to compete in our lakes, you’ve got to be able to skip docks, so that’s what I did here. I’ve found that if you put that jig under enough docks, you’re going to catch your share of fish,” he says. “I did notice that I caught a few fish on docks in deep pockets, but I didn’t have any preference for what was nearby. I just tried to hit as many docks as I could. I usually just make one cast on a dock, and if I don’t catch one on that cast, then I move on to the next dock.” 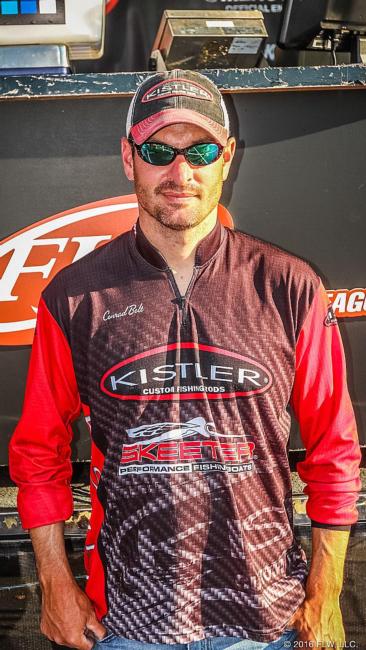 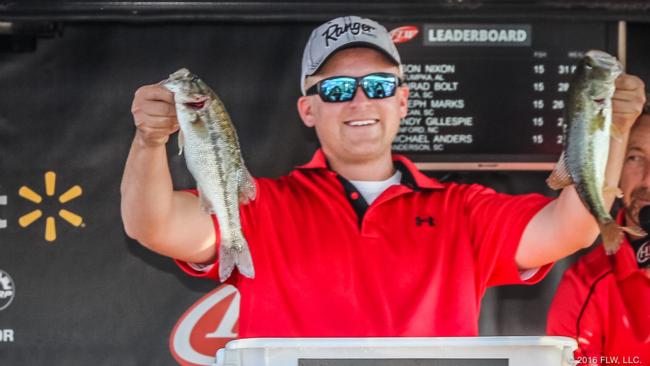 Alex Hester of Crossville, Tenn., earned his first trip to the All-American by winning the co-angler division of the Hartwell BFL Regional with a three-day total weight of 19 pounds, 12 ounces. Hester won a Ranger boat with an Evinrude outboard worth $45,000.

Hester’s top lure for the tournament was a shaky head, which he says he never goes fishing without, especially as a co-angler.

“It’s tough to fish three days with three different anglers and be able to fish a certain dominant pattern all three days,” says Hester. “You don’t know what angler you’re going to draw, or what style of fishing they’re going to want to do. So a shaky head is one of those lures that can give you a chance to make it to the final day no matter what kind of water you’re fishing. It’s not my favorite lure to fish, but it’s the one I know I can fish no matter what my angler decides to do.”

He says two things surprised him during the tournament. First, he was surprised that his angler on day one, Riley Yeargan, found some dirty water that was very productive. Second, Hester caught one of his fish in 30 feet of water.

The Lake Hartwell Regional featured the top boaters from the Bama, Music City, North Carolina and Piedmont divisions. Per FLW rules, the top six boaters and co-anglers qualified to compete in the 2017 FLW Bass Fishing League All-American, which is a televised event with a six-figure payday and a boater berth in the Forrest Wood Cup on the line. However, in this particular event, sixth-place co-angler Greg Ravitsky had previously qualified through the Kerr Lake Regional, so FLW extended an additional invite to seventh-place co-angler Marvin Godard.