Tennessee boater victorious at Lake of the Ozarks 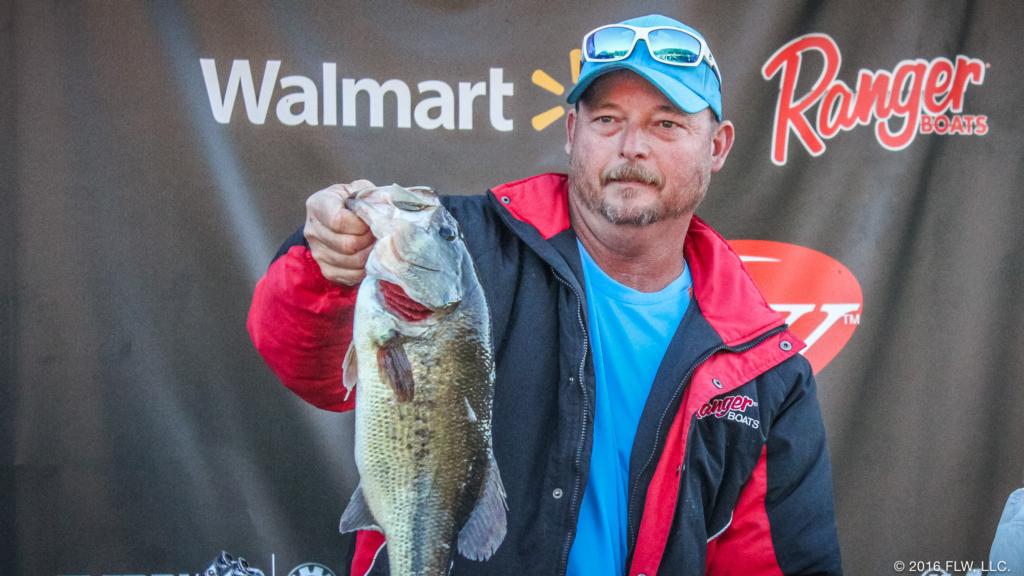 Jeff Knight of Cleveland, Tenn., capitalized on his opportunity to qualify for the 2017 FLW Bass Fishing League All-American by winning the 2016 Wild Card at Lake of the Ozarks Nov. 11-12. After taking the lead on day one with 21 pounds, Knight brought 17 pounds, 12 ounces to the scale on day two, winning by nearly 2 pounds with a total of 38 pounds, 12 ounces.

Two patterns prevailed among the leaders during the tournament. Flipping and pitching jigs was the pattern of choice for most, but there was a good topwater pattern as well.

Knight was in the jig camp.

“I was flipping docks with a jig in 10 to 12 feet of water both days,” he says. “All of my fish came from the back of boat slips on docks. I threw a 1/2-ounce jig in green pumpkin with a Strike King Rage Craw trailer. Once I discovered the pattern, I never picked up another bait.”

Knight found this pattern early in the Shawnee Bend area of the lake, a 12-mile run from the Public Beach No. 2 takeoff location.

“I stayed near the 9-mile marker the entire time both days. I focused on boat docks between Galena Point and Lynch Hollow.”

While his pattern did not produce many fish, Knight dialed in on solid keepers. In addition to an All-American berth, Knight also won $4,475 in an optional side pot. 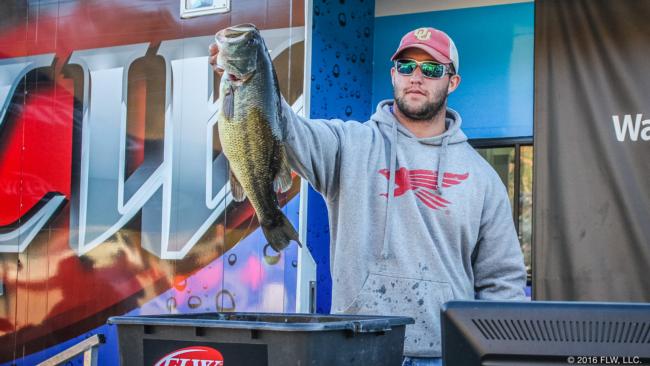 Second-place finisher Dylan Duncan exploited a strong topwater bite both days of the tournament and caught all of his bass with a River2Sea Whopper Plopper. He weighed in 36 pounds, 15 ounces.

“I focused on main-lake points with black rocks during the entire tournament,” he says. “When the fish hit they were trying to destroy the Whopper Plopper. Most of my bites came after 10 both mornings.”

All but one of Knight’s fish came from shallow water near the bank, and unlike many others anglers, Duncan fished points without any docks nearby.

It was not surprising that black rocks were key to Duncan’s pattern. Lake of the Ozarks’ shoreline is covered with these rocks in many areas of the lake. This dark chunk rock has proven many times to be key to a fall topwater bite, as shad tend to set up nearby as they migrate into the creeks.

Duncan targeted the main-lake area near the “Hawaiian Island” at the 4-mile marker of the lake. 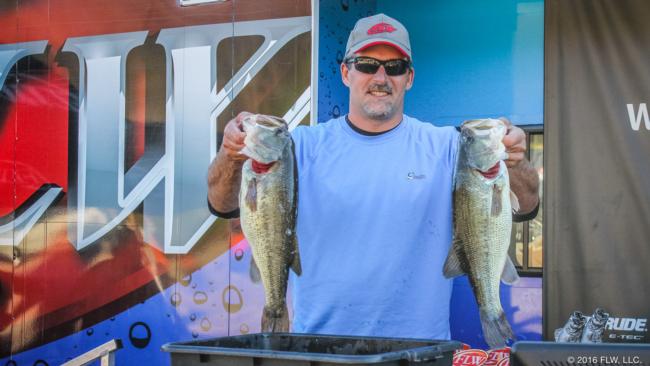 Bennie Mutter secured a third-place finish with a two-day total of 34 pounds. He used swim jigs and flipping jigs around docks about a mile and a half from the ramp just under the bridge where the Grand Glaize creek arm intersects with the Osage River.

The docks were located from the backs of the coves to about halfway out to the main lake.

“My biggest fish came on the swim jig,” he adds. “They would only bite it when I was swimming it as slow as I could near the ends of the docks.”

For flipping, he approached the docks differently.

“I would flip my jig toward the back of the docks, let it fall in about 5 feet of water, and if they didn’t hit it after it settled on the bottom I would reel in and make another flip. Dragging the jig on the bottom did not produce for me.” 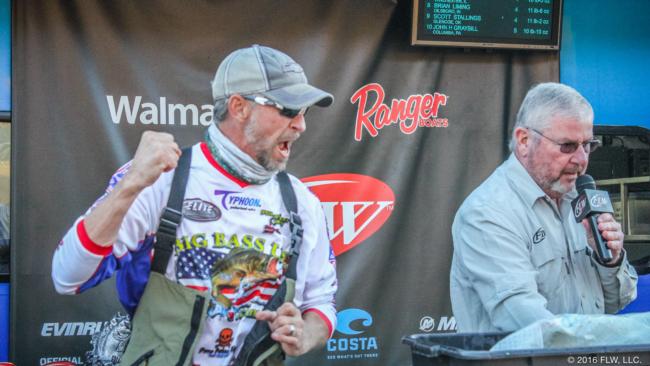 Co-angler Craig Rose was undoubtedly the most excited angler during the final weigh-in. When his two-day weight of 22 pounds, 6 ounces was announced, he could not keep his emotions in check. Rose responded with yelling, fist pumps and clapping when he took over the lead, which he never relinquished.

“I spiked the tail with chartreuse,” he adds. “I rigged the worm on a 1/4-ounce War Eagle shaky head.”

Rose spent the majority of his time casting the shaky head near and under docks in water from 1 to 7 feet deep.

“I got the most bites when my lure was near gravel, not big rocks,” he says. “Most of my fish came from the middle area of the main lake, but I did catch some in the Grand Glaize arm as well. When fishing from the back of the boat and things get tough, I use a shaky head a lot. That is what I have the most confidence in.”

The top six boaters and co-anglers at the Wild Card on Lake of the Ozarks qualified to compete in the 2017 FLW Bass Fishing League All-American, which is a televised event with a six-figure payday and a boater berth in the Forrest Wood Cup on the line.