Taylor Mixed it Up on Clarks Hill 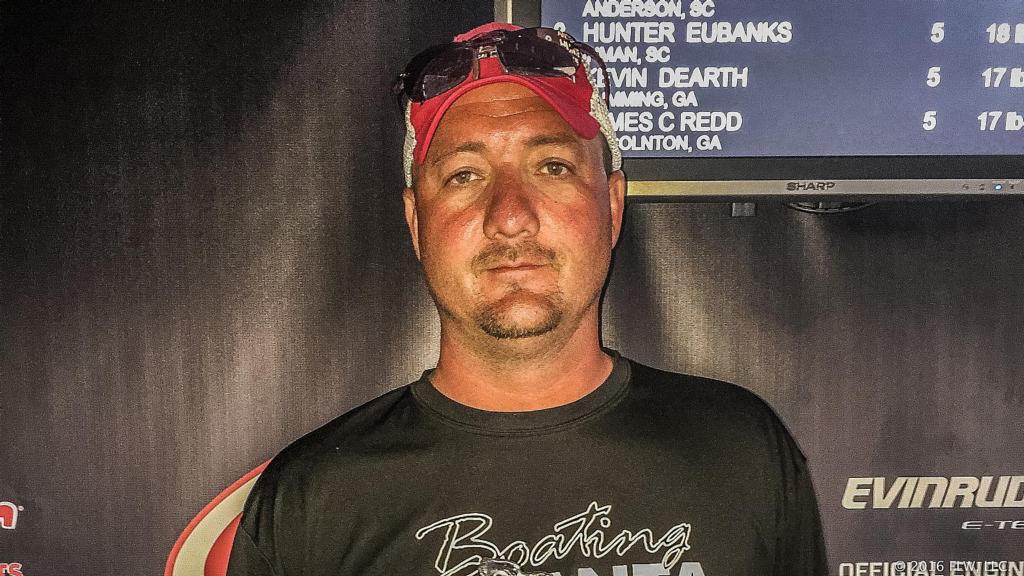 “I started out fishing a brush pile in about 20 feet of water,” says Taylor, who notched his third career-win in FLW competition. “The area was within three miles of the takeoff ramp and near the dam. After about 30 minutes, I caught my biggest bass on a green-pumpkin-colored Zoom Trick Worm, rigged on a shaky-head.”

According to Taylor, his other productive stop was a nearby creek channel swing that was covered with chunk rock. There he opted for an Alabama Craw-colored jig.

“The fish didn’t hit the jig until it was about 20-feet-down,” says Taylor. “Every time the jig would get caught up in the slime when I was reeling in, I’d give it a jerk and that’s when they would bite. I ended up catching two that I weighed in on that channel swing.”

Taylor was able to put eight keepers in the boat throughout the tournament.

“After a couple hours, the wind picked up so I ran along any bank that had a mud line,” says Taylor. “I used a white spinnerbait, and caught my last keeper fairly close to the takeoff ramp at 3:15 p.m. I guess it was my time to do well.”

Church caught a bass weighing 8 pounds even – the largest of the event – which earned him the day’s Boater Big Bass award of $900. 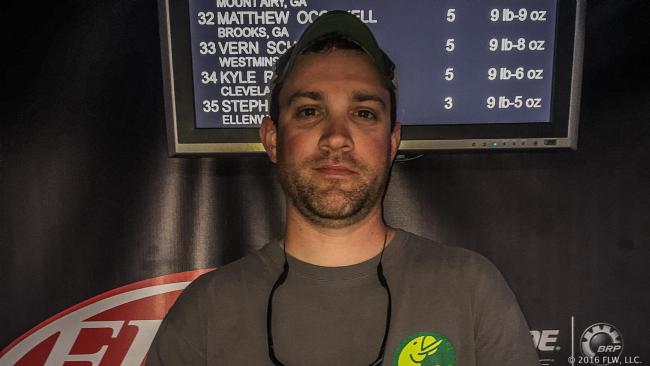 Matt Deufel of Grovetown, Georgia, weighed in five bass totaling 17 pounds, 10 ounces Saturday to win the Co-angler division and the top prize of $2,737.

Renee Price of Westminster, South Carolina, caught the biggest bass of the tournament in the co-angler division, a fish weighing 6 pounds, 15 ounces, and earned the day’s Co-angler Big Bass award of $435.