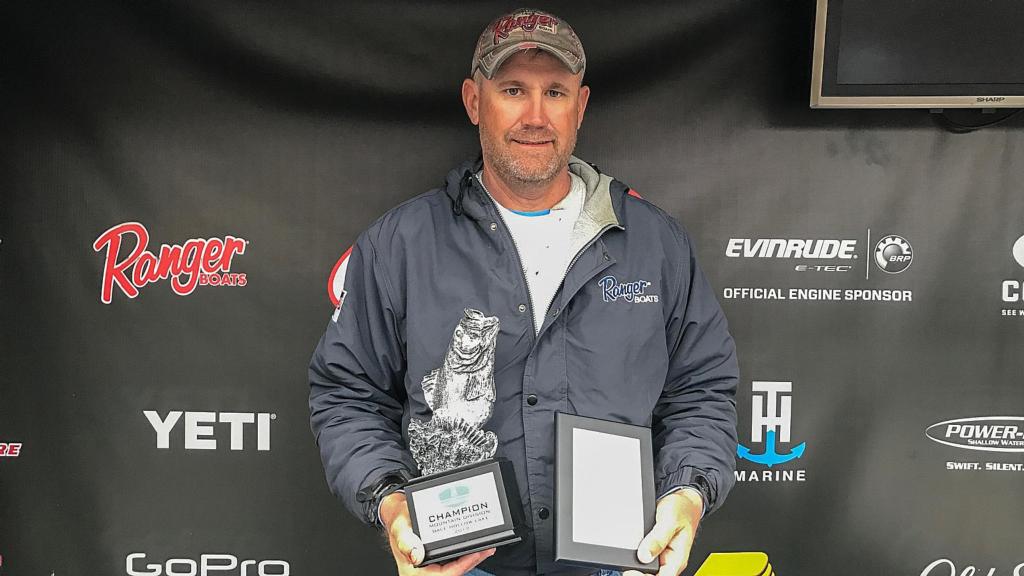 “I started off the day throwing a green-pumpkin-colored custom jig,” said Reagan, who earned his third career-win on Dale Hollow Lake in BFL competition. “I focused on mid-lake transition banks that had chunk rock. I caught a smallmouth and two largemouth bass before the wind really picked up.”

Reagan said that around 9:30 a.m. he switched to a ½-ounce Strike King spinnerbait. He said he continued running chunk rock banks and was up able to catch three more largemouth.

“I was sitting in 25 to 30 feet of water, but the bass were up shallower,” said Reagan. “They were stationed where the bluff walls turned into flats. I worked the lures to about 4 to 8 feet, which seemed to be the magic depth.”

Reagan said his heaviest catches came toward the end of the day.

“I finished off my day with the jig in more stained water,” said Reagan. “I put my two biggest bass in the boat by 1 p.m., which was a great way to wrap things up.”

One of Reagan’s bass – a 5-pound, 14-ouncer – was the heaviest weighed in at the event. The catch earned him the day’s Boater Big Bass award of $680. 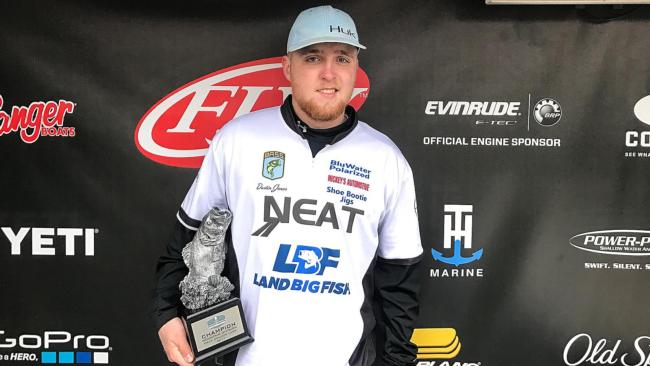 Welsh caught the biggest bass of the tournament in the Co-angler Division, a fish weighing 5 pounds, 6 ounces, and earned the day’s Co-angler Big Bass award of $340.