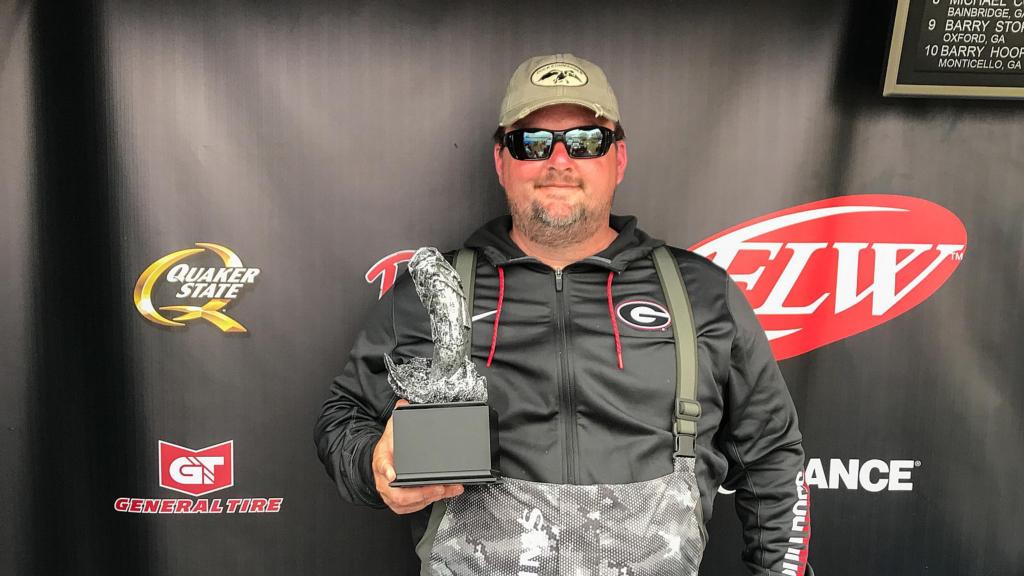 “I took off down the lake and turned into a little place where no one was fishing,” said York, a former FLW Tour pro who earned his first career-win in BFL competition. “I hadn’t caught anything there in weeks, but I pulled in and was able to catch a couple keepers off of a seawall.

“Those two catches told me what the bass were doing,” continued York. “When I caught them in that area, I knew I could concentrate on seawalls for the rest of the day. I fished in there for another 90 minutes, and then went to a couple of other spots that looked similar nearby.”

York said his bait of choice throughout the tournament was a green-pumpkin-colored Reaction Innovations Sweet Beaver.

“I threw the Sweet Beaver up to the seawall and worked it back 3 or 4 feet,” said York. “I’m usually popping and shaking that type of bait, but on Saturday dragging it slow was the deal.”

York said he caught his biggest bass around 2:30 p.m.

“I fired the Sweet Beaver out to a seawall in one of my pockets and caught it,” said York. “It was just one of those days you knew where they’d be active.”

Thomas Phares of Buckhead, Georgia, caught a bass weighing 7 pounds, 6 ounces – the largest of the event – which earned him the day’s Boater Big Bass award of $690. 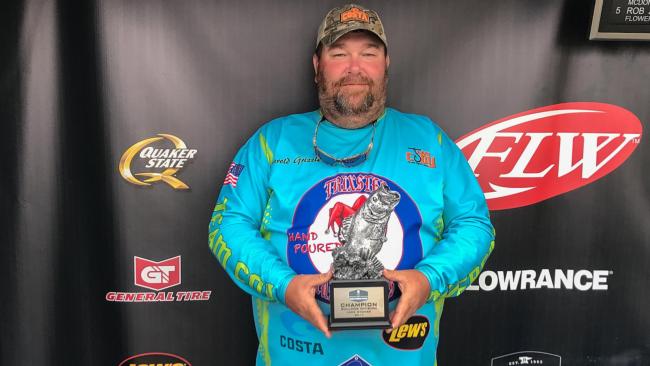 Harold Grizzle of Gainesville, Georgia, weighed in five bass totaling 15 pounds, 9 ounces Saturday to win the Co-angler Division and the top prize of $2,443.

Stephen Clay of Milledgeville, Georgia, caught the biggest bass of the tournament in the Co-angler Division, a fish weighing 6 pounds, 1 ounce, and earned the day’s Co-angler Big Bass award of $345.