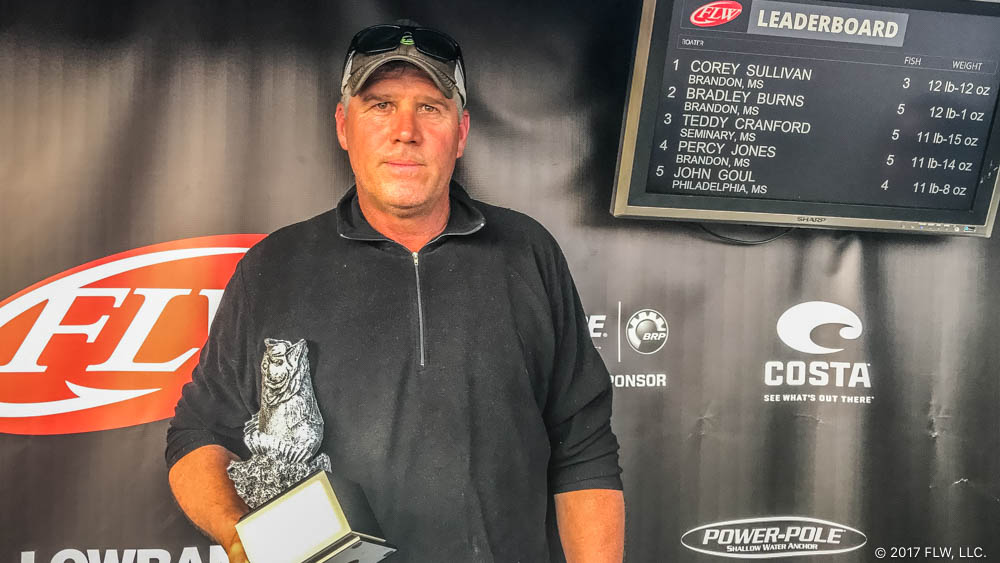 “In the morning I fished my go-to area but there wasn’t much action,” says Sullivan, who logged his first career-win in FLW competition. “When I left, I noticed there were a lot of boats scrambling. Those two observations told me it was going to be a slow day.

“I began running points with hard bottoms,” continues Sullivan. “I threw a black back and chartreuse-colored Strike King squarebill crankbait and caught one keeper. That catch told me where the bass were in terms of depth. Everyone else was expecting them to be shallow, but the water temperature had dropped. I knew I had to slow down, so that’s what I did.”

“Most of my bass came from 4½ to 5 feet of water,” says Sullivan. “Each of my three baits ended up producing a bass that I weighed in. I knew I had solid fish, but I didn’t think a few 3- or 4-pounders was going to win it. I was pleasantly surprised.”

Garrison caught a bass weighing 6 pounds, 12 ounces – the largest of the event – which earned him the day’s Boater Big Bass award of $875. 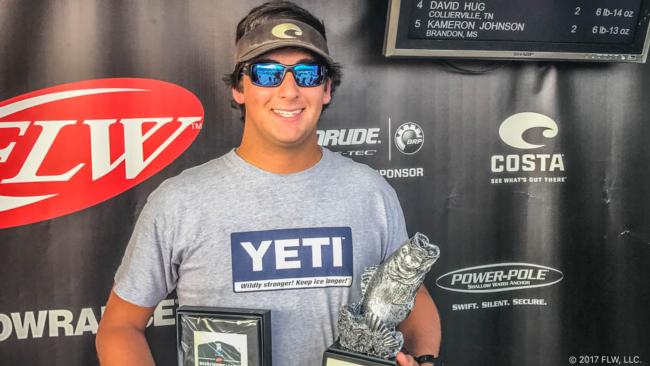 Nick Churchill of Jackson, Mississippi, weighed in five bass totaling 12 pounds, 10 ounces Saturday to win the Co-angler Division and the top prize of $3,317.

Churchill also caught the biggest bass of the tournament in the Co-angler Division, a fish weighing 4 pounds, 7 ounces. The catch earned him the day’s Co-angler Big Bass award of $427.