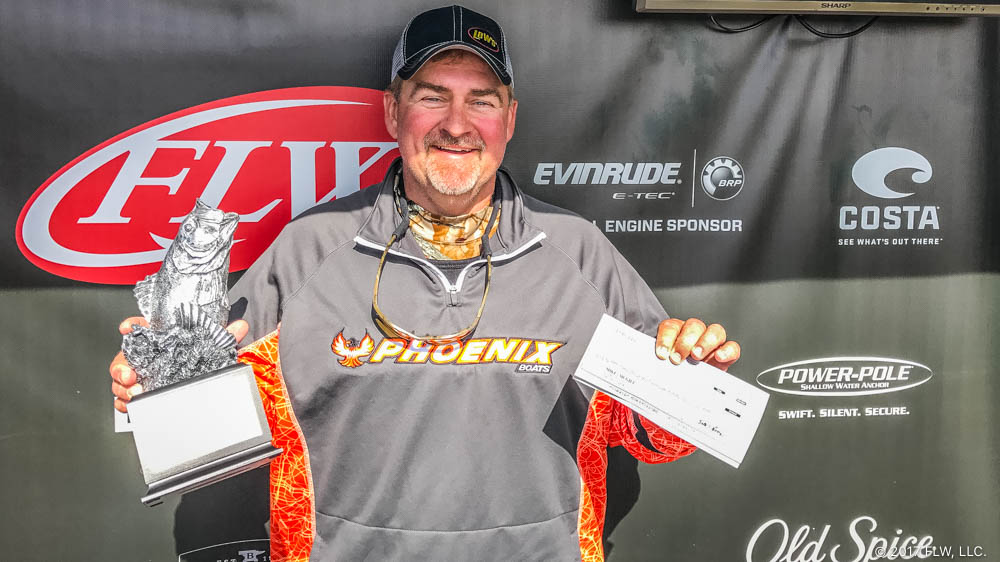 “It was a wonderful way to start the BFL season,” says McGill, who earned his first career-win in FLW competition. “The bass were prespawn and relating to rock that was close to deep water and spawning flats. Basically, I was hitting channel swings that came up onto the flat.

“The fish were shallower than I’d thought they’d be,” McGill continues. “The wind had them up farther, and the cold front made them relate to rock more than anything else. Of the six keepers I caught, two of my biggest fish came out of less than 3 feet of water.”

“I probably hit 15 to 20 of those transition areas,” sais McGill. “The squarebill did a little better on the north end of the lake where the water was a stained, while the heavier Red Eye Shad made it possible to fish in the wind.”

Michael Black of Toledo, Illinois, caught a bass weighing 6 pounds, 4 ounces – the heaviest of the event in the Boater Division – which earned him the day’s Boater Big Bass award of $465. 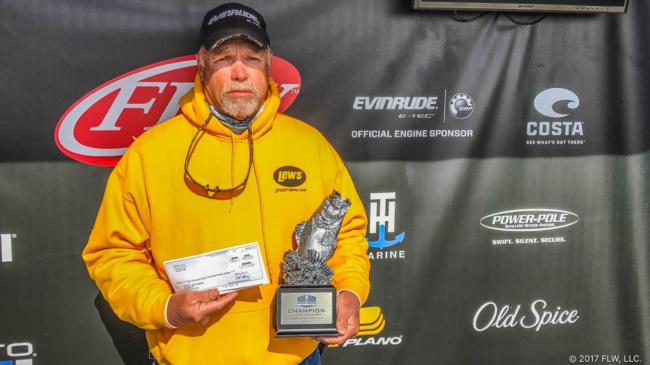 Scott McCleery of Winchester, Illinois, weighed in five bass totaling 14 pounds, 12 ounces Saturday to win the Co-angler Division and the top prize of $1,816.