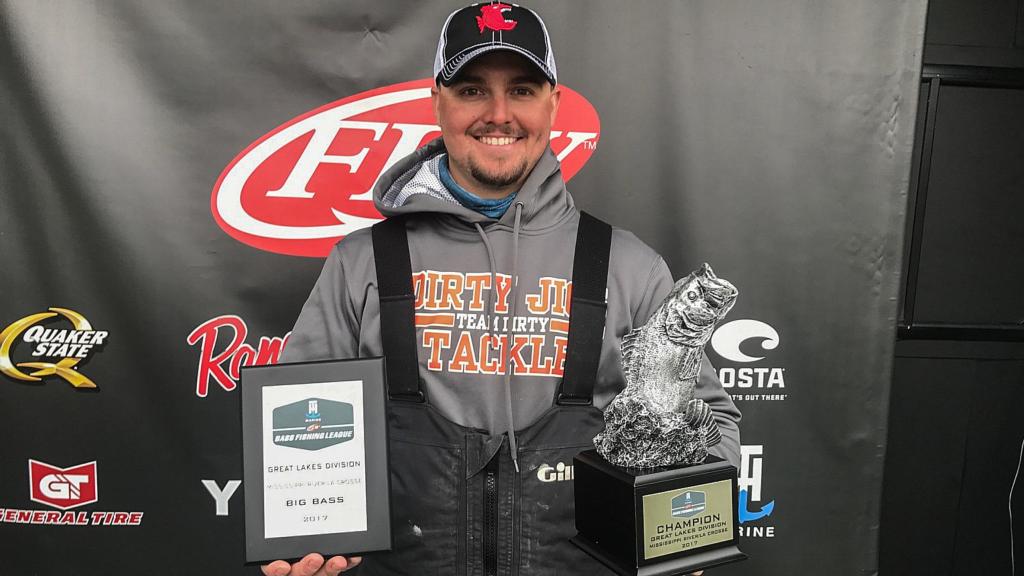 Laufenberg said he split his day between two areas he had found in practice – one on the north end of Pool No. 8, and the other on the south end. He said he put around 20 pounds of bass in the boat on the lower end within 30 minutes, including a 3-pounder on his first cast.

“I was fishing a wing dam near a spawning area,” said Laufenberg, a former standout YETI FLW College Fishing angler who now has four career-victories in FLW competition. “There was a special spot in there that you had to pinpoint with your cast. It was about as big as my boat deck. There was some sand that created a current seam and I was focusing right where the current met the slackwater.

“The location was crucial,” continued Laufenberg. “Any fish that were in that spawning area were pulled out because of a cold front that had passed through.”

Laufenberg said he caught everything he weighed in on a 5-inch Pearly Shad-colored Big Bite Baits Suicide Shad swimbait on a 1/8-ounce Gamakatsu Superline Swimbait Head. He said he caught 30 to 40 bass throughout his day, and that his limit that he brought to the scale consisted entirely of smallmouth.

“I finished out the event in the mouth of a small spawning pocket on the north end where two points came together,” said Laufenberg. “The fish were positioned right between them. I just rolled the swimbait through and ended up culling out three more fish. It was incredible.”

Laufenberg also caught a bass weighing 6 pounds, 4 ounces – the heaviest of the event in the Boater Division – which earned him the day’s Boater Big Bass award of $770. 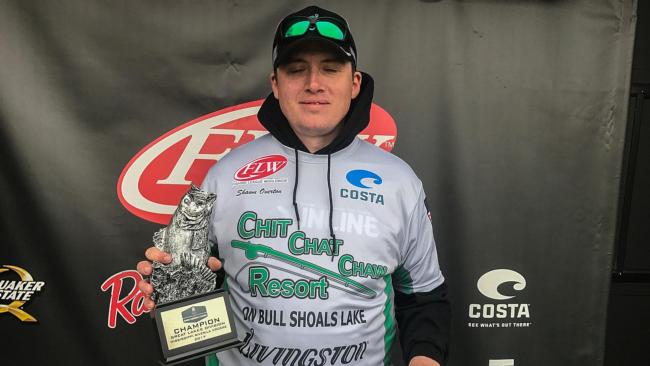 Shawn Overton of Coal Valley, Illinois, won the Co-angler Division and $2,623 Saturday after bringing a five-bass limit totaling 15 pounds, 1 ounce to the scale.

Tom Zenanko of Prior Lake, Minnesota, caught the biggest bass among Co-angler Division anglers, a fish weighing 4 pounds, 13 ounces. The catch earned him the day’s Co-angler Big Bass award of $192.