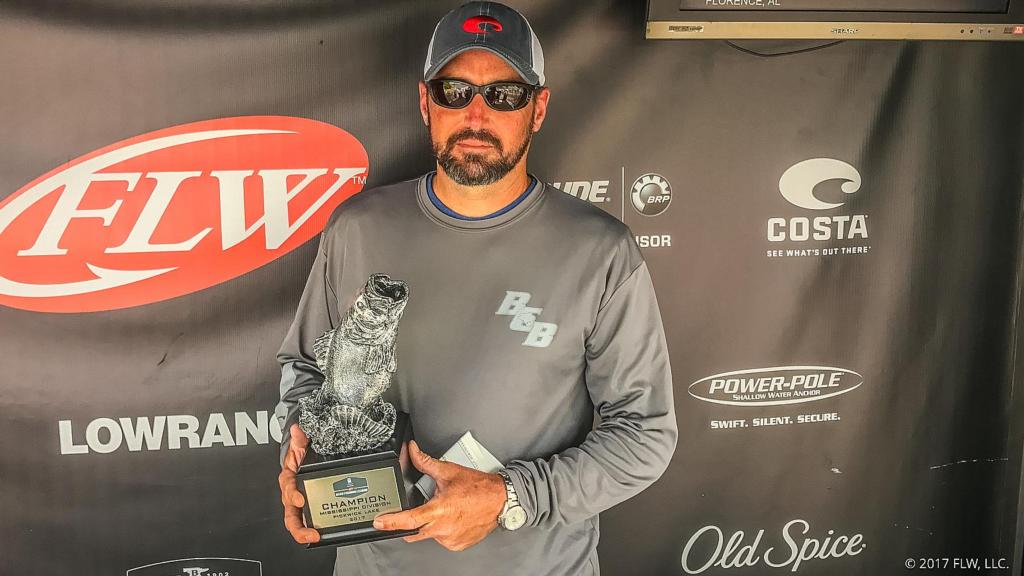 Watts said he threw a jig along bluff walls near the takeoff ramp to get his day started. He was able to put three keepers in the boat before moving to locations between Indian Creek and Yellow Creek.

“I had four areas that I liked – two humps and two flats,” says Watts, who earned his first career-victory in FLW competition. “I sat in 25 feet of water and fished in anywhere from 15 to 18 feet. I would focus on one area for about 45 minutes and then move on. They ate well in each when we’d first pull up then they’d die off.”

Watts said he used one lure to catch his fish – a Strike King 6XD Crankbait in Sexy Blue Back Herring and Sexy Shad colors. He said he caught approximately 15 keepers throughout the tournament.

“I think the fish were relating to the drops and rock on the bottom – they’ll stack on them,” says Watts. “It’s a basic early-Summer pattern when they first get off the spawning beds.”

Stegall caught a bass weighing 7 pounds, 4 ounces – the heaviest of the event in the Boater Division – which earned him the day’s Boater Big Bass award of $760. 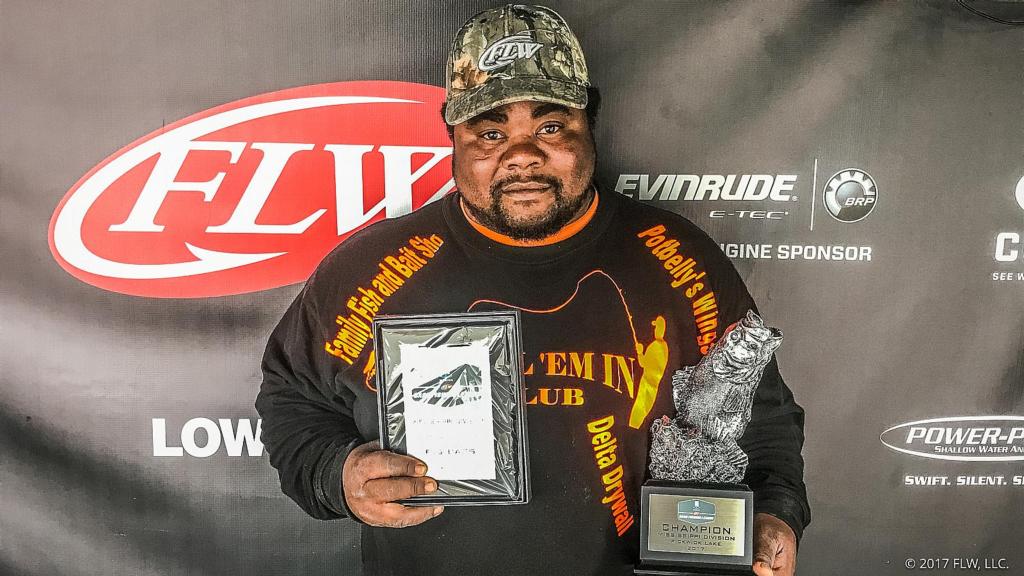