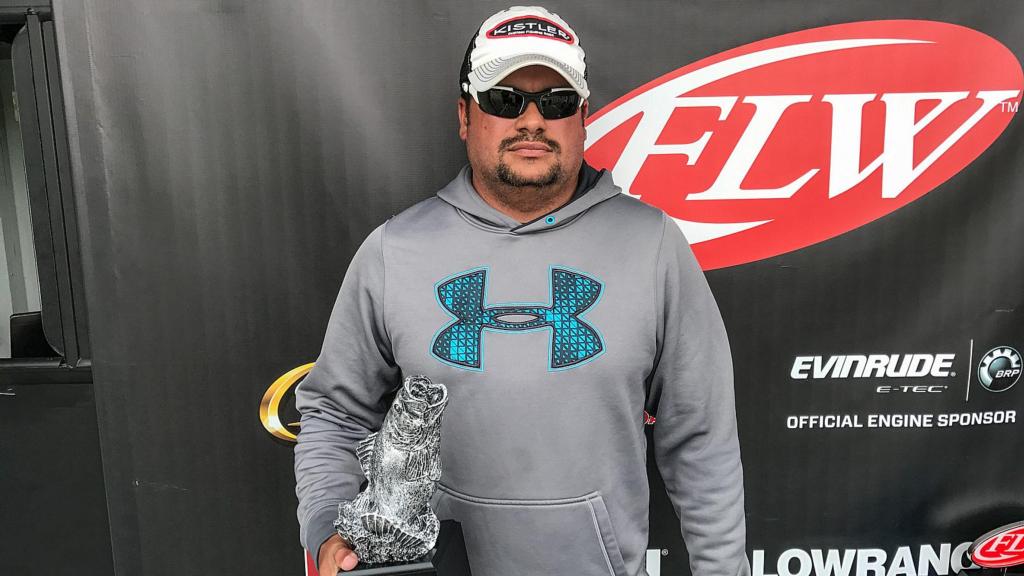 Lunceford said that all of the fish that he caught Saturday came via flipping bushes. He fished a 5 to 6 mile stretch, starting a mile east of Standing Rock and fishing all the way to Duchess Creek.

“I live on the lake, so I knew that flipping bushes was going to be the main pattern,” Lunceford said. “I only caught nine fish throughout the day, and four of them were not keepers. I actually lost a 3- and a 4-pounder, and I probably should have weighed in 18 or 19 pounds. Luckily my 16 pounds was enough to get it done.”

Lunceford said that he rotated through three different flipping baits throughout the day – a Reaction Innovations Sweet Beaver, a Strike King Rodent and a Gene Larew Salt Craw.

“I worked my way through Duchess all the way up in to Mud Creek,” Lunceford said. “The water was rising, so it eliminated a lot of water that I had wanted to fish. I knew that the fish would be in the bushes, so I just kept my head down and stayed with it.”

Allen Rude of Pauls Valley, Oklahoma, caught a 5-pound, 6-ounce bass, which was the heaviest of the tournament in the Boater Division. The catch earned him the day’s Boater Big Bass award of $720. 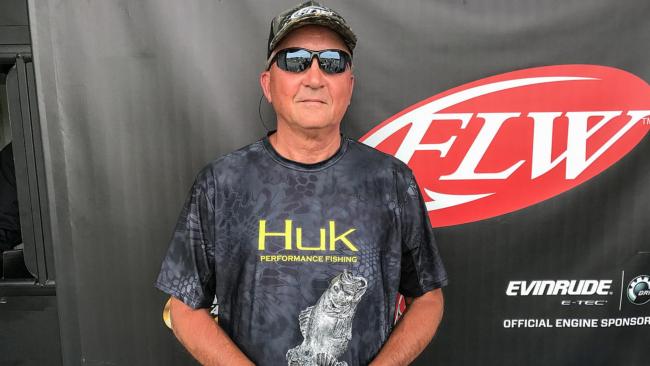 David Lansford of Muskogee, Oklahoma, weighed in five bass totaling 15 pounds, 10 ounces Saturday to win the Co-angler Division and the top prize of $2,415.

Brandon Beaver of Durant, Oklahoma, weighed a 5-pound, 12-ounce bass which earned him the day’s Co-angler Big Bass award and $360.

The T-H Marine BFL at Lake Eufaula was hosted by the City of McAlester.

The top 45 boaters and co-anglers in the region based on point standings, along with the five winners in each qualifying event, will be entered in the Oct. 19-21 BFL Regional Championship on the Red River in Shreveport, Louisiana. Boaters will compete for a top award of a Ranger Z518C with a 200-horsepower Evinrude outboard and $20,000, while co-anglers will fish for a new Ranger Z518C with a 200-horsepower Evinrude outboard.