The scoop on the fishing on Pickwick 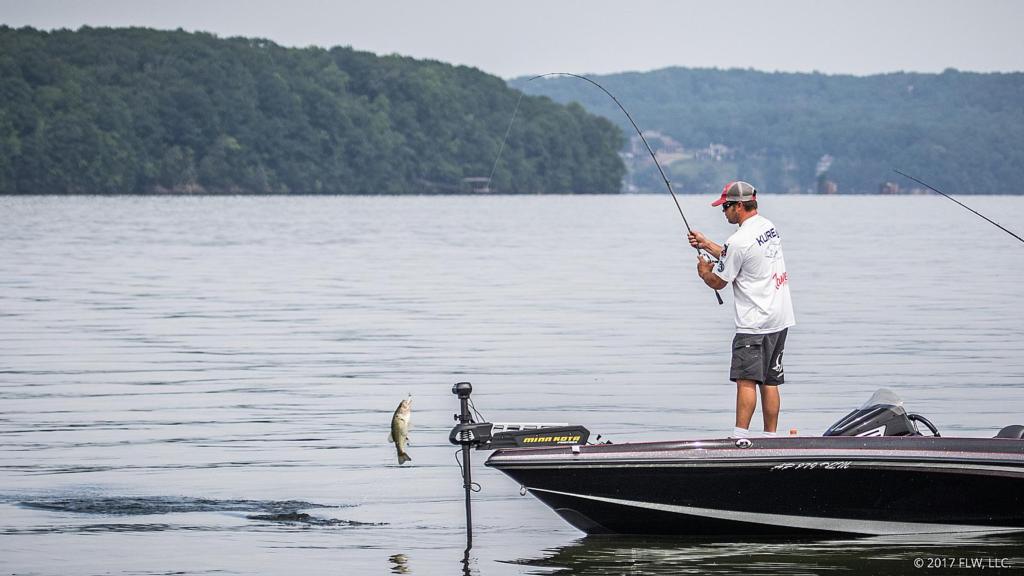 Marshall Deakins took the early lead in the T-H Marine BFL All-American on Pickwick with 24 pounds, 6 ounces. Behind him, pros mostly focused on the ledges the Tennessee River impoundment is famous for, and the fishing was solid, but not spectacular, for many of the other competitors. 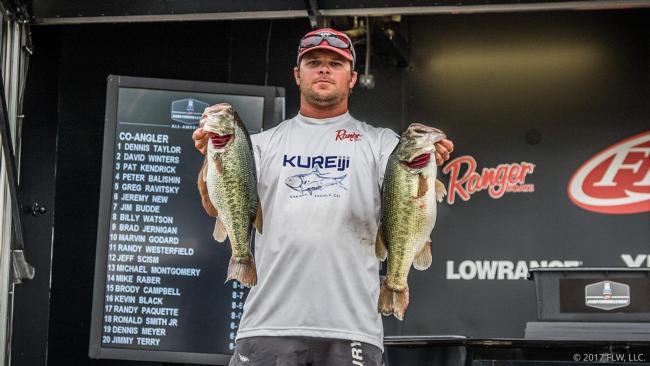 Things may not have started off exactly as Mike Brueggen would have liked, but at the end of day one, the boater from Lacrosse, Wis., found himself in second place with 21 pounds, 8 ounces.

“I was on my third spot before I had a keeper,” Brueggen says. “I wasn’t concerned because I had my plan boiled down to 16 hours of fishing. I knew I had two days for sure, so I just fished where I thought I needed to fish. I think it helped that I didn’t idle over them, because they get idled over a lot.

“I had three good flurries and four bigger-than-average fish. You can’t plan for that; all you can do is fish hard for eight hours.”

Brueggen targeted ledges in water 13 to 33 feet deep and found the early morning hours most productive. Fishing a swimbait and a Scrounger with a Castaic Jerky J, he had his two biggest bass in the boat before 8 o’clock. 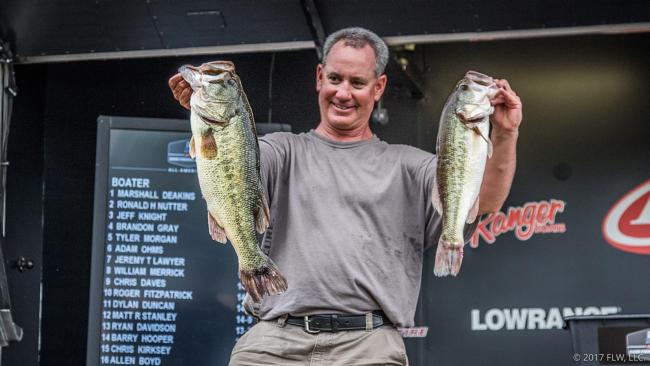 Fighting through frustration and capitalizing on opportunity marked the path to success for Ronald Nutter, who sits in third with 20-7.

“In practice, I cut all the hook off my baits and had about 100 bites where the fish wouldn’t let go until they jumped and threw the bait,” Nutter says. “Today, I didn’t even get a limit until noon. The current slowed and the sun went away today. We needed that sun to position the fish for feeding.”

So, how did he combat today’s unfavorable conditions?

After crankbaits failed to produce during practice, Nutter ditched the reaction baits and fished slowly with jigs, Senkos and Texas-rigged worms in 16-18 feet. 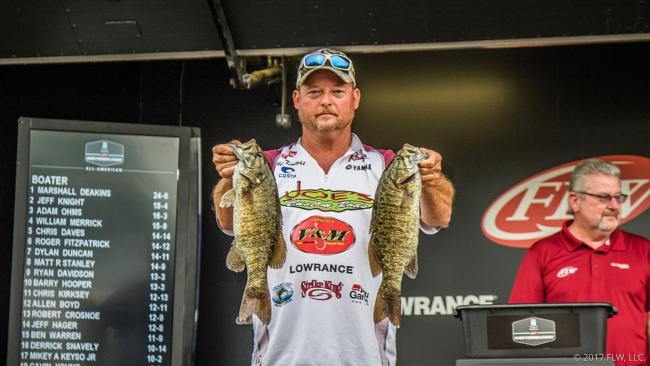 Drawing on his deep-ledge experience from his Lake Chickamauga home waters, Jeff Knight targeted schools of bass in water up to 52 feet deep and sacked a catch of 18 pounds, 4 ounces. With four distinct groups of fish on his target list, the Cleveland, Tenn., boater caught all of his fish on a 3/4-ounce football jig with a Strike King Rage Craw trailer.

“I just graphed the areas and you could see those fish suspended over those deep rocks,” Knight says. “We probably caught 50 fish today.

“I pulled up on the first spot this morning and they were biting like sharks. I had three keepers in the boat in three casts. I had a limit in the boat by 8:30.” 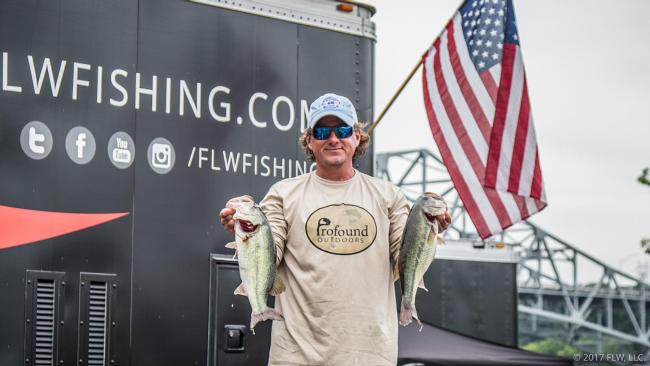 Describing his day as a head-scratcher, Brent Anderson says his money spot yielded only chump change. Forced to improvise, he was able to assemble a limit of 17-6 and take fifth place.

“I started on a shallow place I found two weeks ago where I caught two 4 1/2-pounders on a crankbait and they had about 20 big ones swimming with them,” Anderson reveals. “I caught about 30 to 40 bass there today and when I left there I had 11 pounds. So that was going to be my big-fish strategy.

“From then, I went looking for deep schools and if they were open, I fished them. I slowly culled up throughout the day.”

Anderson says he caught his fish on a Z Boss 22 crankbait, swimbaits and jigs.